Lionel Messi Barcelona player is expecting his third child with wife Antonella Antonella announced by sharing a photo of herself with Messi and the kids touching her stomach. 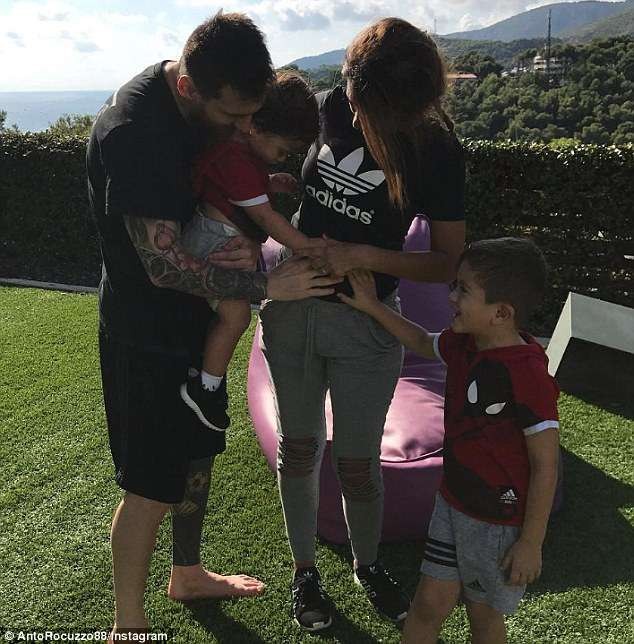 Barcelona star Lionel Messi and his wife Antonella Roccuzzo are expecting their third child together.

Messi and Antonella who got married in the summer have two children already, Thiago (born 2012) and Mateo (born 2015).

The pregnancy news was announced on Antonella’s Instagram page where she shared a photo of herself with Messi and the kids.

In the photo, Messi and his sons are touching the stomach of Antonella. ‘Familia de 5’ she captained it.

It was also at the same time that the 30-year-old posted a photo of him with his two sons on his own Instagram.

Messi and Antonella have known each other since they were kids but only began dating in 2008 when he was 20.

They officially became husband and wife in June 2017 at a big wedding which took at the luxurious Hotel City Center in their hometown of Rosario.

About 260 guests which included Messi’s Argentina and Barcelona teammates attended the wedding.