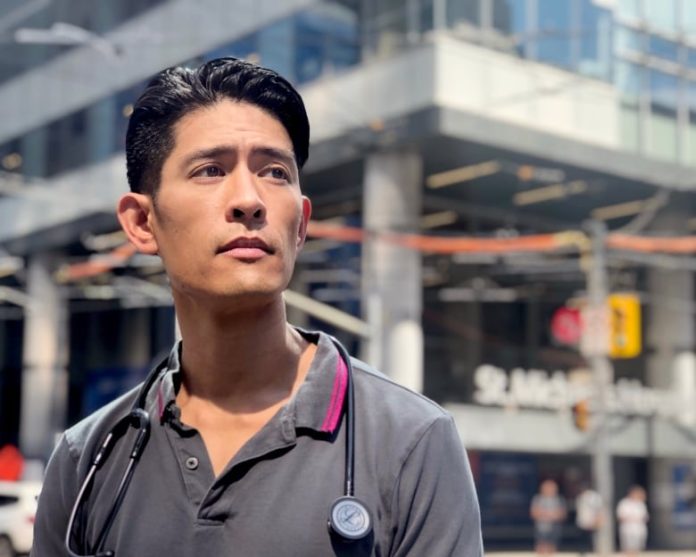 As an unprecedented global monkeypox outbreak keeps growing, Canada remains opaque about its vaccine stockpile — even as advocates and medical experts warn the country may lack enough supply to meet current demand, with many Canadians being offered just one round of what’s typically a two-dose shot in order to stretch supplies.

Countries are also hastily procuring more vaccine shipments while a key manufacturer is striving to keep up with global orders, all to stop the spread of a virus that has struck more than 14,000 people globally so far this year.

“Every effort must be made to contain this infection,” Dr. Rosamund Lewis, the World Health Organization’s technical lead for monkeypox, told CBC News.

More than 600 cases of monkeypox virus, or MPXV, have been identified in Canada to date.

An often painful, lengthy illness, which remains contagious until lesions are fully healed, the current MPXV outbreak is overwhelmingly affecting men who have sex with men, though the virus is typically known for infecting people more broadly, including women and children.

Decades after the end of widespread smallpox vaccination — which offered cross-protection against this virus as well — there is now a “large pool of susceptible people all around the world,” Lewis said.

So will enough people gain protection in time to stop these outbreaks and prevent MPXV from taking hold? Some medical experts are hopeful — but given the concern around vaccine supply as cases continue to rise in Canada and the world, others aren’t so sure this virus will be contained.

As MPXV cases rose in Canada in recent weeks, so did the number of vaccines being offered.

In major cities in Ontario and Quebec, which have experienced roughly 90 per cent of the country’s monkeypox cases, more than 20,000 shots have been doled out so far.

One front-line physician in Toronto told CBC News that while new patients with the virus keep seeking treatment, demand for the shots is starting to slow.

“We did have excellent uptake, right at the start of the vaccine rollout in May and June, but we need to continue to scale it up,” said Dr. Darrell Tan, an infectious disease specialist at St. Michael’s Hospital who is currently treating about 10 MPXV patients.

It’s too early to say if cases will stabilize, and for now vaccine supply appears to be limited, he said, adding it would be “devastating” if these outbreaks aren’t contained and the virus establishes itself long-term within sexual networks.

In B.C., where there are now 40 confirmed cases and counting, vaccines are being distributed at men’s health clinics and bathhouses in Vancouver. There, local officials warned demand is already far outpacing the supply provided through the federal stockpile.

“We have big outbreaks happening in Toronto and in Montreal, and so they’ve requested big amounts of vaccines,” Dr. Mark Lysyshyn, deputy chief medical health officer with Vancouver Coastal Health, told CBC News in mid-July. “We have a smaller outbreak here, but we want to avoid getting into the situation that they’re seeing there.”

On the East Coast, there are no known MPXV infections. But with cases popping up in more Canadian towns and provinces, far from the original hot spots — including 12 in Alberta and two in Saskatchewan — Halifax resident David Gosine wanted to get vaccinated before the virus spread into his city. He also assumed he could get a shot locally.

“But it was much more difficult than that,” he said.

Gosine tried a local travel clinic, a sexual health facility, and his family physician. None were able to obtain an Imvamune dose. Instead, he flew to Montreal for a nine-hour layover just to visit a vaccination clinic — gaining eligibility for the shot under Quebec’s rules, since he intends to travel back for the city’s Pride festival in early August.

“I wonder why we’re not being proactive in public health on the East Coast and other parts of Canada that are considered, in the greater scheme of Canada, as rural?” he questioned.

While some regions of the country may have limited vaccine access so far, those doling out the most shots are also using them sparingly.

The vaccine being offered is Imvamune, from Danish vaccine developer Bavarian Nordic. Health Canada first approved the shot in 2013 for immunization against smallpox — a virus long eradicated globally thanks to widespread vaccination campaigns — in case of a future public health emergency.

Typically, Imvamune is a two-dose shot, given 28 days apart, with the option for a booster two years later.

But in guidance for health-care professionals released in mid-June, Ontario said it would be using a “ring vaccination approach” and offering just a single dose in areas with confirmed cases — given the “current limited supply” of vaccines.

The province is not looking to expand its vaccination strategy, Ontario’s chief medical officer of health Dr. Kieran Moore said earlier this month, adding that the strategy “appears to be working.”

“We’re reviewing if we have to go back to those … individuals and provide a second dose,” he said at the time. 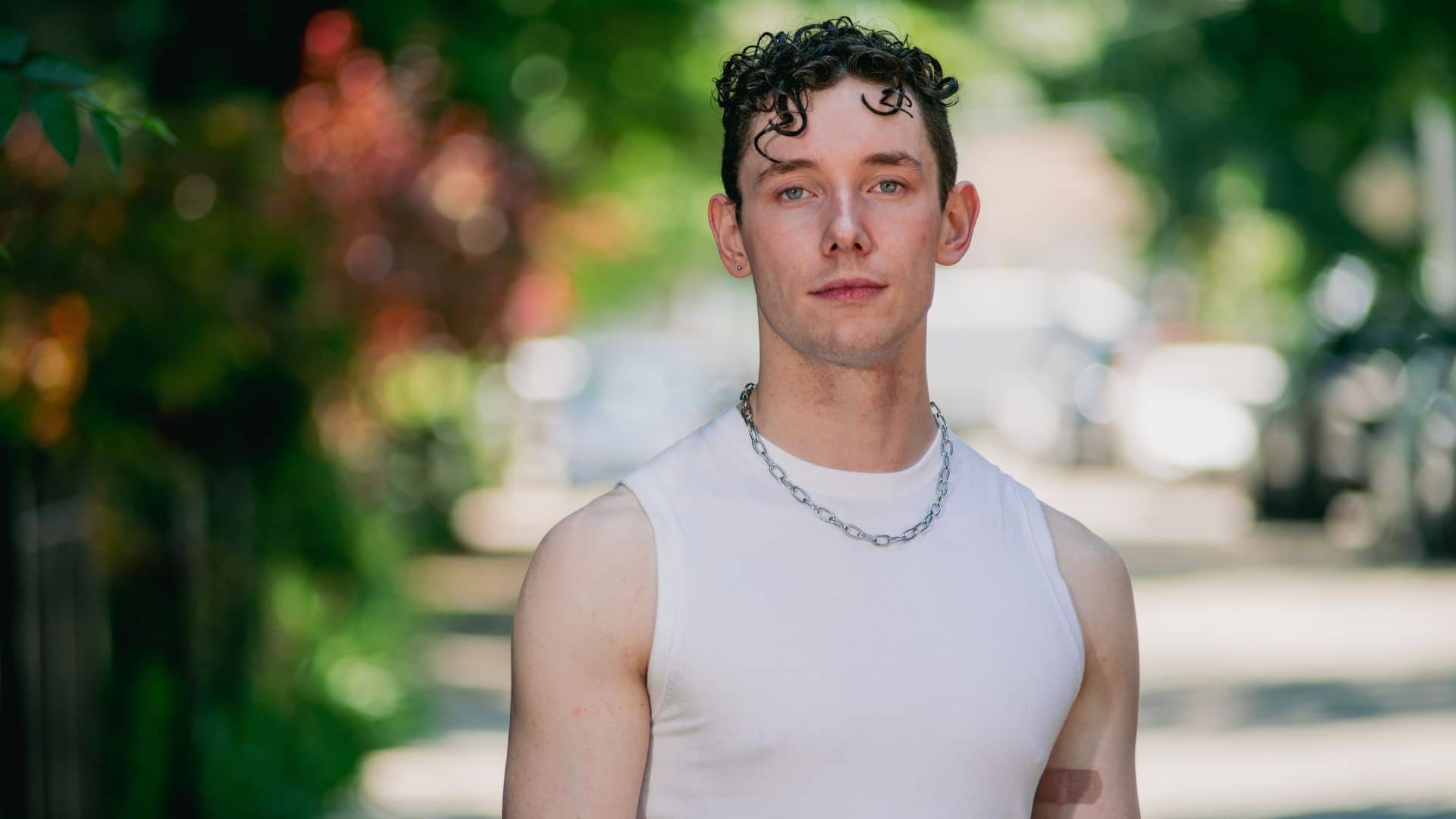 A Toronto resident shares his experience recovering from monkeypox, while officials and advocates say more support is needed for patients during the long weeks of isolation.

Dr. Réjean Thomas, a family physician at l’Actuel, a centre for sexual health in Montreal, is concerned a similar approach in his area may be leaving people at risk if they’re exposed to the virus, since it strays from the typical dosing timeline.

“Because of this lag in vaccines, we’re giving one dose,” he said. “So what will happen with the effectiveness of the vaccine? We’re worried.”

However, the company itself isn’t deterring countries from taking a one-dose approach for the time being while supplies are tight. In an interview with Science, Bavarian Nordic CEO Paul Chaplin, an immunologist, said immune memory is strong enough after a single shot that even a booster given two years later leads to the same immune response you’d see on the standard vaccination schedule.

University of Manitoba virologist Jason Kindrachuk agreed data presented so far show a solid immune response even after one dose.

“As a single dose will provide greater coverage in a time with supply concerns, there is reason to this plan,” he said in an email.

Canada’s vaccine advisory body — the National Advisory Committee on Immunization (NACI) — suggests one shot can be offered for people post-exposure to MPXV, while a second dose “may be offered” after 28 days if an assessment indicates a predictable, ongoing risk of exposure.

But in guidance issued for pre-exposure vaccination, which focuses only on people at a high risk of “occupational exposure in a laboratory research setting,” NACI recommends that Imvamune may be offered and given as two doses.

Deliveries not expected until 2023

Canada’s vaccination efforts to date suggest a rapid response to this emerging crisis, albeit one that could be stymied by limited supply if cases continue creeping up across more parts of the country.

In an email to the Public Health Agency of Canada (PHAC), CBC News asked how many vaccine doses for MPXV have been delivered and received by the provinces; how many doses have been ordered; and whether a one-dose approach is being used everywhere in Canada.

However, Health Canada and PHAC spokesperson Mark Johnson did not provide specific details, including the number of doses ordered, delivered, or received.

“PHAC does not disclose details concerning medical countermeasures held by the National Emergency Strategic Stockpile, including types or quantities, due to security and confidentiality implications and requirements,” he wrote.

Bavarian Nordic noted in a June news release that PHAC was purchasing an undisclosed number of Imvamune doses under a five-year contract at a value of roughly $56 million US, or $72 million Cdn.

Deliveries aren’t expected to begin until 2023, a little more than five months from now.

CBC News also posed questions around vaccination efforts to federal Climate and Environment Minister Steven Guilbeault during a funding announcement on Thursday, where he was outlining support for community organizations to address MPXV.

“Some people are getting a second dose of the vaccine — immunosuppressed people are — but we are working hard to acquire more vaccines and we’re confident that we will have enough vaccines to meet the demand to face this outbreak,” he said. 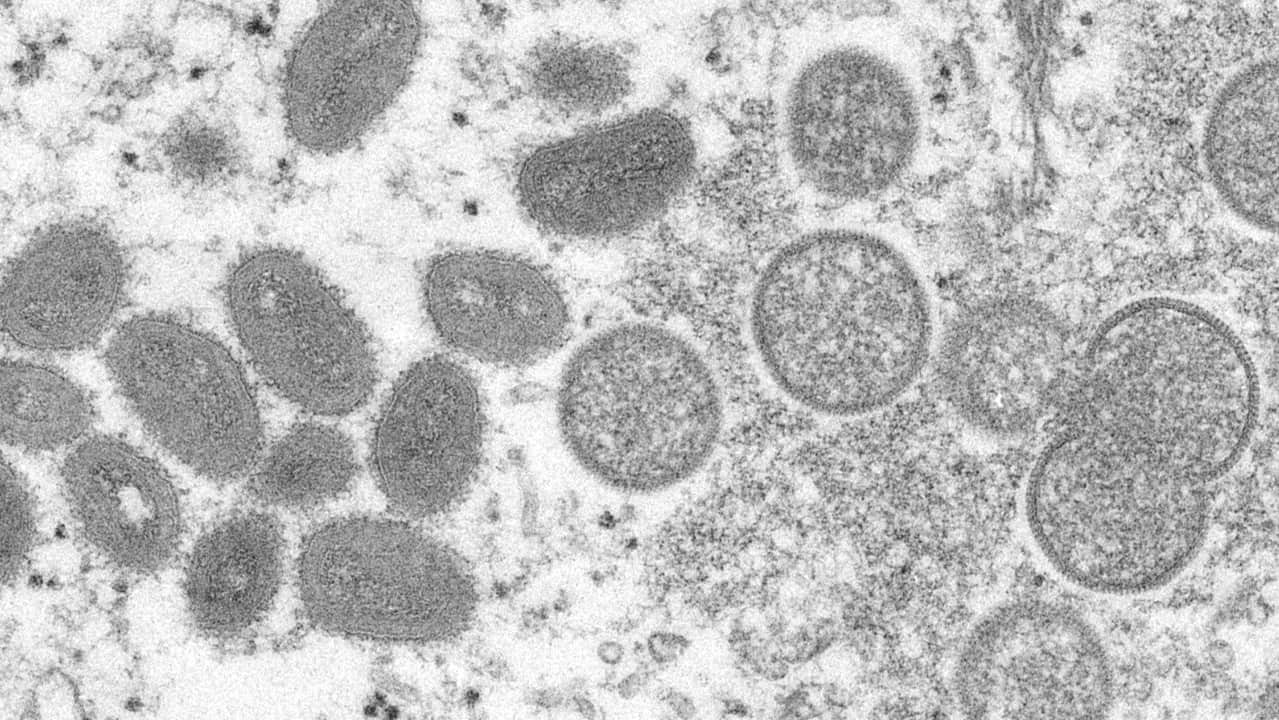 There is growing frustration in the United States over the government’s response to the monkeypox outbreak, because testing capacity is limited, there are not enough vaccines, and some patients are struggling to find treatment.

In the U.S., however, officials say demand for MPXV shots is already outpacing the country’s supply. That country is now ordering millions of doses; so are various countries in Europe.

“In this unprecedented situation, [Bavarian Nordic] is making every possible effort to ensure sufficient availability of vaccines to meet the current demand,” the company said on July 18.

While there may be delays getting shots, Dr. Anu Hazra, program director for the infectious diseases fellowship at the University of Chicago, said it’s important to remember that the world doesn’t have to wait for vaccine development in this case.

“If we can have a concerted effort to do … comprehensive testing, tracing and vaccinations, I do think we can get a hold of this.” Still, he added, the world has “definitely been behind the ball” in terms of trying to catch up to the actual number of cases.

“Expect major shortages of vaccine among frustrated at-risk individuals for many months to come,” wrote Michael Osterholm, director of the Center for Infectious Disease Research and Policy at the University of Minnesota, and Bruce Gellin, chief of global public health strategy at The Rockefeller Foundation, in an editorial for Science.

The pair noted it could take anywhere from 2.4 million to 5.3 million doses to reach the global population of men who have sex with men, an estimate similar to those considered for HIV oral prexposure prophylaxis, or PrEP.

“Unless the world develops and executes an international plan to contain the current outbreak,” their editorial continued, “it will be yet another emerging infectious disease that we will regret not containing.”