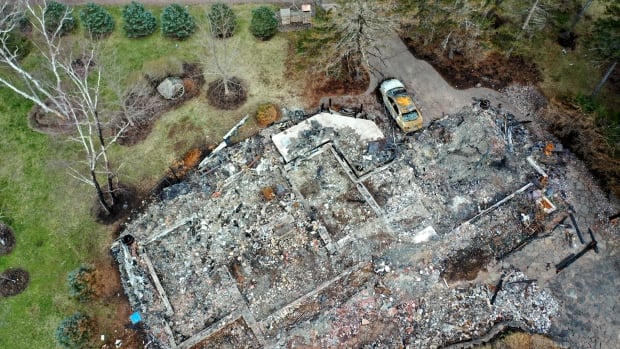 Authors of a psychological assessment commissioned by the RCMP didn’t back up their conclusions about the gunman in Nova Scotia’s 2020 mass shooting, according to two researchers appearing in front of the inquiry investigating the tragedy Friday.

In the months after Gabriel Wortman’s rampage in April 2020, an RCMP’s team — including in-house profilers and an RCMP forensic psychologist — attempted to understand his state of mind at the time of the shootings and identify any behavioural patterns.

In June of 2020, RCMP Supt. Darren Campbell revealed some of the initial finding of the ‘psychological autopsy,’ calling the gunman an injustice collector —  someone who held onto perceived insults until he “boiled over into rage.”

The report also said the victims were either targeted for perceived injustices of the past or were random targets.

They concluded that the RCMP report’s authors “did not at all provide evidence that the method or process used in the report had been measured.”

Martire and Neal go on to write that the authors did not refer to any published research to back up their report.

They also found the RCMP had a “vested interest” in a particular outcome of the psychological assessment as the critical incident responders to the violence and were in a potential conflict of interest.

For example, they point out the report’s authors work for the RCMP and knew details about the outcome of the events prior to undertaking the assessment.

Martire and Neal also found “frequent examples of opinions and beliefs being presented as though they are facts.”

Their report noted the purpose of the psychological autopsy isn’t explicitly stated, and the relevance of some conclusions aren’t clear.

Although the RCMP report is entitled “Psychological Autopsy,” it also looked back at the gunman’s behaviour, Martire and Neal wrote.

“Because of this, it is unclear how the analysis and conclusions served the aims of the assessment.'”

Martire and Neal will take questions from the commission later Friday.