Lady Gaga’s Mom Opens Up About Their Thanksgiving Plans 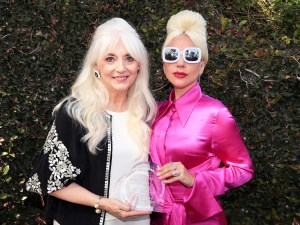 The holidays have always been about giving for Cynthia Germanotta, her husband Joe, and their daughters, Natali and Stefani — better known as Lady Gaga. Now, Cynthia, 64, and Gaga, 32, help others year-round through the Born This Way Foundation. It was Gaga’s fans, Cynthia recalls in the new issue of Us Weekly, who inspired them to create a nonprofit dedicated to helping young people become “better equipped to deal with their struggle.” This year, until December 21, the foundation invites people to get involved and share their charitable efforts using the hashtag #MultiplyYourGood.

Lady Gaga and Christian Carino: A Timeline of Their Relationship

In recent years, the famous family spent Thanksgiving cooking dinner at shelters. “The year before last, we did it at the Ali Forney Center in NYC, which is a homeless shelter for LGBT youth,” recalls Germanotta. “We went there and gave gifts and lots of hugs and spent several hours with the kids talking and meditating, and my daughter played music.”

Who Is Christian Carino? 5 Things to Know About Lady Gaga’s Fiance 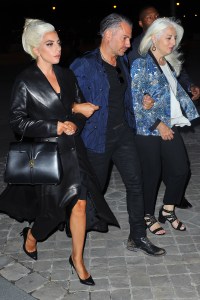 Giving back is not their only tradition. “We all cook together,” says Germanotta. “One year, we had a cook-off to try to make different kinds of turkey and then judge them, so that’s always fun. During the other holidays, our life is centered around food and the giving of food and cooking and baking together.”

11 Movies to Fall for This Season

When Gaga was a little monster, their Thanksgiving centered around a New York City staple. “The Macy’s Thanksgiving Day Parade was big for us,” says Germanotta, who still lives in the Big Apple. “Even bigger was the night before, when they would blow up the balloons. Every year, I’d make a thermos of hot chocolate and we’d walk with the kids. It was just so much fun to see Snoopy come to life in the street.”

For more on Lady Gaga’s holiday plans, pick up the new issue of Us Weekly, on stands now!