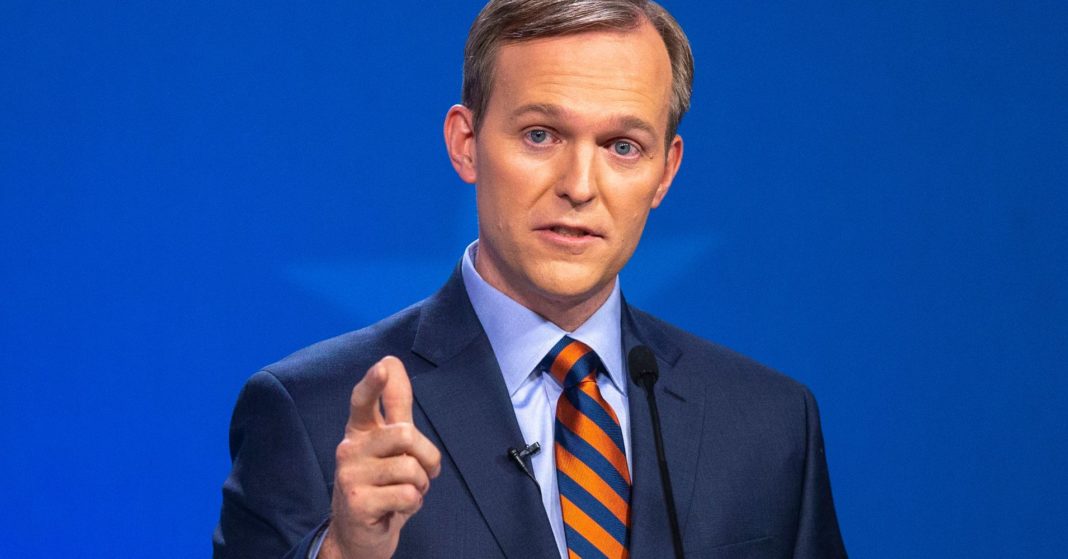 If confirmed, his victory would bring Democrats’ net gains to 39 Republican-held districts, comfortably past the 23 they needed to win a majority in the next Congress that starts in January. NBC News has not characterized the outcome in Utah’s 4th District and one other — Georgia’s 7th — as margins remain razor thin more than two weeks after Election Day.

Not including the Georgia district, Democrats would hold a 234-200 seat advantage in the House when the next Congress convenes in January.

McAdams declared victory Tuesday night. The latest returns showed him with a fewer than 700-vote lead over Love, only about 20 votes away from the margin where she could request a recount, according to NBC News. The Republican lawmaker has not yet conceded.

The outcome would mark another triumph for Democrats in a red-leaning area. It would deal another late blow to House Republicans, who were wiped out in a string of races called after Election Day in California’s traditionally red Orange County.

McAdams sold himself as a moderate willing to work with Republicans, including President Donald Trump, in his campaign to win over the GOP-dominated district. In his victory speech Tuesday, he said his “priorities are to begin immediately reaching out to the Republicans, independents and Democrats in this district, to reach out and address the touch challenges we face as a state and a country,” according to the Salt Lake Tribune.

Love, the lone black woman elected to Congress as a Republican, had distanced herself from the president ahead of Election Day. Trump carried the district by about 7 percentage points in 2016, versus an approximately 20-point margin over Hillary Clinton in the state as a whole.

McAdams started to make waves even before the race was called. He and 15 other incumbent and incoming freshman Democrats signed a letter of opposition to House Minority Leader Nancy Pelosi as the next House speaker.

Pelosi, 78, has dared other Democrats to challenge her. She and her allies have noted that her opponents lack a clear alternative. One potential challenger, Rep. Marcia Fudge of Ohio, endorsed the longtime House Democratic leader on Tuesday.

House Democrats face a challenge in entering a divided government in January, with the Senate and White House still in Republican hands. They have to balance a desire to work with the GOP on issues such as drug prices and infrastructure with demands from their base to use the House majority’s investigative powers to hold the Trump administration accountable.