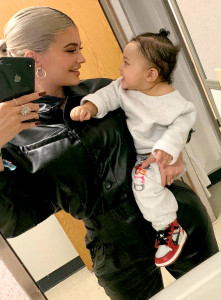 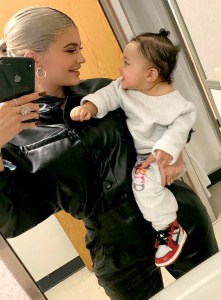 One blessed baby! Kylie Jenner is the type of person who prepares for special occasions way in advance — including her daughter’s birthday!

The Lip Kit founder, 21, took to her Instagram Stories on Monday, January 7, where she shared shots of 11-month-old Stormi — whom she shares with boyfriend Travis Scott — opening belated Christmas gifts. In one clip, the adorable child excitedly looks on at her new Barbie styling head toy and in another, she is given a Barbie doctor set. 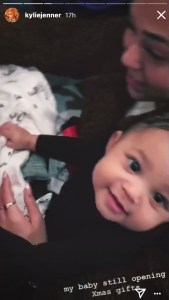 While the Christmas presents may have arrived late, Jenner has assured that her gifts for her child’s first birthday on February 1 won’t be. She shared a photo of a wrapped object that she captioned, “p.s. already wrapping Stormi’s bday gifts I’m too excited.” 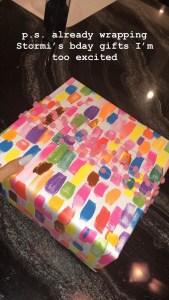 The Kardashian Family: Get to Know the Next Generation

While February 1 will likely be a huge celebration for Stormi, February 4 will also mark one year since Jenner unveiled the best-kept — or worst, depending on who you ask — secret in Hollywood. After spending most of 2017 avoiding the spotlight to keep her pregnancy to herself, the TV personality announced on Super Bowl Sunday that she and the “Sicko Mode” rapper, 26, had welcomed a child together.

“My pregnancy was one I chose not to do in front of the world. I knew for myself i needed to prepare for this role of a lifetime in the most positive, stress free, and healthy way i knew how,” Jenner wrote on Instagram. “There was no gotcha moment, no big paid reveal I had planned. I knew my baby would feel very stress and every emotion so I chose to do it this way for my little life and our happiness.”