Kirsten Gillibrand: ‘I’m going to run’ for president in 2020 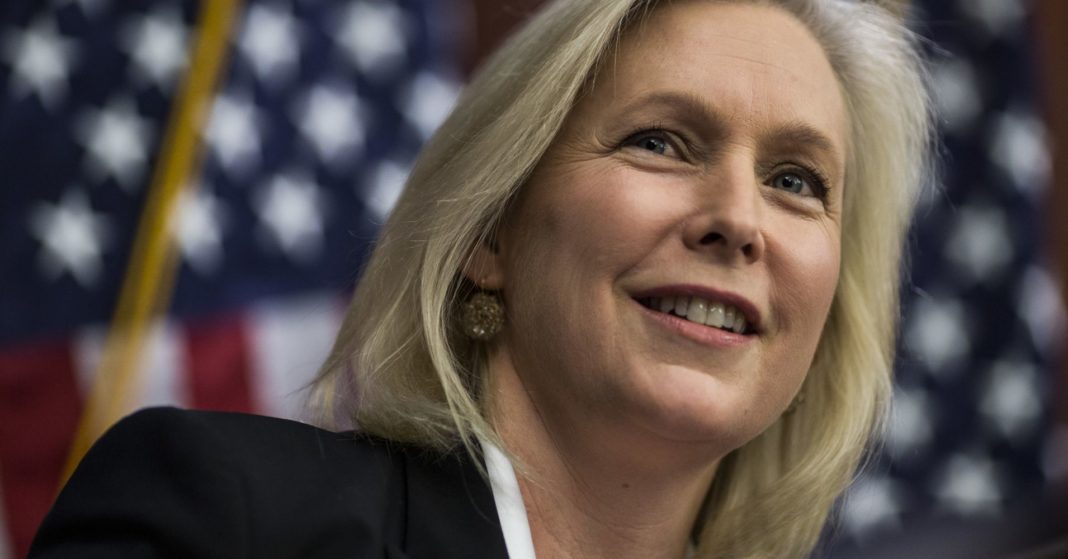 Sen. Kirsten Gillibrand, D-N.Y., said Tuesday that she will run for president in 2020.

Gillbrand, 52, said on “The Late Show with Stephen Colbert” that she is launching an exploratory committee.

“I’m going to run for president of the United States because as a young mom, I’m going to fight for other people’s kids as hard as I would fight for my own,” she said.

Gillibrand had told New Yorkers during her last campaign that if she won re-election she would not run for president in 2020.

Even so, recent actions hinted at her larger plans.

The senator spent so little during the midterms that she was left with a $10.7 million war chest, The New York Times recently reported.

She’s also veered to the left in the past two years, latching onto national causes that energize the Democratic base and mobilize voters.

New York’s junior senator was appointed in 2009 to fill the seat vacated by Hillary Clinton, who was named secretary of state.

She found a niche supporting women’s rights early on, making sexual assault in the military and on college campuses a signature issue.

But after Trump’s surprise victory in 2016, she staked an even bigger claim to matters that fire up the base. She gave a rousing speech at the Women’s March in Washington a day after the inauguration.

Months later, she jumped on the nascent #MeToo movement and was the first to urge Sen. Al Franken to step down after sexual misconduct allegations.

She even called on Trump to resign when allegations against him resurfaced. The move prompted a nasty response from the president who called her a “lightweight” and a “total flunky for Chuck Schumer” who would do “anything” for a campaign contribution.

Her voting record has been one of the most anti-Trump in the Senate, according to analysis from The Washington Post.

“She’s done an excellent job carving out a message and space for herself among the potential candidates,” said political consultant and venture capitalist Bradley Tusk, who has advised former New York Mayor Michael Bloomberg.

It may not be enough to catapult her to the top of what’s expected to be a crowded Democratic field. In a recent MoveOn.org straw poll, former Rep. Beto O’Rourke of Texas, former Vice President Joe Biden, and Sen. Bernie Sanders of Vermont led the field. Gillibrand didn’t even make the top 10. Among female potential candidates, Sens. Kamala Harris of California, Amy Klobuchar of Minnesota and Elizabeth Warren of Massachusetts have grabbed most of the attention.

Another potential stumbling block: Gillibrand hasn’t always been a liberal firebrand. Earlier in her career, as a congresswoman from upstate New York, she was pro-gun and anti-immigrant.

Some say her move to the left was politically calculated to curry favor with downstate voters.

“She’s very good at reading the media, reading the donors, reading the voters and pivoting to wherever she needs to be,” said Tusk, who notes that her decision is no surprise. “Running for higher office is what good politicians do,” he said.