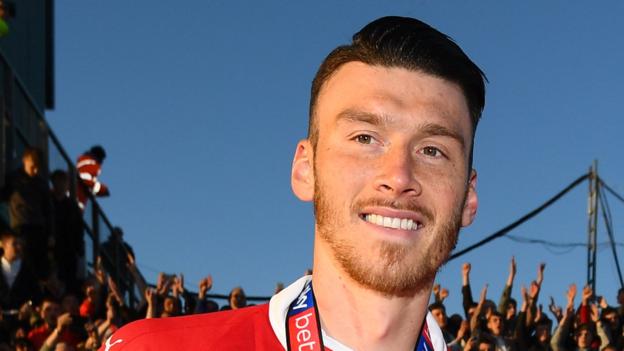 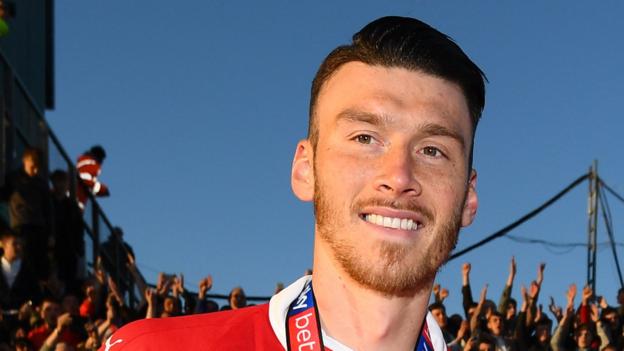 Barnsley striker Kieffer Moore has been included in a 26-man Wales squad for a training camp in Portugal.

Torquay-born Moore, who qualifies through his maternal grandfather from Llanrug in Gwynedd, scored 19 goals this season as Barnsley secured promotion to the Championship.

Wales will train in the Algarve from 22-28 May before June’s Euro 2020 qualifiers in Croatia and Hungary.

Moore, 26, is one of seven players Ryan Giggs has called up for the first time.

Ben Davies and Ben Woodburn are not included because of the involvement of Spurs and Liverpool in the Champions League final on 1 June.

Derby’s Harry Wilson and Tom Lawrence as well as Neil Taylor of Aston Villa are also missing as a result of the Championship play-off final.

Wales face successive away games in June in Croatia (8 June) and Hungary (11 June) and Giggs will name his squad for the two qualifiers on 29 May.