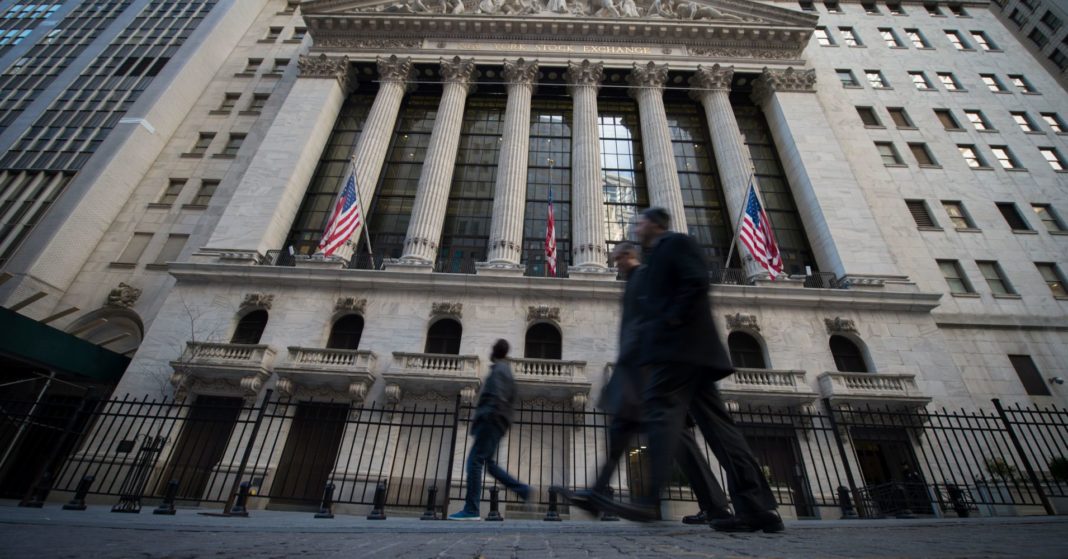 Stocks head into the second quarter propelled by the best quarter in nearly a decade as the long tepid IPO market starts to simmer again.

But the markets also face a reality check in the week ahead with some key data that could help clarify whether the economy is losing steam or just stumbling through a soft patch. The key release is Friday’s March jobs report, with economists expecting 170,000 new nonfarm payrolls, after February’s deeply disappointing 20,000 jobs, according to Refinitiv. There is also important manufacturing data from China over the weekend and the U.S. on Monday.

Lyft Inc’s big IPO Friday on the back of Levi Strauss the week earlier has boosted some optimism for a year of new offerings that some analysts say could rival or surpass the more than $100 billion record of new issues in the year 2000, if conditions remain good.

“The Levi Strauss IPO and the success it had last week encouraged many of these companies to accelerate their timing,” said Michael Arone, chief investment strategist at State Street Advisors. “IPO issuance has been modest relative to history for the last couple of years, so the fact we’re finally seeing some companies come to market may signal some kind of optimism or confidence, but it’s far from the type of thing we’ve seen historically in terms of the euphoria surrounding it.”

Art Hogan, chief market strategist at National Alliance said with $700 million in potential offerings in the wings, this year could surpass the all-time record reached in 2000, when the new issue market was viewed as overheated and many companies without earnings or prospects made it into the public arena during the tech bubble.

“In general, big IPOs tend to drive general enthusiasm for the overall market until they don’t do well,” said Hogan, noting the follow through trading in Lyft, the biggest IPO since Alibaba went public in 2014. Lyft, priced at $72, surged about 20 percent on the opening but closed up just about 8.7 percent at $78.29.

Stocks were higher in the past week, and the S&P 500 turned in its best first quarter performance since 1998. The 12.9 percent gain was also the best quarterly performance since the third quarter of 2009, just as the now 10-year-old bull market took off. The S&P is now less than 4 percent from its record high.

Earnings season kicks off in the next several weeks, and between now and then there could be some high profile warnings on the first quarter, expected to be the first quarter with negative earnings growth in three years.

“That needs to be reconciled form my perspective. It wouldn’t shock me if companies doe better than expected, and end up with positive year-over-year comparisons,” said Arone.

Trade talks with China remain the overriding issue for markets. Chinese Vice Premier Lui He comes to Washington to meet with U.S. Trade Representative Robert Lighthizer and Treasury Secretary Steven Mnuchin, who traveled to Beijing this past week.

Analysts expect a deal in the coming months. “We’re likely to get some type of negotiated deal that both sides can claim victory on, where China will buy more U.S. goods, where there is some progress on U.S. intellectual property and technology transfers…But I don’t see a deal that’s going to be a game changer…a big move in one direction. I think the market has accepted that reality,” said Arone.

In the past week, stocks were higher but so were bonds, to the point where the 10-year yield reached a low of 2.34 percent before returning to the 2.40 percent level. Yields move opposite price.

The week earlier, the 10-year yield dipped beneath the yield on the 3-month bill, meaning the yield curve was inverted. When that happens and long-term rates are lower than short-term rates, it is viewed as a recession warning. Practically it would mean lenders, who borrow on a short term basis, would be lending at the lower longer term rates.

The bond market also moved to price in a Fed interest rate cut this year, after pricing in a hike just several months ago. That was in response to the Fed’s forecast for no more rate cuts this year, released after its March meeting. It had been forecasting two interest rate hikes previously. The fed funds futures now is priced for a quarter point of easing this year and another next year.

Markets calmed down as the week came to a close, but every piece of data has become more important. On a positive note, weekly jobless claims data, the most current look at the labor market, showed a downtick and the four week average is now 217,000, the lowest since January.

The economy’s growth definitely slowed down in the first quarter and growth was tracking at about 1.5 percent, after the 2.2 percent gain in the fourth quarter. Economists have expected the weakness in the first quarter, both due to the government shutdown and bad winter weather, to be temporary but the question is whether growth can get a jump start in the second quarter.

“The jobs number is key here,” said Wilmington Trust chief economist Luke Tilley. The February report showed just a tenth of the job creation many economists had expected. “Our best thinking it it’s statistical volatility, and it’s not a real indication of what’s going on in the labor market, and it will bounce back. That’s the most important thing that’s coming out next week….We think about 200,000 jobs were added. I think there’s some upside risks to that.”

Tilley said manufacturing data in the week ahead will be important, as it could show whether the sector remained sluggish at the end of the first quarter. March ISM manufacturing and PMI data will be released Monday, and durable goods, which includes business spending data, is important when it is released on Tuesday. Monthly vehicle sales are also released Tuesday.

Economists expect ISM manufacturing at 54.2, unchanged from the month earlier. China was also to release manufacturing PMI data over the weekend.

February’s delayed U.S. retail sales report is also expected on Monday. Retail sales are expected to have gained 0.3 percent in the month, up from 0.2 percent in January and December’s shocking decline.

“I don’t think [the data] is as big an issue as it was when the Fed was actively talking about raising rates,” said Massocca.
“They said publicly they’re not going to raise rates for the rest fo the year.”

There are just a few Fed speakers, who will be of interest because of the change in market expectations for Fed interest rate policy. Cleveland Fed President Loretta Mester speaks Thursday, and Atlanta Fed President Raphael Bostic speaks both Wednesday and Friday.