Katy Perry Wants to Be Your Late Night Snack 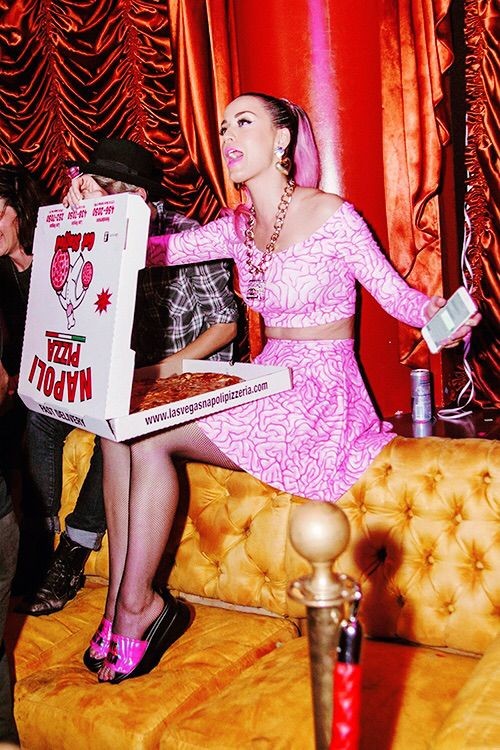 The pop star,who headlined at BBC Radio One’s Big Weekend tonight, treated her legion of social media fans to a visually tasty morsel in her latest Instagram post earlier today. In the photo, which is a feast for the eyes (and possibly the stomach), the wigged-out singer is looking like she’s about to be someone’s meal, and she likes it!

The “I Kissed a Girl” singer is currently promoting her new single “Bon Appetite” with the vegetable-infused picture. Along with the fun photo, the 32-year-old wrote caption, “late night snack.” Yum!

It’s been a busy week full of ups and downs for the singer. Last week, the brunette appeared on the season finale of Saturday Night Live in NYC and had some rousing performances.

According to ABC News, at the end of the singer’s 20-minute set, which was streamed live on Twitter, Perry addressed the fatal event.

But it’s likely that Perry’s strength will get her through these difficult times.

Recently, Perry told Vogue that her innate curiosity is what drives her daily.

“My education started in my 20s, and there is so much to learn still,” she told the magazine, recalling a childhood in which she was not “allowed to interact with gay people.” Despite her religious upbringing, the colorful singer said, “I came out of the womb asking questions, curious from day one, and I am really grateful for that: My curiosity has led me here.”

In the interview, the singer also said she loves being in her 30s. She admitted, “It’s a nice place to be. I love it! I wouldn’t give anything to go back to my 20s; I’m so much more grounded.”

The singer, who was briefly married to Russell Brand, added, “I’ve learned a lot of lessons—patience, the art of saying no, that everything doesn’t have to end in marriage.”