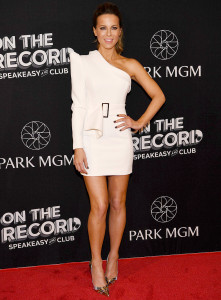 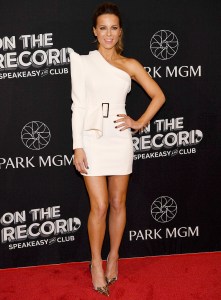 Celebs were out and about this week, from Kate Beckinsale stunning in a white minidress, to Malin Akerman and husband Jack Donnelly enjoying a date night, to Joey Fatone munching on pizza in NYC. Read on to see more of what the stars have been up to!

— Kate Beckinsale attended the On the Record opening at Park MGM and was later spotted singing karaoke inside the club.

— Marlon Wayans sipped on 1942 on the rocks at TAO Chicago while sitting under the Hush mural.

— Joey Fatone celebrated National Pizza Week at Made In New York Pizza, which is owned by Fatone’s pal Eytan Sugarman.

— ChefDance is returning to Park City during the Sundance Film Festival for its 16th year of culinary celebration with five nights of decadent eats, courtesy of the world’s most skilled chefs, live performances, famous faces as well as the most prominent films. This year, ChefDance has collaborated with Postmates, Sysco, Beam Suntory, Proud Source Water, Cisco, Antica Wine, Shiseido, NUGL, Game Loft, as well as Future Generations Now and Operation Smile as the official charity. 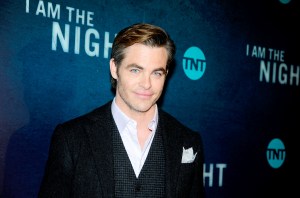 — Chris Pine attended the NYC premiere of TNT’s I Am the Night at Metrograph before an afterparty at 214 Lafayette Street.

— Fashion Nova Cares, the official program of Fashion Nova focusing on charitable giving and advocacy, surprised Tiffany Haddish with a $10,000 donation to the She Ready foundation at the Laugh Factory in L.A. 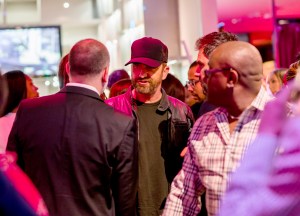 — Gerard Butler attended the opening of The Cool HeART Gallery at Sofitel Los Angeles at Beverly Hills where guests enjoyed bites from Cattle & Claw and signature cocktails inspired by the art seen in the exhibition.

— LAY ZHANG surprised fans in Shanghai with a performance collaboration with A$AP Ferg and Steve Aoki.