Future Clears the Air After Dissing Ciara, Russell Wilson: ‘Not the Deal’ 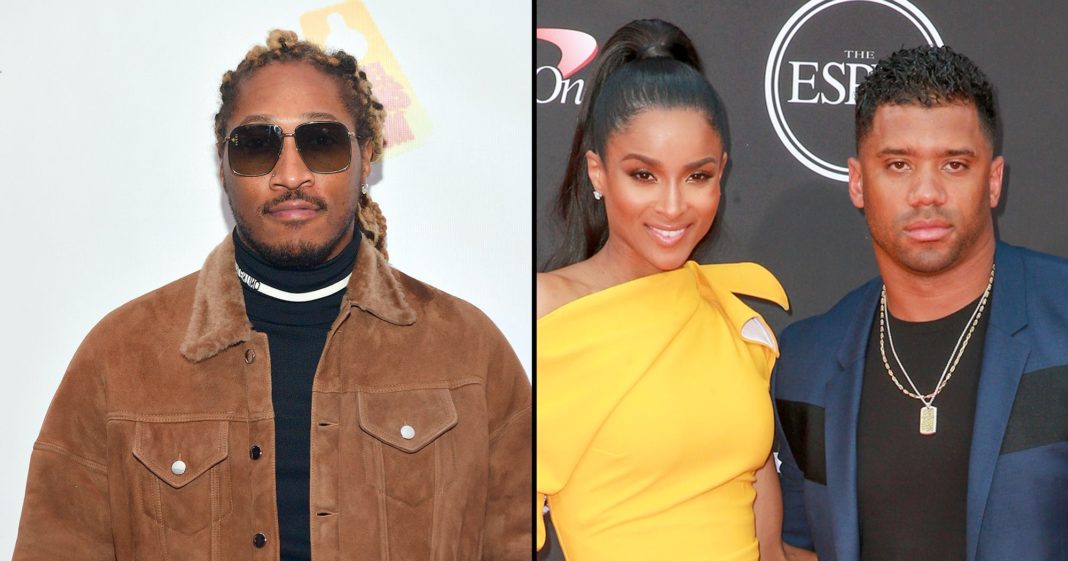 Rewind! Future backtracked on recent comments he made about the way his ex-fiancée, Ciara, treats her husband, Russell Wilson.

“We don’t have no problems. It’s a social media problem. No, I don’t hate him. Totally not the deal,” the “Fine China” rapper, 35, clarified on the Wednesday, January 23, episode of his Freebandz radio show. “It was just the way we were carrying it, as far as being handled with Baby Future. I don’t have nothing against [Wilson] and I’m happy for them.”

Future, who shares son Future Zahir Wilburn, 4, with Ciara, insisted that he has no bad blood with the Seattle Seahawks quarterback, 30, despite seemingly shading him in a Beats 1 Radio interview on Friday, January 18, by saying that Wilson does “exactly what [Ciara] tell him to do.”

The “Mask Off” rapper added: “He not being a man in that position. You’re not tellin’ her, ‘Bro, chill out with that on the internet. Don’t even talk to him. I’m your husband. You better not even bring Future’s name up!’ If that was me, she couldn’t even bring his name up. Don’t give that s—t no energy. It’s about me. I’m taking care of everything.”

Future and Ciara, 33, called off their engagement in August 2014 after 10 months. She married Wilson in July 2016 and welcomed their daughter, Sienna Princess, in April 2017.

The “1, 2 Step” singer seemingly clapped back at her ex’s remarks on Sunday, January 20, by posting an Instagram photo of herself in stiletto booties alongside the caption, “Rise Above.”

Wilson also addressed the “Love Me” rapper’s diss via Instagram on Sunday. The NFL player shared a sweet snapshot of Future Zahir cuddling with Sienna, writing, “All that matters. #Love.”

This is not the first time that Future and Ciara have feuded. In February 2016, the “Level Up” crooner filed a $15 million defamation and slander lawsuit against Future for condemning her relationship with Wilson via the press and social media rants. Fans believe that Future fired back by calling the “Love Sex Magic” songstress a bitch in a September 2016 track and by threatening the athlete in his song “Juice.” Ciara dropped her lawsuit in January 2017.