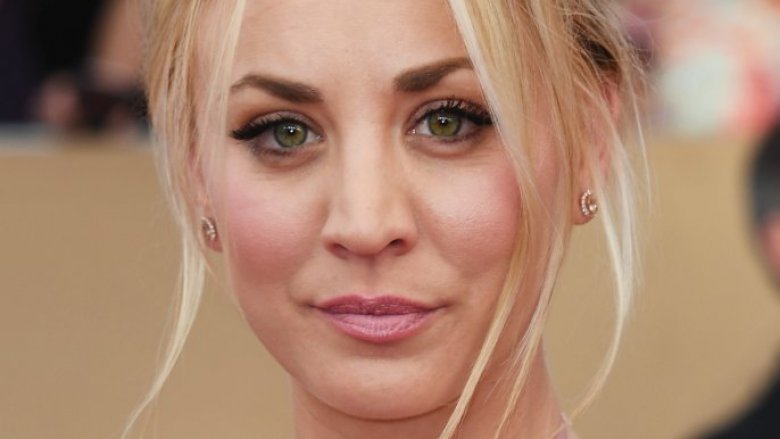 The newly married pair announced their engagement in November 2017. ” Well after nearly two years I finally got up the courage to ask her to marry me,” Cook wrote on social media, while sharing a video of the proposal. “This is the best night of my life and I think the video shows it is the best night for Kaley as well … if she said yes!”

In response, Cook quipped, “Just brilliant, hun.” Before thanking her followers for their love and support, Cuoco said she plans on lying low while she heals.

Meanwhile, Cook shared a sweet pic of the bride and groom kissing on their big day, writing in the caption, ” Good morning honey, I love you, and I’m sorry. I am still processing the greatest night of my life marrying the love of my life! I mean god damn that dress was amazing!”

As Nicki Swift previously reported, Cuoco, 32, and Cook, 27, married in Rancho Santa Fe, Calif. on Saturday, June 30, 2018. ” Legally KCSQUARED 6-30-18,” the TV star wrote on Instagram, captioning a black-and-white snapshot of the newlyweds sharing a kiss. While later posting a photo of the two walking down the aisle together, she wrote, “Happy ever forever.”

On Friday, July 6, 2018, the Big Bang Theory star took to her Instagram Stories to open up about her recent shoulder surgery, which she ‘d undergone less than a week after tying the knot with professional equestrian Karl Cook.

I brilliantly planned it five days after our wedding. Babe?”