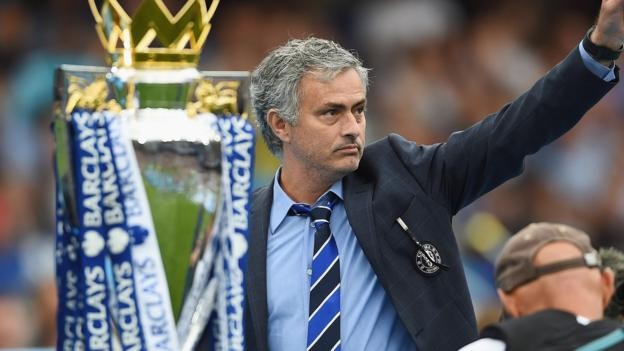 Chelsea can focus on the FA Cup as they are “already Premier League champions”, says Jose Mourinho, boss of quarter-final opponents Manchester United.

Antonio Conte’s side, who will host cup holders United in the last eight in March, hold an eight-point lead in the title race with 13 games to play.

Chelsea progressed by beating Wolves 2-0 in the fifth round, while Mourinho’s side defeated Blackburn 2-1.

“I have so many things to think about,” said the United manager.

Chelsea are odds-on to claim the top-flight title for the second time in three years, after Mourinho’s success with the club in the 2014-15 season.

The Portuguese was sacked seven months later after that triumph, with the side just one point above the relegation zone.

In his first season at Old Trafford, he has led the club to the last 32 of the Europa League – with a 3-0 lead over Saint-Etienne going into Wednesday’s second leg – and an EFL Cup final against Southampton at Wembley next Sunday. In the Premier League, they lie sixth.

Mourinho said: “I have to play Saint-Etienne and play the (EFL Cup) final and hopefully another opponent in the Europa League. I have to fight for the top four positions in the Premier League.

“Chelsea can only think about that because I think they are champions and have nothing else to play for. The FA Cup is something important for them.

“It is possible to win three, two, one or no trophies. When we are in the competitions, we are going to fight. In the EFL Cup, we have a 50% possibility of winning and we have to fight for it to become a title.”