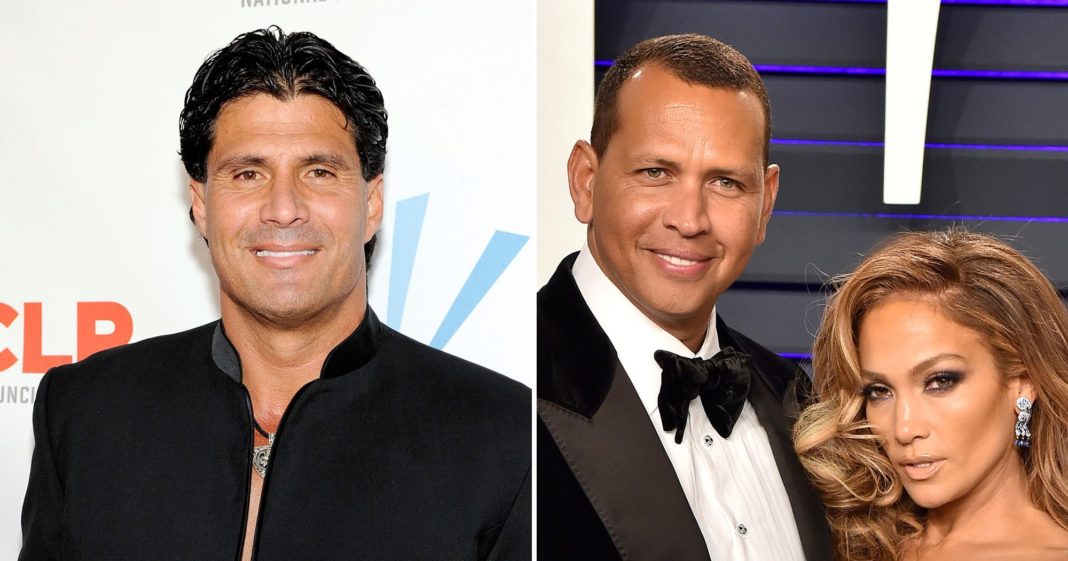 Can’t stop, won’t stop. Jose Canseco’s thumbs have been busy tweeting claims that Alex Rodriguez cheats on Jennifer Lopez since their engagement news broke, and now the Cuba native is taking it one step further.

“Jennifer Lopez I hear you’re a very good person I am sorry you are caught up in the middle of this but the truth has to be told” Canseco, 54, began a series of tweets on Wednesday, March 13. “Alex Rodriguez I challenge you to a polygraph are you man enough to face me.”

The former Oakland A’s player continued: “Remember when you told me you were man’s man Alex show me now how much of a man you really are face the truth face a polygraph. Alex since you are a man’s man why don’t you contact me and we’ll talk about it face-to-face you know how to reach me.”

And it wasn’t just Rodriguez, 43, who Canseco slammed on Wednesday. He added a message to his ex-wife, Jessica Canseco, who spoke out on Tuesday regarding her ex’s claims that she cheated with Rodriguez.

“Polygraph time,” Jose wrote. “Jessica you’re calling me a liar you just forced me to defend myself and tell the truth here comes the biggest story ever about Alex Rodriguez and yourself the truth hurts do not turn away or hide from a polygraph.”

The Hollywood Exes alum, 46, denied the claims in two tweets on Tuesday. “Those false accusations Jose is making are not true!” she wrote. “I have known Alex for many years and haven’t even seen him for over 5. I certainly did not sleep with him. I am friendly with both him and Jennifer. As for Jose he can keep playing with his Alien friends.”

She added: “In fact I don’t even get on twitter had to download app again and don’t watch tv and had no idea any of this was going on. Last time I saw Alex he was with Torrie [Wilson] and I brought my boyfriend over for dinner. We are just friends my god.”

“She’s heard the cheating rumors in the past and has never let it bother her,” an insider told Us. “She trusts [Rodriguez] and his love. They are inseparable and together almost all of the time. Jose Canseco has an ax to grind, but she doesn’t hear the noise.”