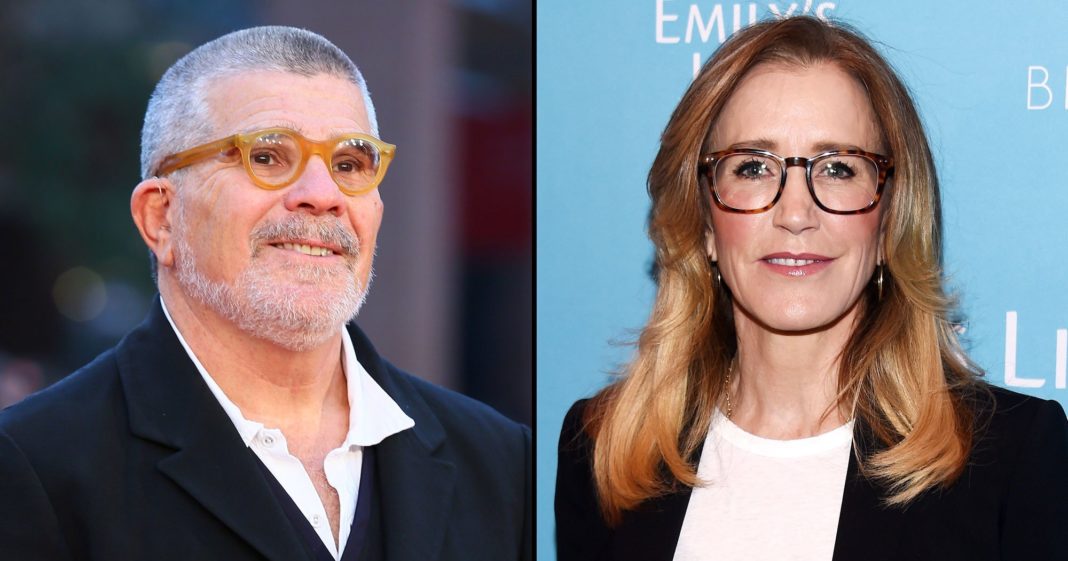 Felicity Huffman has at least one person in her corner. After the actress’ arrest for her alleged involvement in a college admissions scam on behalf of her daughter, Sofia, Huffman’s friend David Mamet wrote an open letter for The Hollywood Reporter in defense of the star.

In his statement, the Pulitzer Prize-winning playwright, 71, wrote, “That a parent’s zeal for her children’s future may have overcome her better judgment for a moment is not only unfortunate, but it is also, I know we parents would agree, a universal phenomenon.”

The film director began the letter by writing that the admissions policies for “Elite Universities” are “an unfortunate and corrupt joke,” noting, “I do not see the difference between getting a kid into school by bribing the Building Committee, and by bribing someone else. But, apparently, the second is against the Law. So be it.”

The screenwriter then discussed his long-standing relationship with both William H. Macy and Huffman, 56: “I’ve known and worked with Bill Macy for nearly fifty years. We started two theatre companies together, one of which, THE ATLANTIC is still in operation in New York, after 35 years. I’ve known Felicity Huffman for those 35 years, she was my student, my colleague worked in many of my films, and created roles on stage in three of my plays.” He added, “I’m crazy about them both.”

On Tuesday night, Felicity posted bond for $250,000 after getting taken into custody by Federal Bureau of Investigation agents at gunpoint at her Los Angeles home earlier that morning. The Desperate Housewives alum was arrested for allegedly making “a purported charitable contribution of $15,000 … to participate in the college entrance exam cheating scheme on behalf of her eldest daughter.”

The Shameless actor, 69, who was spotted heading to court for his wife’s hearing on Tuesday, also allegedly participated in consultation for the scam.

Fellow actress Lori Loughlin and her designer husband, Mossimo Giannulli, were among the dozens named and arrested in the nationwide scandal.