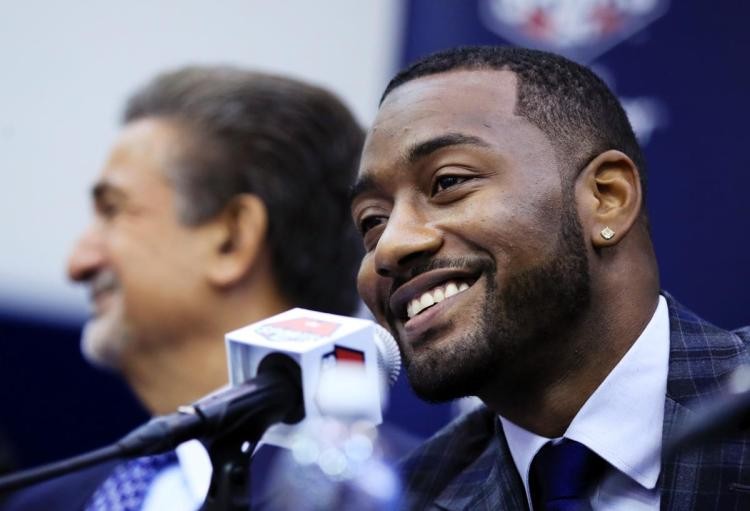 WASHINGTON — John Wall wants to win a championship, but he doesn’t plan to bounce around the NBA chasing a ring.

After signing a $170 million, four-year extension with the Washington Wizards that keeps him under contract through 2022-23, Wall said he wants to watch two banners rise to the rafters in Washington: one for a title and another with his No. 2 jersey.

“There’s no point in testing free agency if I know where I want to be,” Wall said Friday. “I have the ultimate goal what I want to do here. I know what team I want to play for my whole career.”

Wall turns 27 in September, so he’ll only be 32 when this contract expires or 31 if he opts out in 2022. Backcourt mate Bradley Beal and swingman Otto Porter Jr. are signed to max contracts through 2021, giving the Wizards several seasons to try to win with this core.

In an era of players like LeBron James and Kevin Durant taking their talents elsewhere, Wall put his money where his mouth is by agreeing to another contract.

Owner Ted Leonsis said he didn’t think Wall would “have a wandering eye” about free agency when his contract was up in 2019. Wall said loyalty played a role, though it doesn’t hurt that it has come with three playoff appearances in the past four years.

The Wizards missed the playoffs the previous five seasons and are now among the top teams in the East along with the Cavaliers, Boston Celtics and Toronto Raptors. Amid all the roster fluctuation with Kyrie Irving wanting out of Cleveland, Boston signing Gordon Hayward and Paul George being traded from Indiana to Oklahoma City, Washington continues to value continuity.

“We want to have consistent, sustainable success,” Brooks said. “We don’t want to ride the roller-coaster of an NBA team going up and down up and down each and every other year.”

Wall said he wants to stay Washington, but acknowledged he’ll see what happens after this contract. He wants to control where he plays but doesn’t have wanderlust about what else is out there after seven seasons in Washington.

“You have a lot of guys teaming up, which you wouldn’t see in the past,” Wall said. “Sometimes the grass is not always greener on the other side.”

Even after re-signing Beal last summer to a $128 million, five-year contract and matching a $106.5 million, four-year offer sheet on Porter earlier this offseason, Wall was always the key. The Kentucky product set career highs with 23.1 points, 10.7 assists and 2.0 steals last season and appears to be getting better each season.

“We’re very fortunate to have one of the very few players in the league that make their teammates better, and that’s what John Wall does,” team president Ernie Grunfeld said. “Basketball’s a game of stars. You have to have your best players carry most of the load, and then you have to put complementary pieces around them.”

Having quality roster depth, including starters Markieff Morris and Marcin Gortat and sixth man Kelly Oubre Jr., is a major reason why Wall decided to stick around. Despite not getting past the second round, the Wizards pushed the Celtics to Game 7 and would have had a better chance had Wall not finished 0 of 11.

Wall said he was fatigued late in that game and vowed to work on that so it doesn’t happen again. The Wizards are glad they’ll have many years to see if he makes good on that.

“You would love to have him extended just because of who he is as a person and who he is as a player,” Brooks said. “When you have that combination as one of your team leaders, you don’t want to let him leave in the middle of his prime.”