Wowplus
Home Communities Politics Trump still has the bully pulpit, but is facing more challenges to... 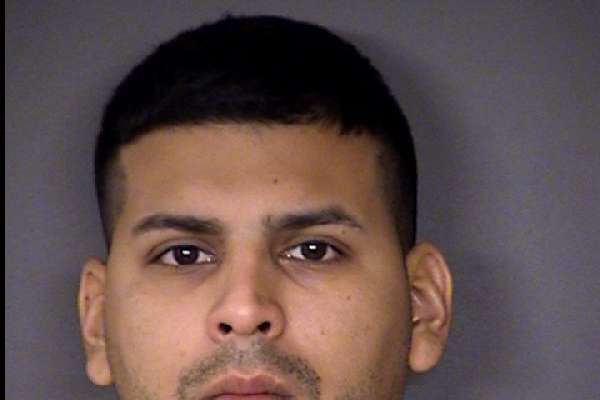 Six months into his chaotic tenure, President Trump faces mounting challenges to his authority and influence, a downward slide that his allies hope newly installed Chief of Staff John F. Kelly can help to halt.

In recent weeks, Congress has moved on a number of fronts to curtail the president’s authority. Lawmakers passed legislation limiting his ability to lift sanctions on Russia and the Republican-controlled Senate will not formally adjourn this month to prevent Trump from making any recess appointments, a tactic usually employed when the president is from the opposite party. Amid increasing concerns about Trump’s attitude toward the federal investigation into Russia’s interference in the 2016 election, a bipartisan group of senators introduced legislation this week aimed at preventing special counsel Robert S. Mueller III from being fired.

Trump is also facing the reality that his words — or tweets — are often not having their desired impact. Three Republican senators defied him and congressional leadership in opposing efforts to move the Republican health-care bill forward. His entreaties to lawmakers to delay their summer break and stay in Washington to repeal and replace the Affordable Care Act were summarily ignored.

His unexpected announcement on Twitter that he would ban transgender people from serving in the military has been denounced by members of Congress in both parties and largely ignored by the military — for now. And this week, Trump was publicly chided for apparently inventing congratulatory calls from the leader of the Boy Scouts of America and the president of Mexico that never occurred.

“What we’re seeing today is that that system of checks and balances is now in total response to the Trump presidency and it’s coming from a lot of different directions — it’s coming from Congress, from people in the administration and others who are more openly rejecting what the president is doing,” said former defense secretary Leon Panetta, who was also White House chief of staff to President Bill Clinton. “The concern about that is that it weakens the power of the commander in chief as president.”

The next few weeks could afford the White House an opportunity to regroup, with a calmer political environment expected. Congress is on recess for the remainder of the month and the president is spending a couple of weeks at his golf club in Bedminster, N.J.

With the arrival of Kelly, there is hope among Trump’s supporters and aides that the retired Marine general can establish a sense of discipline and professionalism in the White House that could help halt a potentially dangerous slide in Trump’s influence.

“This is a potential turning point,” said one Republican adviser to the administration, who spoke on the condition of anonymity to avoid alienating the White House. “And if it doesn’t work — if nothing really changes with the arrival of Kelly — then it seems to me that the spiral downward will continue, and it’s hard to see what will stop it.”

Other Trump allies maintain that the president, who ran as an outsider candidate, will ultimately be an outsider president. They have publicly and privately complained about the persistence of the “deep state” six months into Trump’s administration, even as Trump has grown more vocal in his criticism of his own party for failing to repeal and replace Obamacare and restricting his ability to alter sanctions aimed at Russia.

“You have to start with the idea that Trump won a hostile takeover of the Republican Party by beating 16 other candidates,” said former house speaker Newt Gingrich (R-Ga.), an informal adviser to Trump. “Then he won a hostile takeover of government by beating Hillary Clinton, and on both fronts there are people who have not accepted the outcome. He’ll spend all eight years of his administration dealing with that kind of hostility.”

Among the problems Kelly is focused on fixing is the way Trump makes decisions on key issues, including by better policing access to the Oval Office. Already, it has had some impact as aides have now taken to giving Kelly control over paperwork and advice before it reaches the president, according to a person who is in regular touch with the White House, who spoke on the condition of anonymity.

“He knows the problems. He knows how difficult it’s going to be,” said Panetta, who has spoken with Kelly this week. “It’s like being dropped into the middle of a combat zone.”

More difficult will be reining in the infighting among staff, and there is little expectation that Kelly will try to temper the impulse of the president to lash out at his perceived enemies, a pattern of behavior that has fueled the perception among some Republicans that the White House is spiraling out of control.

In Congress, the willingness to defy Trump has grown as lawmakers get closer to grappling with their own reelection prospects.

In an essay this week, Sen. Jeff Flake (R-Ariz.), a frequent Trump critic who is up for reelection in 2018, issued a call for his colleagues in the Senate to do more to stand up to Trump.

“Under our Constitution, there simply are not that many people who are in a position to do something about an executive branch in chaos,” Flake wrote. “Too often, we observe the unfolding drama along with the rest of the country, passively, all but saying, ‘Someone should do something!’ without seeming to realize that that someone is us.”

While there is little evidence that Flake’s colleagues are ready to heed his advice and speak out more forcefully against Trump, the Republican Congress is steadily chipping away at Trump’s discretion on some issues involving defense and foreign policy. The Senate Foreign Relations Committee this week, for instance, approved the Taylor Force Act, a bipartisan bill that would reduce aid to the Palestinian Authority as long as it continued to make payments to the families of terrorists. But the bill would not allow the president to use a national-security waiver on this issue if he felt it would help negotiations in the Middle East, which one foreign-policy expert described as a “boilerplate escape hatch” that is typically given to presidents.

[Recess just started for Congress, and it’s not going to be much fun for Republicans]

Some Republicans have simply resorted to openly defying or brushing off the president, despite his warning that there might be repercussions for resisting his agenda. After Interior Secretary Ryan Zinke warned Sen. Lisa Murkowski (R-Alaska) that her state’s interests would suffer if she didn’t fall in line, she voted against the Republicans’ “skinny” health-care repeal bill anyway and shrugged off the threat of “a tweet from the president” in an interview with CNN this week.

Meanwhile, the rest of Trump’s legislative agenda remains in limbo, including proposals on tax reform and infrastructure.

“They have so squandered the bully pulpit the first six months of his presidency that he has little influence left,” said John Weaver, a Republican strategist and former adviser to Sen. John McCain (R-Ariz.) and Ohio Gov. John Kasich. “When he has roughly 35 percent approval rating he’s under active FBI and special prosecutor investigation and he can’t get anything through a Republican Congress, none of this should be surprising.”