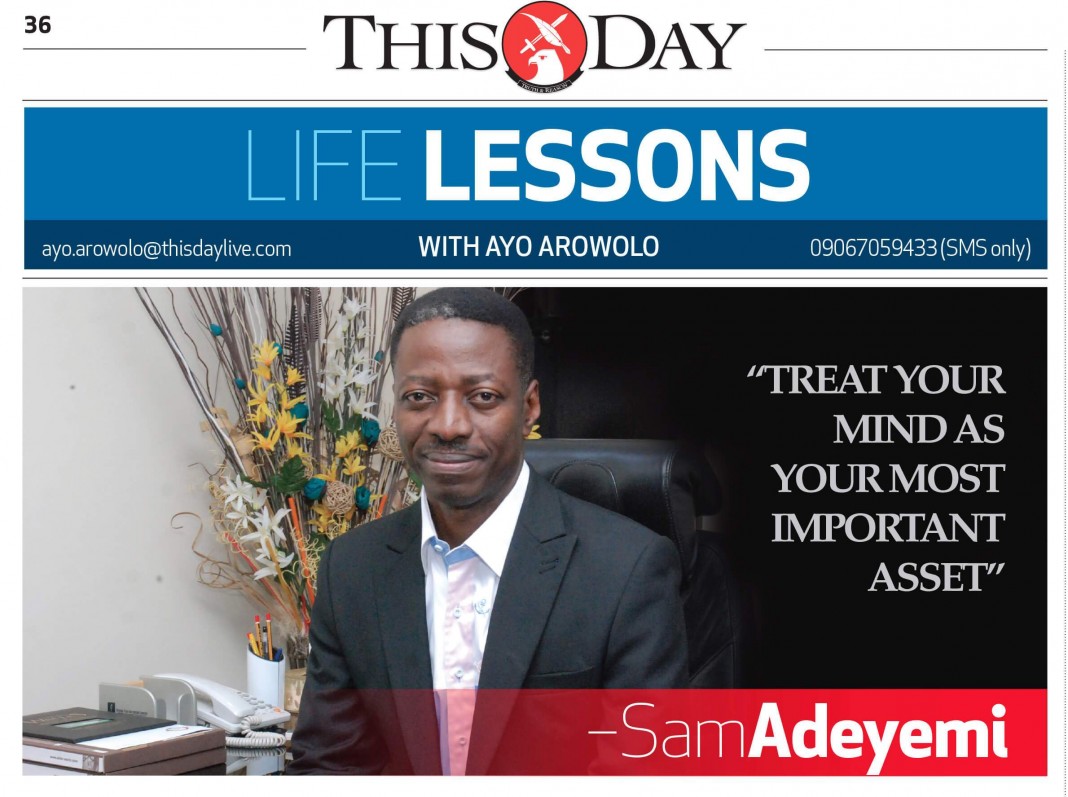 I seek the indulgence of readers in my coinage of the word ‘Ambodeism’, but one cannot completely explain the phenomenon called Mr. Akinwunmi Ambode, His Excellency, the Governor of Lagos State, until one examines him as a central theme or perspective, projected as strong feeling, combining a mix of economic, political, social, moral and spiritual principles. The concept brings inspiration to the public who, having received adequate communication of its values and empowered to participate effectively in governance, readily subscribed to the possibility of SMART City destiny of Lagos, through expression of determination, dedication, discipline and duty.

Governor Akinwunmi Ambode a man of big dreams, with immense ambition, great characters and matching astuteness to achieve unprecedented milestones in all things he sets out to do. Lagosians have witnessed many of such seemingly impossible targets that were set and met over the two-year period of Ambode’s administration. Internally Generated Revenue (IGR) is over N30 billion a month; he has proposed N50 billion! Ambode will realise this target soon.

From a big vision, he pursues big plans, reduces and interprets in big pictures, but pursues the objectives in bits and pieces to produce fantastic and delightful impressions that create lasting images in the minds of the people. Little actions he takes bring appropriate results in multiplicity of beneficial impacts, culminating in fantastic rewards.  He does the right things for the right reasons. He follows carefully-prepared template for all his programmes and projects and monitors them to completion. Though, sometimes, he takes risk in practical ways, he does not believe in chances, but that you can create chances. He religiously mentors his followers.

Here is a man who is not comfortable with failure; he puts his heart, health and soul into projects; he eats, sleeps and breaths work; he goes the extra mile to get results. He pushes you to persevere in assigned tasks. “One on the driver seat does not sleep”, he says, “Sacrifice and Successes are Siamese twins.”  At the State House, every hour of the day, year round, is working hour. Ambode pursues detail with fervor and with enviable transparency; and believes that if there is a will, a right passion, a right plan and right persons to drive your policies, there will always be a path to unprecedented accomplishments. To the Governor, “attitude is King of Character.” Probability of failure or Probability of successes should not be the key to achieving programme objective, but having correct keys or plans always, will unlock the doors to successes. And when passion results in big triumph, he does not rush to the airwaves.

Often he says: “Succeeding or failing is what you choose. Create your own chances; if you wait for chances you may have to wait for eternity. Leadership is about adding something, every minute, every hour, every day, every month and every year. If you cannot add to what you met, be a better person than who you are and change the people for good at the end of each programme or project or tenure, you have betrayed the electorates who freely gave you their mandate. Confront challenges headlong: do not falter, do not fail, do not fall, and if you do, do not be frustrated by your failure; do not stay down, but stand firm in faith and continue to pursue your dream. ”

Governor Ambode actually believes that a follower is capable of surmounting mountains (and should surmount) obstacles, if he can exert himself to bring out hidden strength and ability hitherto unexplored. He constantly searches for something good and strong in his followers and subjects. According to him “a chain is as good as its weakest link.” He is a fantastic team player.

While he agrees that it is more difficult to build on success than failure, he believes success becomes sustainable as you become stronger after surmounting obstacle. He smiles, praises and pats you on the back, and says affectionately: “brother, you have the ability to do much more. Next time let me know how you can accomplish more.” His Excellency is a man who builds on your strong points, making your weak points irrelevant.

Goals, results, impacts and outcomes achieved with excellence and transparency, are central in Ambodeism.  Excellence, whatever it costs, must be pursued in the realization of strategic targets, for here is a man of habitual integrity. Ambode is motivated by outcomes that will bring the greatest joy to the greatest number of Lagosians; he has fervently pursued lay down strategies with passionate love, expressed in such infectious ways that followers begin to believe that they can move mountain.

Bringing me to the ban on sponsorship of pilgrims to the holy lands; occasionally some would express concern that many Lagosians would not be able to visit the holy lands, henceforth. To this, my answer, which has always been well received, is that enough pilgrims from Lagos would always go to the holy lands at more affordable cost that only Lagos could offer, but many that had no reason to be there would not be there. Moreover, money saved by the administration is adding better values in critical sectors, bringing benefits to many Lagosians.”

Yes, the Governor can be very firm.  When he is focusing on result, he puts his foot firmly on the ground. Yet, he is warm, loving, kind and considerate. He looks down on no one. He says: “If our practices do not favour the masses, we must find courage to voice them and abandon such practices.” He is humble enough to say, despite his numerous achievements, people owe him nothing, as he only serves them by the privilege they have conferred through the ballots, and will never take them for granted.

Indeed Ambode is among the few leaders past or present, who command loyalty, obedience, love and respect of his cabinet and other arms of government. He is a fantastic role model, providing direction and inspiration, always pushing you to realize a potential you did not think you have and celebrating your fantastic success in the end. To Ambode, every man has a hidden gift to annex and exploit to benefit individual and society. He challenges you for more, and you are surprised that you can transmit all of his noble values to others in your workplace, and achieve so much more than you think possible to the benefit of the society at large.

Over time, since the beginning of the Ambode administration, great results have been recorded. This is a clear evidence that there is something right with the Ambodeism. Of recent, my Ministry won seven out of eight awards for the state, in respect of 2016 Hajj pilgrimage. This unprecedented record in Nigeria occurred during Ambode’s administration, a Christian.  I pray to Allah to achieve much more in this year’s pilgrimage, hoping on greater inspiration from Ambodeism.

Strive constantly for the good purposes, and Allah will join in your effort. Your success is not measured by the amount of wealth you have, but by what you have bequeathed in advancement of humanity. That is your legacy. Amodeism is a legacy that will endure.