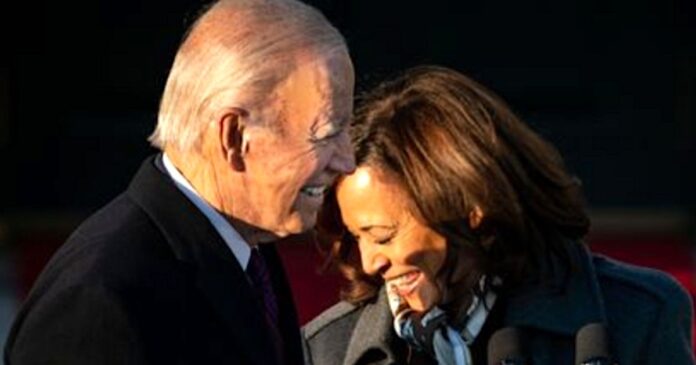 President Joe Biden expressed frustration with Vice President Kamala Harris during their early months in office, according to an upcoming book.

He got wind that her husband Douglas Emhoff was griping about her policy portfolio, which allies believed was damaging her politically. That reportedly rankled the new U.S. leader.

“Biden was annoyed,” author Chris Whipple wrote in “The Fight of His Life,” according to an excerpt reported by Politico on Tuesday. “He hadn’t asked Harris to do anything he hadn’t done as vice president — and she’d begged him for the voting rights assignment.”

The president told a friend that Harris was “a work in progress,” Whipple wrote.

It seems Biden wasn’t her only critic. A prominent White House adviser fumed in the book that Harris’ “inner circle didn’t serve her well in the presidential campaign ― and they are ill-serving her now.

As of last week, 53% of registered voters disapproved of Harris, while 39% held a favorable opinion, according to a Los Angeles Times aggregation of several polls. (Biden’s disapproval rating was 51.4%, according to another calculation.) The vice president’s detractors multiplied after she was assigned the issue of stemming immigration at the border, the Times noted.

HuffPost didn’t immediately hear back from Harris’ office in a request for comment.

Whipple, the bestselling writer of the chief-of-staff history “The Gatekeepers,” had “extraordinary access” in the first two years of the Biden administration for his latest work (due out Jan. 17), according to the book summary. He noted to Politico that Biden’s senior staffers required quote approval and that Biden and Harris agreed to answer questions only in writing, rejecting some sensitive queries.