JetBlue crew members claim in lawsuit they were drugged, and one raped by pilots 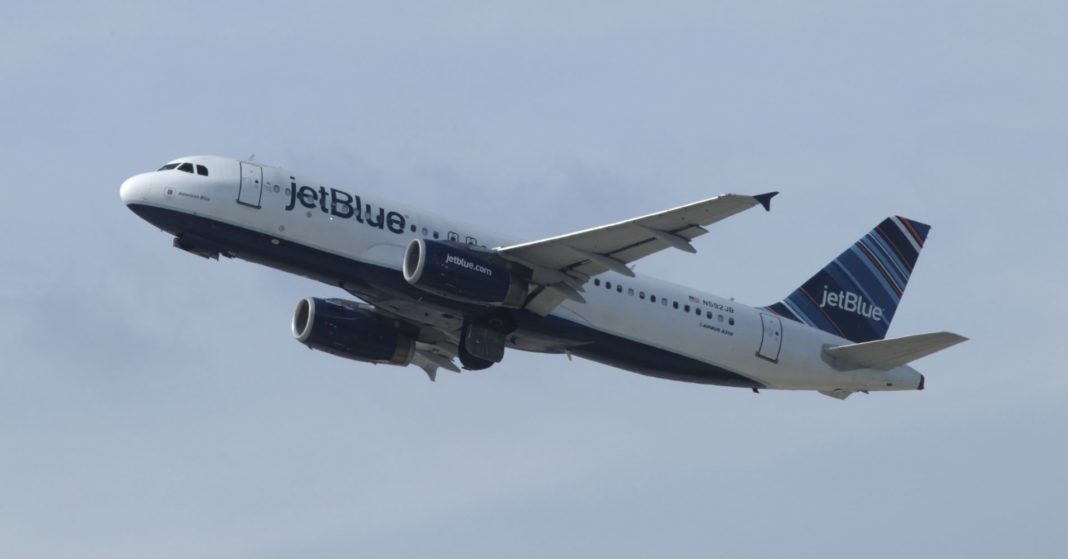 Two female JetBlue crew members are claiming in a lawsuit against the airline and two of its pilots that they were drugged and one of them was sexually assaulted during a layover in Puerto Rico.

The women, identified in the lawsuit as Jane Doe #1 of Riverton, Utah, and Jane Doe #2 of Fort Worth, Texas, said the two pilots allegedly gave them beer laced with a drug before one of them raped the first woman during the layover in May 2018, according to the suit filed Monday.

The women say in the suit that the drugging and assault that allegedly occurred during the layover and the company’s alleged failure to respond adequately to their complaints violated laws against sex discrimination, gender discrimination, sexual harassment, and a hostile work environment.

NBC News asked JetBlue for a comment on the lawsuit. The company said it could not comment on the legal action, but “takes allegations of violent or inappropriate behavior very seriously and investigates such claims thoroughly.”

“We work to create a respectful workplace for all our crew members where they feel welcome and safe,” the company said.

JetBlue did not respond to NBC’s requests for comment on whether any disciplinary action was taken against the two pilots.

The crew members said in the suit that they, along with a third female colleague, arrived in San Juan after a flight from Washington, D.C., in May and checked into their hotel before heading to the beach. The crew was scheduled to leave Puerto Rico for Newark, New Jersey, the next day, on May 10.

The women said while hanging out at the beach they ran into two men and learned that they were pilots for JetBlue. The lawsuit alleges that one of the pilots gave the women an “opened beer from his lunch box” which they claim was “laced with a drug.”

After the women drank from the can of beer, the “rest of the night became a blur,” according to the lawsuit.

The lawsuit alleges that Jane Doe #1 was in a haze from being drugged and when she woke up, she was being raped by the pilot who handed the women the beer as a third female crew member lay in the bed, also apparently drugged.

After this pilot allegedly sexually assaulted Jane Doe #1, he also allegedly raped the third female crew member, who is not party to the lawsuit. He then allegedly said: “Thank you for making my fantasy come true.”

The lawsuit says Jane Doe #2 believes that both of the pilots intended to rape her but did not because she “began vomiting which was a turnoff,” the lawsuit states. NBC has not been able to reach either pilot or representatives for them.

The pilots’ union, the Air Line Pilots Assn., told NBC News in a statement., “As this is an active lawsuit, ALPA is unable to comment on the specific incident. However, JetBlue pilots hold each other to the highest standards of professional conduct to ensure the safety, security, and well-being of our crew members and passengers.”

A lawyer for the women could not immediately be reached.

Jane Doe #1 contacted JetBlue about the alleged incident afterward and the company’s New York headquarters did not take any action against the pilots, the suit claims.

The women are seeking “an amount to be determined at the time of trial” as well as punitive damages, attorneys’ fees and other costs.