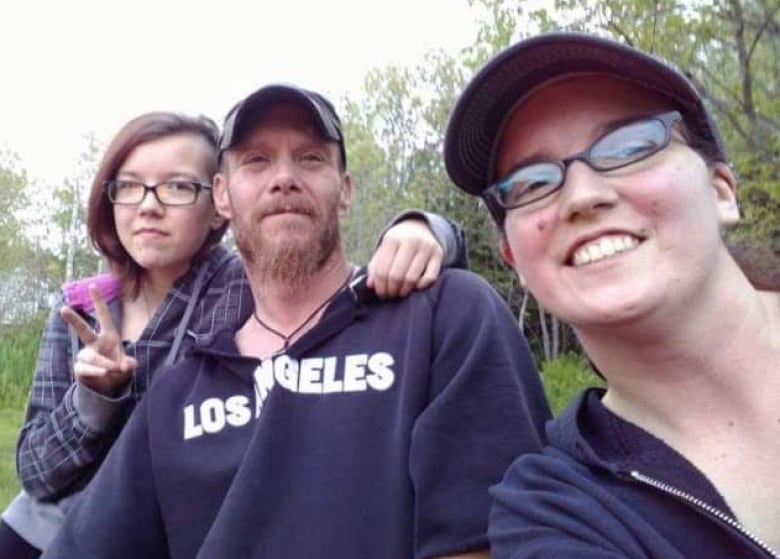 More than a year after a gunman’s lookalike RCMP car helped him move through Nova Scotia undetected and kill 22 people, federal officials have only just taken down detailed instructions on how to outfit a vehicle in the same way.

Cruelly effective, the vehicle he used was key to one of Canada’s worst mass killings.

A public website — visited by the shooter before his April 2020 rampage — provided information on the material needed, as well as the precise measurements and colours to create RCMP car decals.

“There’s no excuse” for leaving the files online, she said.

CBC News is not sharing sensitive details contained in the documents and has removed certain specifications from images published here.

The details were published on the federal government’s buy-and-sell website operated by Public Services and Procurement Canada. It featured calls for tenders from 2014 and 2018 that both linked to PDF files containing details on the dimensions and placement of decals meant to identify a car as an authentic Mountie cruiser — from the stripes on the rear bumper to the RCMP logos on the front doors.

Some of the information could be broadly gleaned from a photo of an RCMP vehicle, but not the precise logo sizes or official colour shades, which were spelled out in the tender documents.

CBC News inquired about the files on Monday. By Wednesday, the links had disappeared, replaced with the phrase: “At request of the procurement entity, this file was removed.”

Public Safety Minister Bill Blair said on April 22, 2020, a few days after the shootings, that he was “very concerned” that someone planning to commit crimes could acquire an RCMP uniform and decals for a fake police cruiser.

A spokesperson for Blair said this week that he “acted to ensure detailed design information about RCMP decals will be removed from Government of Canada procurement websites.”

Separately, a representative for the Mounties said they’re now “reviewing the procurement posting procedures for equipment that could be used to impersonate an RCMP police officer.”

“I was pretty shocked that just anybody could have access,” said Darryl Davies, a criminologist at Carleton University in Ottawa, “especially in light of what transpired in Nova Scotia.”

The tender notices were posted as the RCMP sought decal suppliers. There’s evidence, however, that they may also have provided instructions to the killer on how to recreate a police car.

CBC News first reported on the availability of the documents in the days following the Nova Scotia shootings. The offers expired years ago, and the files could still be found with a simple web search until this week.

Such proprietary information “should only be made available on a need-to-know basis” by companies with a security clearance that are bidding on the contracts, Davies said.

Indeed, the provincial police forces in Quebec and Ontario both told CBC News that when they put car decals out for tender, suppliers must go through a security clearance process. The Sûreté du Québec also said it only releases specifics such as colours and dimensions to the chosen bidder once the screening is completed.

Under the heading “Security,” the federal documents from 2014 and 2018 both noted: “This request for a standing offer does not include provisions for security.”

Blair’s director of communications, James Cudmore, said in a statement that the “design and detail of RCMP vehicle decals have not previously been considered classified or in need of safeguarding. But, if it’s possible to add a layer of security … then we will do that.”

Gabriel Wortman’s 13-hour rampage through rural Nova Scotia began the night of April 18, 2020, at his cottage in Portapique and ended, after almost 200 kilometres of driving, at a gas station in Enfield, where he was shot dead by police. He’d killed neighbours, acquaintances and strangers, including RCMP Const. Heidi Stevenson.

Complicating the manhunt for police, the killer carried out the attacks dressed like them, wearing an authentic RCMP uniform. His 2017 white Ford Taurus had previously been used by the Mounties, too. He purchased it on a federal auction site on June 27, 2019, for $10,990.

Although the car would have been stripped of police markings, court documents suggest the shooter did research online on how to recreate the decals himself. Wortman’s internet history included the RCMP’s website, platforms where gamers trade virtual car decals and a “modifiers guide” for a Ford police-model vehicle.

But on Feb. 24, 2019, and then again five months later, he visited the site with the greatest level of specificity on RCMP decals: the federal buy-and-sell portal featuring the detailed PDF files. He bookmarked two pages.

The documents contained illustrations of police vehicles outfitted in almost exactly the same way as the car used in the attacks, a photo of which was tweeted by the RCMP to alert the public during their manhunt. “There’s only one difference between his car and our RCMP vehicles,” the Mounties said: the car number behind the rear passenger window.

“It was like the RCMP handed it to them on a silver platter and said, ‘Here, why don’t you just look like us.’ We know this translates into deaths.”

A year after the largest mass shooting in modern Canadian history, the community of Portapique, N.S., is trying to move forward and not let the tragedy define it. 5:27

Gunman tried to get decals by other means

Unsealed search warrant documents show the killer also purchased four RCMP-style stickers on Amazon through a third-party seller called American Vinyl. The firm’s founder, Mark Merthe, told CBC News in an email that authorities had not inquired about the transaction. “No one has contacted us at all,” he wrote.

On June 11, 2019, Wortman had asked American Vinyl in an email: “Are you fellows able to do a complete decal set for an RCMP Ford Taurus sedan?” but his request was declined.

In the end, the gunman’s spouse told investigators he’d obtained the decals “from Crown assets.” And once they were installed, “he knew … it would be illegal” to drive the car, according to another witness.

Wortman convinced Peter Griffon, a convicted drug trafficker, to produce the decals at the Truro, N.S., sign shop where he worked, unbeknownst to his boss. Griffon told police he’d also researched RCMP images online himself. His parole was revoked and he was sent back to prison because printing the decals without his employer’s permission could be characterized as “workplace theft,” and he admitted to initially lying to police, the Parole Board of Canada found.

Since the attacks, the federal and Nova Scotia governments have each taken steps to make it harder to impersonate a police officer. The province adopted a new law banning the sale or possession of items such as police car decals. And the federal government suspended the sale of decommissioned RCMP vehicles. The gunman had purchased four.

While it’s illegal to impersonate a police officer, CBC News recently found hundreds of postings on websites, including eBay, for items such as police shoulder patches and decommissioned badges.

Work is underway on a joint federal-provincial inquiry into the Nova Scotia massacre. Commissioners are expected to make recommendations to help prevent similar incidents in the future, with an interim report due by May 1, 2022.