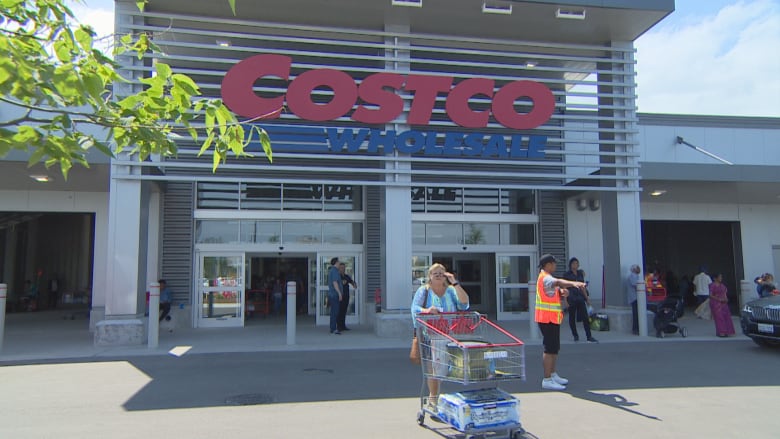 Delivery people who work with Instacart, the app that collects online orders and drops them off at customers’ homes, say it’s impossible to understand how the company calculates what they’re paid, but that one thing is clear — their earnings have fallen significantly over the last few months.

“I’ve probably analyzed 3,000 to 4,000 batches of orders from Instacart, just trying to figure out how they establish their pricing model, and I can’t,” said Daniel Feuer, 52, of Whitby, Ont., one of six Instacart delivery people from across the country who spoke to Go Public.

“I’m making much less money, and it’s not about the number of orders going down, it’s about the actual payment for those orders decreasing.”

He’s not alone. Private Facebook groups which include over 7,000 of the more than 20,000 Instacart workers in Canada, are loaded with complaints about pay. Starting in July, comments about specific batches of orders began to proliferate, with descriptions of the fees as “gross,” “a trap,” and “ridiculous.”

All six “shoppers,” as the company calls them, who spoke with Go Public say earnings have fallen. Where once they made as much as $40 to $50 an hour, they now say it’s often less than minimum wage.

Instacart considers them independent contractors, however, so shoppers are not covered by minimum wage legislation. They are paid $7 to $10 for a “batch,” which can include as many as three orders. They are reimbursed for mileage, but that is “incorporated into a shopper’s batch pay,” according to Instacart.

The private, California-based company has been a major beneficiary of the pandemic’s boom in delivery services.

Financial analysts estimate Instacart is worth $50 billion US. It operates in 5,500 cities in North America, and has signed up half a million shoppers in Canada and the U.S.

According to those who spoke to Go Public, earnings started to slide weeks ago without notification, and they can’t get a satisfactory explanation from the company.

One shopper asked CBC News to conceal his identity, as he fears the company will “deactivate” him if he complains publicly.

“Mark,” as he’ll be called in this article, lives in Western Canada and says he supports his wife and three children with his Instacart earnings. He had been earning over $1,000 a week on average for over a year, making $25 to $30 an hour, but said the fees offered currently are so low, many aren’t even worth his time to take. During a recent week he made under $400.

“It affects me in a very hard way,” said Mark, 42. He says his earnings now average “maybe five or six dollars an hour, considering that you still have to pay for the expenses for your vehicle.”

Despite making numerous calls to the internal Instacart shopper support line to help understand what is happening to fees, he says he can’t get a satisfactory clarification.

“Every time they would say that it’s calculated by ‘the system’ and they would not give me any details,” Mark said.

Instacart workers say they have been earning significantly less money — often below minimum wage rates — than earlier in the pandemic, while doing the same amount of work. 1:59

Like many app-based companies Instacart uses an algorithm to calculate what it pays at any given time. In a statement to Go Public, a spokesperson said many factors are taken into account, including the current level of demand, mileage, the number and weight of items, and the retailer.

The spokesperson says Instacart hasn’t changed its earnings structure since February 2019. That change came after Instacart faced a U.S. class-action lawsuit for using customers’ tips to subsidize what it paid shoppers.

Since then, it says tips belong “100 per cent” to the workers. Instacart insists there is no reason Canadian shoppers should be experiencing a drop in pay.

“Shopper earnings in Canada increased at the onset of the COVID-19 pandemic and have stayed higher than pre-pandemic levels since March 2020,” the spokesperson said, adding that earnings may “fluctuate” due to a wide variety of factors.

She said that, in times of high demand, those workers may be eligible for additional incentives. Shoppers confirm that if an order is not being accepted by others, a “boost” of $2 to $12 may be added to the fee.

“The satisfaction of our shopper community continues to be incredibly important to us,” the spokesperson said, noting that satisfaction is measured, and is “among the highest it’s ever been.”

But shoppers who spoke to Go Public say there’s no question they are making less money.

Feuer has been tracking every detail related to his pay since he began, creating a spreadsheet that he shares with other shoppers, so they can track their Instacart earnings as well.

“This red line represents minimum wage,” he said, pointing to a chart of his hourly income over the past year, even though Instacart doesn’t pay by the hour. In Ontario, minimum wage is $14.35 per hour.

“You can see that in the last six weeks, the income has been below the minimum wage from Instacart, and has been trending downward since June,” he said. Feuer estimates he now averages $8 to $9 an hour.

Instacart points out that shoppers can choose which orders they want to take, and see what each will pay before accepting it.

However, the contract that shoppers agree to via the app specifies that “Instacart reserves the right to change the rates schedule at any time.” It also says the company will provide shoppers with notice of any changes in advance, but the shoppers who contacted Go Public said they’ve heard nothing.

Fortunately for these gig workers, Canadian consumers have been generous with tips throughout the pandemic, which has helped make ends meet.

Feuer says his data, which includes tips, is further confirmation that what he’s paid by Instacart has declined. “My tips used to be about 25 per cent of what I made. Now tips make up 50 per cent of my income,” he said.

He says another, less-well-known delivery app called Cornershop makes it much easier for delivery people to understand how they’re paid.

“Not knowing how my pay is calculated is extremely frustrating,” said Feuer. “And it’s disrespectful.”

A California-based group of 14,000 Instacart shoppers, called the Gig Workers Collective, is demanding better treatment by the company, including measures that would boost pay.

Lead organizer and shopper Willy Solis says, with an algorithm determining shoppers’ earnings, Instacart is able to shroud those calculations in mystery.

“The algorithm is what’s making Instacart a ton of money. And basically they just sit back and watch the register ring while we’re out here trying to figure out a way to make our next car payments,” he said.

The group has launched a social media campaign, asking consumers to delete the app until their demands are met. This past weekend, they staged a walk-off, asking shoppers to decline all orders from customers, to put more pressure on the company.

Solis says the group is in the process of formalizing a chapter in Canada. “We  expect our membership to continue to grow,” he said.

He says he’s often asked why he doesn’t simply quit Instacart if he’s so unhappy with the company’s policies.

“I could go off and get another job,” he said. “But at the end of the day, that will leave a whole host of workers, including new workers that have no idea what the company is about, to be exploited and to be taken advantage of.”

Solis isn’t sure why Instacart hasn’t fired him, and in Canada, Feuer hopes he can also avoid that fate, despite his decision to speak to Go Public. He says he enjoys helping people and often gets positive feedback from the clients he serves.

“There’s a lot of good things from the customer’s perspective, but they would never treat any of their executives or any of their regular employees the same way they treat the half million contract workers,” he said.