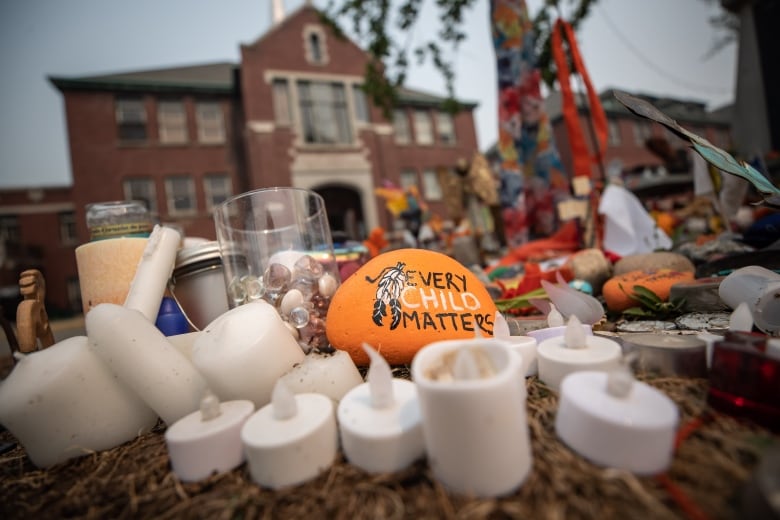 A survivor of the Kamloops Indian Residential School is calling on Prime Minister Justin Trudeau to show more leadership on reconciliation and pledge additional funding for her community, ahead of a meeting on Monday.

In an interview on Rosemary Barton Live on Sunday, Diena Jules, a Tk’emlúps te Secwépemc elder, said it was “quite disappointing and disheartening” that Trudeau had not met with the First Nation earlier. But she added she was “really glad that he’s coming to pay honour and respect to our loved ones that are buried there.”

Trudeau travelled to Kamloops, B.C., on Sunday and will meet with the Tk’emlúps te Secwépemc Nation on Monday, holding a news conference with Kukpi7 (chief) Rosanne Casimir and an event with the community to hear from and honour residential school survivors.

Tk’emlúps te Secwépemc Nation is located near the site of the former residential school in Kamloops, where about 200 possible unmarked burial sites were detected by a radar survey this past spring.

Jules, who will be at Monday’s event, said she hoped that Trudeau would “walk the talk” when it came to reconciliation with Indigenous people.

“If you want other people within Canada to really understand and appreciate and have compassion for what us residential school survivors have gone through, then you really need to be the role model,” she said.

Trudeau apologized for not following up earlier on two written invitations by the First Nation to attend an event there on Sept. 30, Canada’s first National Day for Truth and Reconciliation. He also recently expressed regret for instead flying to Tofino, B.C., for a family vacation that day.

The prime minister attended a memorial event in Ottawa the night before the new holiday and spoke with several residential school survivors on the phone Sept. 30.

WATCH | Trudeau says ‘mistake to travel’ on National Day for Truth and Reconciliation:

Responding to questions about his decision to travel on the first National Truth and Reconciliation Day, Trudeau says it was a mistake and vows to work to make amends. 1:08

Tk’emlúps te Secwépemc Nation leadership said they are “not interested” in further apologies and instead demanded real action. They released a statement stressing that Trudeau’s visit should focus “on the real issues of reconciliation” and be more than just a media event.

Jules laid out Sunday the form she’d like some of that action to take.

She said although the federal government had provided some funding so far, she also hoped it would help pay for services that would assist in identifying and re-interring remains, as well as returning them to families.

More money could be used to help organize and carry out surveys of land around the area already investigated, Jules said, through techniques like the ground-penetrating radar previously used. She said she had been among the many people working constantly on the effort, but “we still have a lot of work.”

Jules said she also hoped funding would be made available for a language and cultural centre, as well as a healing centre to help deal with the impact of intergenerational trauma.

“I see many of our relatives that are really going down a dark path. And so we need to help them.”