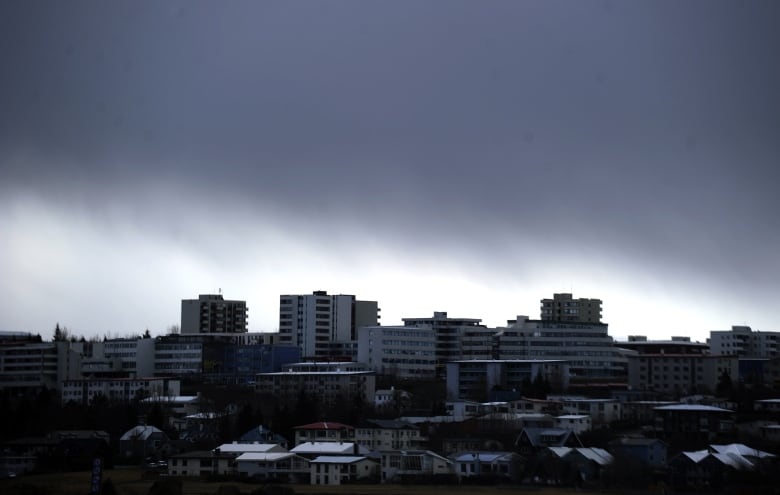 Iceland recently became the first country in Europe to issue and recognize COVID-19 vaccination certificates, which it hopes will allow vaccinated individuals to travel freely within its borders and abroad.

Since early in the pandemic, the island nation has required a five-day quarantine for international arrivals. Now, those with documentation showing they have received a full course of COVID-19 vaccines will be able to skip quarantine.

The idea has some currency — already, Sweden and Denmark are reportedly developing their own digital certificates for post-vaccine travel.

Whether Iceland’s certificates are actually recognized will be up to other countries. But there are some parallels between Iceland’s experience and the future faced by some lucky Canadians.

Iceland expects to vaccinate a majority of adults by mid-2021, months ahead of its neighbours. Residents of Nunavut, Yukon and the N.W.T. are expecting the same.

That means a greatly reduced risk that the territories’ limited health systems will be overtaxed by COVID-19 cases — and a greater challenge justifying their quarantines, which are making it harder to attract skilled workers and gutting the vital tourism sector.

Could vaccine certificates be part of travel inside Canada? While the answer isn’t totally clear yet, there are reasons to think Iceland’s experiment would meet a chilly reception here.

Iceland has generally been less cautious than the rest of the world when it comes to COVID-19. It opted for a shorter quarantine period than most, and it issued similar certificates for those who had recovered from COVID-19 on the assumption (which has been questioned) that people could not contract the disease twice.

The introduction of vaccination certificates has been no less controversial, partly because health authorities stress there is still little evidence available vaccines prevent a person from carrying the coronavirus and infecting others.

For Iceland’s certificates to matter, they will need to get buy-in from their 25 neighbours in Europe’s free-travel zone. That’s not going to be easy.

EU leaders have as yet been unable to come to a common position on the certificates, despite interest from tourism-hungry nations like Italy, Spain and Greece.

There are real equality concerns if we’re going to start doling out benefits and demerits based on who is vaccinated.– Cara Zwibel, Canadian Civil Liberties Association

Those countries have the support of industry, like the International Air Transport Association, the United Nations World Tourism Organization and the European Travel Commission.

“It’s a top priority that travel becomes hassle-free again,” said Pascal Prinz, the chair of the commission’s Canada chapter. “[Vaccination passports] would be a complimentary tool.”

But some of Iceland’s neighbours have been turned off by some unresolved legal questions.

While international health regulations allow states to request proof of vaccination against certain diseases, such as yellow fever, COVID-19 is not currently among them. Expanding that list would require a recommendation from the World Health Organization, experts say.

Some countries, like Germany and France, have also raised concerns that the certificates may be discriminatory. Even the U.K., which funded eight companies’ efforts to design a digital COVID-19 passport, now says it has no plan to use them for international travel.

Canadian groups raise similar objections. Cara Zwibel, director of the Canadian Civil Liberties Association’s Fundamental Freedoms project, says certificates could discriminate against pregnant mothers and children, who are still discouraged from getting COVID-19 vaccines in some places, or against certain religious groups or other conscientious objectors.

We are not there yet as a country.– Mike Westwick, spokesperson for the N.W.T. chief public health officer

“There are real equality concerns if we’re going to start doling out benefits and demerits based on who is vaccinated,” she said.

The Public Health Agency of Canada didn’t respond to questions about Iceland’s passports in time for publication. But in the North, where residents can expect to be immunized months ahead of most other places, health authorities still caution that barrier-free travel, even within Canada, is unlikely anytime soon.

Mike Westwick, a spokesperson for the N.W.T.’s chief public health officer, says health authorities would need to be convinced that the vaccine prevents transmission of COVID-19 — and right now, they aren’t.

The lack of any common database to track travellers and their vaccination status is another barrier, he wrote.

“There needs to be a lot of thinking on how to structure any tracking system,” he wrote in an email. “We are not there yet as a country.”

That means for now, officials in all three territories said proof of vaccination would not mean easier travel for anyone.

The N.W.T.’s 14-day quarantine remains in place even for those who have received a full dose of vaccines. According to a spokesperson for the Department of Health and Social Services, immunization cards can’t be used “as proof for travel or other purposes.”

Similarly, Nunavut’s health authorities said in a statement it’s “too early to make any decisions or changes” to travel or quarantine rules.

But whatever the objections, the debate over COVID-19 passports is not going away. Denmark, Sweden and Israel may soon join Iceland in rolling out their own vaccination passport systems.

Even the European Commission, which called discussion of travel certificates “premature” in a recent communique, says as vaccination campaigns accelerate, the “mutual recognition of vaccination [will] become of utmost importance.”

Ultimately, it’s still too soon to say whether it’s even safe for the vaccinated to be travelling across borders, and it will take more time still to figure out just how to manage it. So like so many other pandemic policies, it’s a case of hurry up and wait.