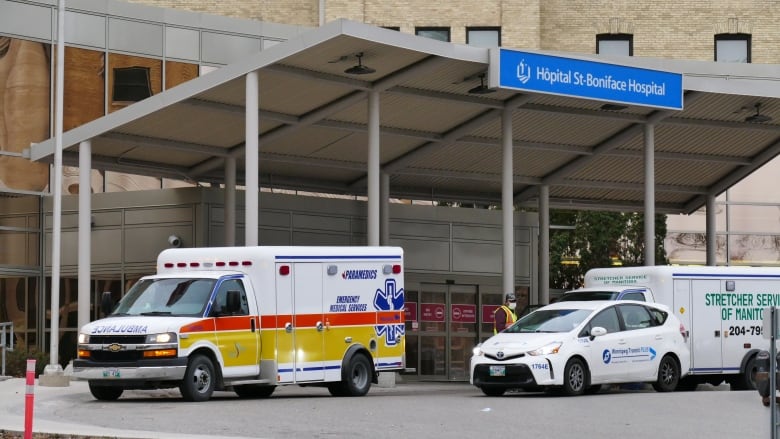 An emergency room nurse at Winnipeg’s St. Boniface Hospital is struggling to provide care to three patients with COVID-19.

Two of them are screaming at her. They want to leave the ER. They’re homeless. She’s scrambling to find them a place in Winnipeg where they can self-isolate.

Meanwhile, an elderly woman has been rushed in from a personal care home unable to breathe. Her COVID-19 symptoms are so severe, the nurse has been told the woman will die.

She knew if she didn’t stop the first two patients who were homeless from leaving the ER, they could spread COVID-19 in the community. She had no choice but to leave the elderly patient, she said.

“To know that there was someone dying alone in a room, and there was no help — no one was with her. I’ve never had a day like that before,” the nurse said.

“It still bothers me,” she said. “I just keep thinking if that was a family member of mine.”

CBC News interviewed 10 emergency room nurses who work in Winnipeg and surrounding areas — from St. Boniface Hospital, Health Sciences Centre, Grace Hospital and Selkirk Regional Health Centre — and say they feel abandoned by Manitoba’s Department of Health and their own union. CBC has agreed to withhold their names because they fear they could lose their jobs for speaking out.

In December, the province signed a deal with the Manitoba Nurses Union to provide a temporary pay bump to nurses working in intensive care, COVID-19 wards, and personal care homes. The emergency room nurses were left out of the deal.

“The [agreement] completely disregarded emergency,” one nurse said. “Our union didn’t even acknowledge that that had happened.”

After that, more than 200 ER nurses signed a letter to the province and their union looking for more support. The nurses CBC News spoke to said those concerns have been ignored.

They have now gone to the Opposition NDP as well as CBC, hoping the public will demand the province do more to support them.

‘This place sucks the soul out of you’

The ER nurses say they face serious risks in the pandemic the public might not be aware of.

Most patients enter the hospital through the emergency department. That means ER nurses often screen, test, and treat people for COVID-19 before they are triaged elsewhere.

And unlike those working in intensive care units (ICUs) or COVID wards, ER nurses don’t know whether someone being rushed into their care has the virus or not.

They’ll do CPR not knowing whether the person they are trying to save is infectious, they said.

“They’ve got their faces down doing compressions on a patient. You’re probably six inches away from their face while you’re doing this. So you’re high, high risk,” one nurse said.

Some ER nurses with more than a dozen years of experience say they’ve never dealt with this many severely ill patients at a time — or this much death.

When someone dies, the nurses said they don’t have time to comfort families — they have to run to the next emergency.

“It is heart-wrenching to hear people grieve … I’m embarrassed with the way we care for these people’s families,” one nurse said.

“This place sucks the soul out of you,” another added.

I’m embarrassed with the way we care for these people’s families.– Winnipeg emergency room nurse

Many are now required to work 16-hour shifts to make sure the emergency department is staffed.

“Do you want to come to emergency and know that 90 per cent of the nurses there are on their 15th hour of work? I wouldn’t,” one said.

“It’s not safe for the patients.”

The last time Manitoba’s nurses were given a pay raise was four years ago — long before they were fighting a pandemic.

The Manitoba Nurses Union has been without a contract with the Department of Health since March 2017.

When the union signed the temporary pay increase for some nurses in December, it allowed the province to change those nurses’ assignments, shifts, and work locations to deal with the pandemic.

“As emergency departments are not currently an area where staff are being redeployed, they were not included in the [agreement],” a spokesperson for the province wrote in an email.

Emergency room nurses say the deal amounts to $6 an hour extra — a hike they are happy to see their colleagues in other departments get, but one they say all frontline nurses deserve.

The union said it tried to get the ER nurses included in the wage increase, but the province told them they only had a certain amount of funding.

Emergency room nurses say they are now making difficult decisions about a job they love.

“There are a lot of days now for myself that I question, do I want to be an emergency nurse still? That is really hard,” one nurse said.

“We have lost so many of our very good senior staff members to take other jobs, [because] they need to not feel like they’re failing as a nurse in this profession, when it’s really because we just don’t have the resources,” another said.

The NDP’s Health critic said this could leave a lasting mark on Manitoba’s health-care system as the pandemic drags on — and for years to come.

“These are folks who have a tremendous amount of training and education and commitment to doing this work. So it’s a huge loss if and when they walk away. And I know the nurses have walked away,” Uzoma Asagwara said. “They’ve reached their breaking point.”

The province said its making efforts throughout the system to make sure nurses are supported, but did not elaborate on what those are.

“Nurses across the health-care system are making valuable contributions to our COVID-19 fight and we thank them for their professionalism and commitment to providing outstanding care during this unprecedented time,” a provincial spokesperson wrote.

The 10 ER nurses said it’s hurtful to hear the Manitoba government praise them in writing, but not hear their concerns or provide a clear plan to support them.

“We’re really not superheroes, actually,” one nurse said. “We’re really just humans, just like everyone else. And we do have a threshold. And there’s only so much that one person can do.”