‘I was not in a good place,’ former Alberta chief medical examiner testifies at trial 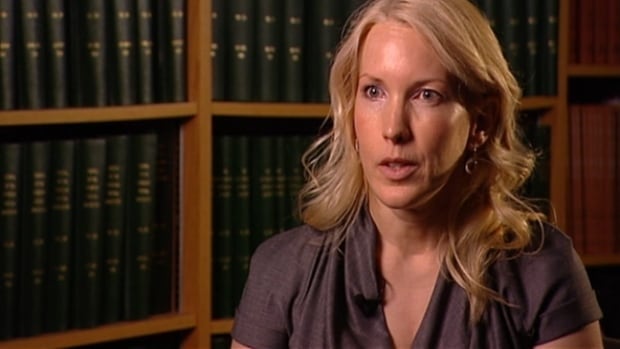 Sauvageau concluded two weeks of direct testimony Thursday by describing the emotional, physical, professional and financial toll of being let go by the province in 2014.

Sauvageau has told the court that she felt bullied throughout the summer. She also felt subjected to political interference.

“I was not in a good place,” Sauvageau told the court on Wednesday, revealing that she has Crohn’s disease, which can flare up due to stress.

“I was in constant abdominal pain,” Sauvageau testified.

Feeling like she had run out of options, Sauvageau contacted a CBC reporter.

She said she leaked documents to CBC but asked to remain anonymous.

“I wanted this situation to be fixed,” she said. She said she felt her best option was to speak anonymously.

Sauvageau said she leaked three documents to CBC and did not know how other documents used in a story published on Sept. 18, 2014 had been obtained.

She had a meeting later that same day with the assistant deputy minister she felt had bullied her.

When the subject of the CBC article came up, “I mentioned if I was the source there was a lot more I could say,” Sauvageau testified.

She said she was bitterly disappointed when nothing changed following the story’s publication.

On Sept. 23, 2014, Sauvageau wrote to Premier Jim Prentice about her concerns.

Prentice wrote back two days later to say he would not get involved because Sauvageau had already taken her concerns to the public interest commissioner.

The situation came to a head the next day when Sauvageau received an email on a day off, stating that the decision had been made not to renew her employment agreement. No reasons were given.

She said a part of her felt relieved that she would not have to continue to feel the ongoing stress of the job.

“At the same time, on a personal level, it was devastating,” Sauvageau testified.

“I had just lost my dream job, my purpose, my identity. I thought it was employment until retirement. I was very dedicated to make the best I could for Albertans.”

Sauvageau’s contract expired at the end of 2014. She said she immediately began looking for another forensic pathology position, but rarely ever reached the interview stage.

After one pre-interview for a job in Newfoundland, she was told that following a Google search, they were no longer interested in hiring her.

She remains unemployed and even her contract work that usually involves consulting on court cases has begun to dwindle because it’s been so long since she conducted an autopsy.

By December 2016, Sauvageau testified, she was suicidal.

Her first husband had killed himself and she didn’t want to leave her second husband in the dark, so she asked for his permission to kill herself, she told court.

“I was in so much pain that I didn’t want to live anymore. It was hurting too much,” she said. “But he brought me to the doctor because he didn’t want me to die.”

Her doctor diagnosed her with depression and prescribed antidepressants.

Cross-examination of Sauvageau will begin Tuesday.

The wrongful dismissal trial is scheduled to last eight weeks.