The next wave of electric vehicles is coming — and it could be buses, semis and other large trucks 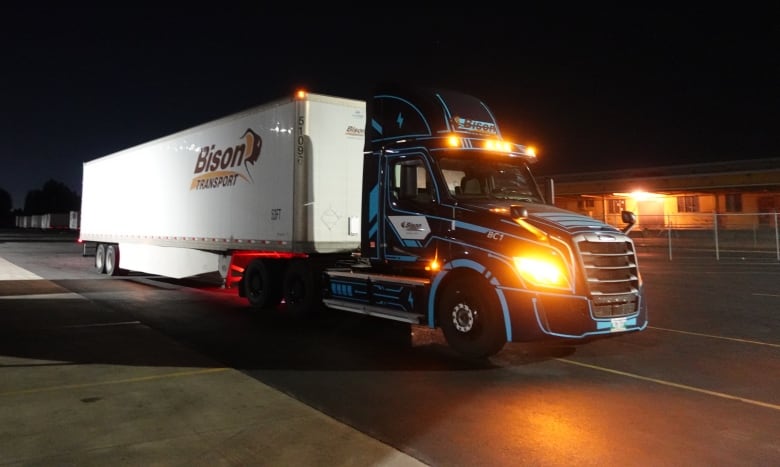 Electric cars are increasingly common on streets and highways across the country, but spotting a battery-powered truck is rare, especially anything larger than a pickup.

This week, Calgary-based Enmax showed off a pair of new service trucks that workers will use to help keep the power on in the city. Enmax says it’s the first utility in Canada to pilot medium-duty electric trucks.

When it comes to having large trucks running on batteries, the country is basically starting from scratch; the vehicles are scarce and often require their own industrial-sized network of charging stations.

For Enmax, the pair of trucks are expected to each save the utility 4,300 litres of diesel a year.

“The total cost of ownership of one of these medium-duty electric vehicles will be 50 per cent less from a maintenance and operating perspective than one of our combustion engine vehicles. So, substantial savings,” said Jana Mosley, president of Enmax Power, which wants its entire fleet of about 400 vehicles to be electric by 2030.

Bison Transport ran its own test last summer with a pair of electric semis for two months, delivering cargo between Delta, B.C., and Washington state.

There were some logistical challenges because of the pandemic and crossing the border, but the company said the pilot project was successful.

At this point, even if trucking companies want to go electric, it can be challenging and expensive.

“The availability of these vehicles, that’s the main issue right now,” said Mike Gomes, vice-president of maintenance at Bison Transport, pointing to how several manufacturers are still only developing their vehicles.

“They are not cheap vehicles, they are approximately double the price of a current vehicle,” he said.

There’s also the need to build charging stations suitable for the size of these vehicles, which Gomes said can take several months to plan and build.

Even if customers get charged an added premium to have their freight moved by zero-emission trucks, Gomes said the demand is there.

“Absolutely, there’s a high want and need for this type of technology in our industry.”

WATCH | Canada starting from ‘near zero’ on electrifying large vehicles: 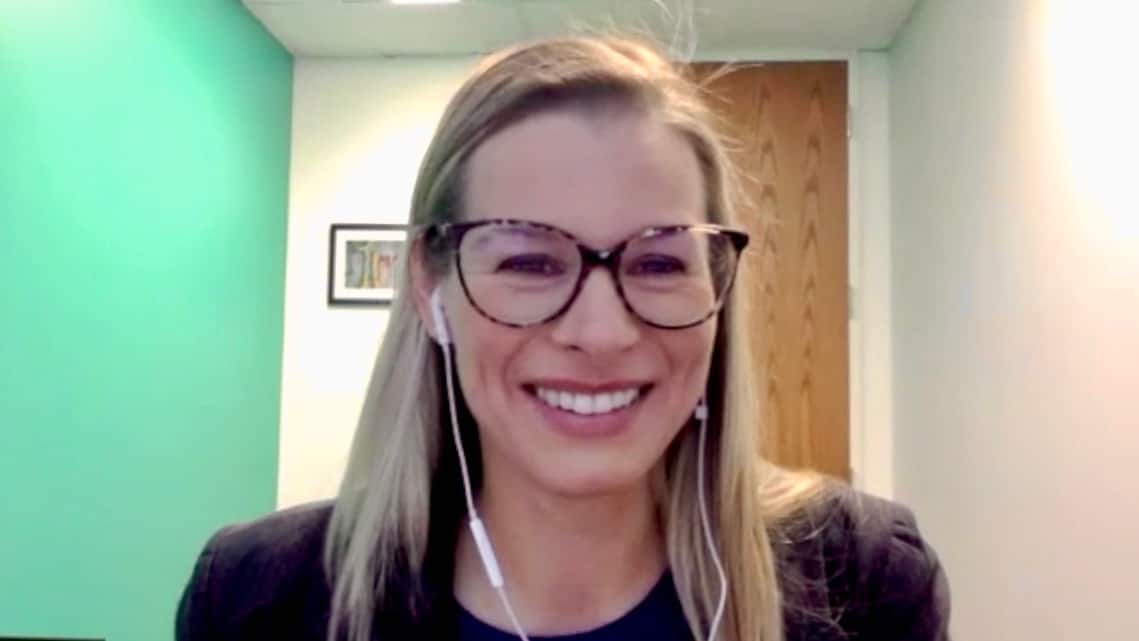 The price tag and charging stations are two of the obstacles, says Joanna Kyriazis, the clean transportation program manager at Clean Energy Canada. 1:45

In the recent budget, the federal government is proposing a new subsidy program worth $547.5 million over four years toward the purchase of medium- and heavy-duty zero-emission vehicles. Among other measures, the government also wants 35 per cent of total sales of these types of vehicles to be zero-emission by 2030.

That’s one of the most ambitious targets in the world, said Joanna Kyriazis, the clean transportation program manager at Clean Energy Canada.

“We’ve got to get moving on this and we’ve got to move fast,” she said.

The oil and natural gas sector is the largest source of emissions in the country at 26 per cent, followed closely by transportation at 25 per cent.

Since 1990, the emissions from heavy-duty freight trucks has tripled in Canada from 19 megatonnes to nearly 65 in 2019.

Reducing emissions from large vehicles is the next frontier of cutting pollution in this sector, Kyriazis said, although it will be more complex than cars, since there is a range of vehicle types. For instance, delivery vans, school buses, and long-haul tractor-trailers are all different sizes and are used differently.

“It’s just so vast that there’s not really a one-size-fits-all approach that we can take,” she said.

Companies are also testing hydrogen and biofuels to see which energy source is best for different industries.

In the emissions reduction plan released last month, the federal government has set a target for the transportation sector to reduce total emissions by more than 23 per cent by 2030.