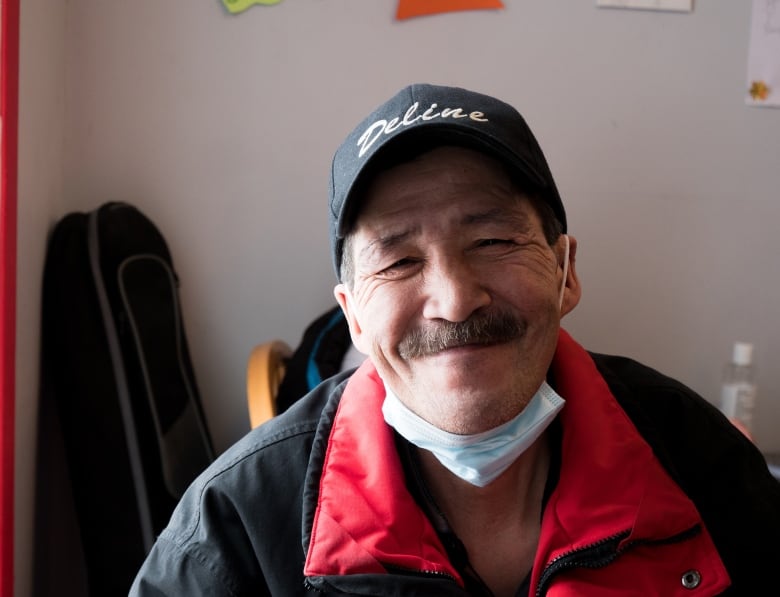 In March 2020, before the pandemic hit, a rust-coloured former motel near Yellowknife’s downtown sat fully furnished and empty, while elsewhere in the city, people experiencing homelessness were couch-surfing, staying in a shelter or even sleeping in a stairwell.

When the first case of COVID-19 was confirmed in the Northwest Territories, the borders closed within hours. Within weeks, the empty two-storey motel was transformed.

The Yellowknife Women’s Society and the territorial government hustled to protect the city’s most vulnerable from the virus, creating Spruce Bough, Yellowknife’s COVID-19 isolation shelter. People who don’t have stable housing and are at higher risk of death and serious illness from the coronavirus could self-isolate there. Over four days, about 30 people moved in off the streets.

Nearly a year later, the shelter has grown beyond an isolation shelter into a community — but the future is now uncertain for a facility that the pandemic made possible.

Meet some of the clients and staff.

“I’ve got bread, a toaster and butter. I’m covered!” he said while touring his dimly lit suite at Spruce Bough.

Inside Betsidea’s bar-fridge is a plate loaded with caribou and macaroni. There’s ice cream in the freezer.

Anything he needs — medicine, a pack of smokes or someone to talk with — is just a phone call away. Shelter staff are available 24/7. They also provide security. 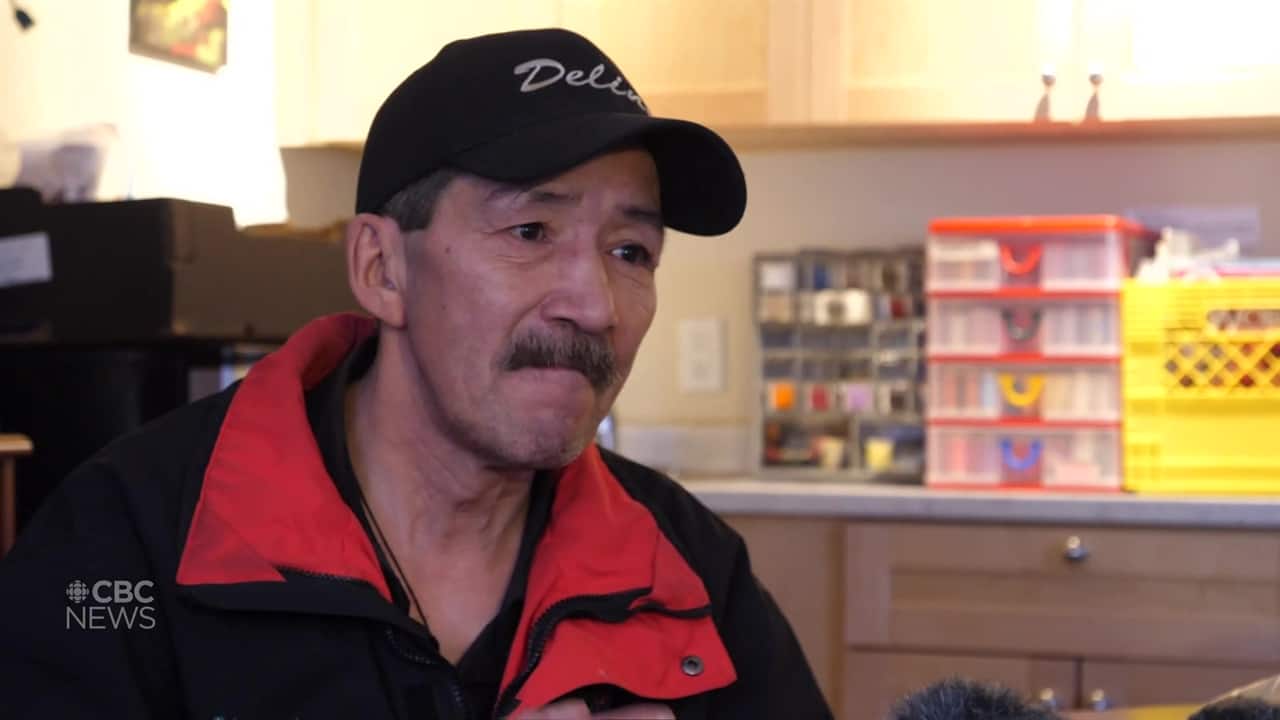 Alfred Betsidea on why Spruce Bough, Yellowknife’s Covid-19 isolation shelter, is like home to him. 1:02

He’s among roughly 30 clients living at the shelter that’s funded by the territorial government and run by the Yellowknife Women’s Society. Many clients have experienced some form of homelessness before arriving at Spruce Bough.

Betsidea, 53, is originally from Deline, N.W.T.. He says he got “stuck” in Yellowknife seven years ago. Prior to the pandemic, Betsidea struggled for three years to find housing in Yellowknife.

He often found nighttime refuge in stairwells when temperatures dropped below –40 C, he said, or he would sleep at the Salvation Army shelter.

“I got lots of friends passed away down there,” said Betsidea, referring to his street community in downtown Yellowknife.

When he arrived at Spruce Bough, he said his initial reaction was “kind of scared.” No guests are allowed in private rooms and there are rules about drinking alcohol on site.

“I was just quiet when I came here,” said Betsidea, who stayed in his room for a week.

Betsidea is working on a series of drawings in crayon that tell his life story. They show caribou hunting near Deline, members of his family, and catching a trophy-sized trout from Great Bear Lake.

Each day, Betsidea says, he comes a little further out of his shell.

“I feel very, very much happy.” 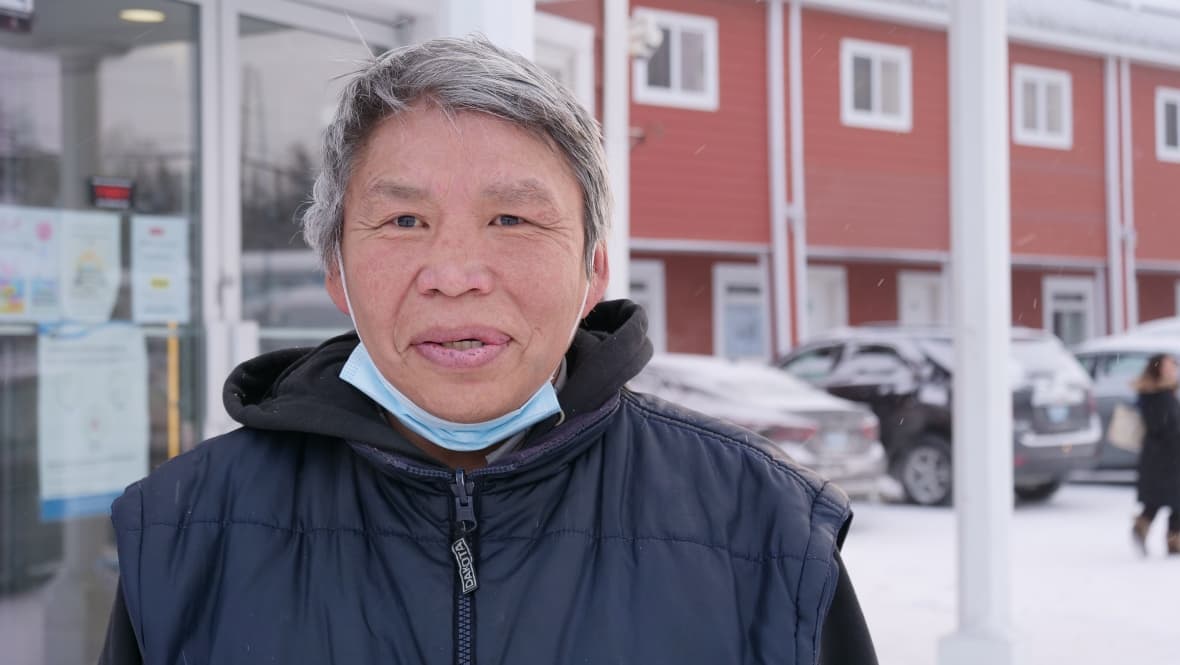 John James Smallgeese on what the shelter has meant to him. 0:19

John James Smallgeese still thinks about this past Christmas.

In November 2020, he was living on the street. By December 25, he was at Spruce Bough sitting down to a turkey dinner.

There was music, games, old and new friends.

“It brings back memories from growing up,” said the 48-year old who is Tłı̨chǫ Dene originally from Behchoko, N.W.T.

Smallgeese has lived in Yellowknife for the past eight years. He said he spent many nights at the Salvation Army shelter or on the streets. In the winter, he shovels sidewalks for money.

But this Christmas he slept in his own private room.

“They cooked us turkey. They even gave us wine on the table,” said Smallgeese.

Smallgeese looks forward to the home-cooked meals served at the shelter. There’s always a hot pot of coffee in the lounge and staff to talk with. In the evenings, the clients play pool or cribbage. There’s even a small gym.

Smallgeese, who describes himself as an alcoholic, said he’s also learning to take better care of his health. His drink of choice on the streets was Private Stock. Now, he’s enrolled in the shelter’s managed alcohol program.

Every few hours Smallgeese can get a shot of alcohol or cannabis, if he chooses, to keep from going into withdrawal. The managed alcohol program is meant to reduce alcohol-related hospitalizations. More than a dozen people at Spruce Bough, according to shelter staff, are enrolled in the program that’s funded by the territorial government and overseen by the shelter.

Nurses visit the shelter several times a week so clients can get medical care on site.

Having those basic needs met makes him feel valued, he said.

“Somebody cares … I could cry.”

Patricia Ross knows what it’s like to battle addictions.

Clad in a hairnet, apron and a mask, the 38-year-old serves up garlic bread for lunch as a cook at the isolation shelter.

“Comfort food. I cook for them like I cook for my own family, ” said Ross, who is Gwich’in from Tsiigehtchic, N.W.T., who began working at the shelter last December. She’s since taken another job elsewhere.

The clients and their struggles remind Ross of her own journey to sobriety and stable housing. Ross spent 10 years deep in her addiction to crack cocaine and alcohol.

“I, too, was homeless at the time,” said Ross. “They never had programs like this.”

“People that I surrounded myself with didn’t understand what addiction was, and the costs of addictions and the stuff you do to support your active addiction.”

Ross said staff make time daily to connect with clients and show them what healthy living looks like, such as eating regular meals — connections Ross said have been important for her own healing journey.

“Hopefully, one day they’ll realize, like, we don’t have to live that life forever,” said Ross.

Ross said staff always make sure that comfort food is served with a smile, showing clients that they matter.

Joanne Lennie and her partner Andrew Sewi are counting down the days until they move into their first home together.

The couple arrived at the isolation shelter not long after it opened last May.

“Just excitement,” said Sewi, who is originally from Deline, N.W.T., about the prospect of getting their own place. They get the keys to their new rental home in Tulita, N.W.T.,  in just a few weeks.

The couple said the years leading up to the pandemic were a struggle.

Lennie has fibromyalgia and can no longer do her job as a community health worker. For the last several years, she has spent time in Tulita and Yellowknife living with family and caring for her loved ones.

Lennie didn’t consider herself homeless at that time, but she didn’t always have a place of her own until arriving at the shelter, she said.

“We have a roof over our head and we have all the meals and snacks all every day,” said Lennie describing her life now at Spruce Bough.

Sewi also bounced between living with family and friends.

“You know, sometimes we have friends, but we don’t trust them. They bring strangers in, steal stuff or take stuff. We just take off,” said Sewi, who has also spent nights walking the streets.

A lot has changed since the couple arrived at Spruce Bough.

“I feel happier, I feel safer,” said Lennie, who has been working as a cook at the isolation shelter for several months. It’s helped her slowly get back into the workforce.

“I love working with [the clients],” she said. “We all help each other like we did when we were on the streets.”

With stable housing and work, Lennie has been able to pay for her housing deposit and buy household items for their new home.

“We’re responsible for ourselves,” said Lennie, but leaving the shelter and their community won’t be easy. 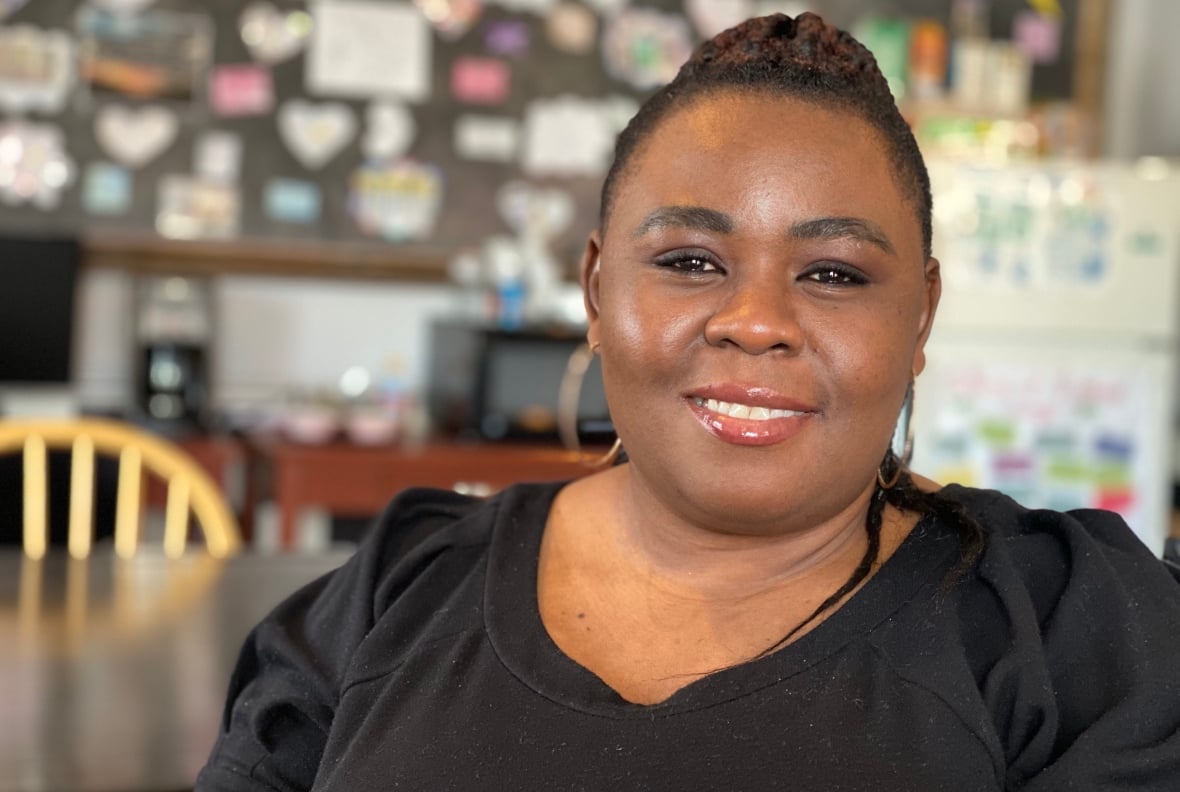 Diana Lubansa is affectionately known as Mama Bear by many clients of the shelter. 0:21

To many at the shelter, manager Diana Lubansa is known simply as Mama Bear.

When the pandemic hit, Lubansa was tasked by the Yellowknife Women’s Society to help get the shelter up and running.

“We had to get up and go as fast as possible, get people in and out of harm’s way,” said Lubansa.

The Yellowknife Women’s Society had been calling for this kind of facility and support since 2016. It already had access to the building as the pandemic was ramping up, but needed insurance and scrambled to hire and train staff before clients moved in.

Since those early days Lubansa says the focus has turned from keeping people isolated to building up a community with support: medical outreach services, the managed alcohol program, group meals, and staff to help them find ways to achieve their goals.

“The work we do is very complex, very challenging emotionally, physically and spiritually,” she said.

On any given day the TV in the lounge pumps out music. Lubansa checks in on clients playing a game of pool to see how their day is going, and to make sure they aren’t drinking in dry areas.

She makes a cup of tea for another client.

Laughter echoes from the lounge, but things can get tense when the clients have had too much to drink or are having a tough day.

Staff have de-escalation training, but there have been assaults on staff and clients. The Yellowknife Women’s Society says some clients have been asked to leave after repeated incidents.

“Sadly, we’ve had a few clients who came and they lasted past a month because they could not adapt…. They were still very deep into their addictions,” said Lubansa.

Overall the clients are healthier than when they arrived, she said.

Success for some is learning when to take a shower, clean their rooms, and drinking less. A few have stopped their addictions all together, said Lubansa. Others are talking about going back to school or looking for work, she said.

The most important takeaway, Lubansa said, is holding space for the clients without judgment.

“That creates the opportunity or the room for them, for there to be change.”

After years of advocating for a space like Spruce Bough, it was money mobilized by COVID-19 that made it happen.

“The pandemic has been very difficult on many people, but it’s also birthed [Spruce Bough],” said Lubansa.  “We’ve been able to save a lot of souls here.”

The Yellowknife Women’s Society’s current contract to operate the shelter and run programs was set to expire on March 31, 2021, but has been extended for six months.

The territory’s health minister says over the next six or seven months the department will work with the Yellowknife Women’s Society to explore options for continuing this program once pandemic funding expires.