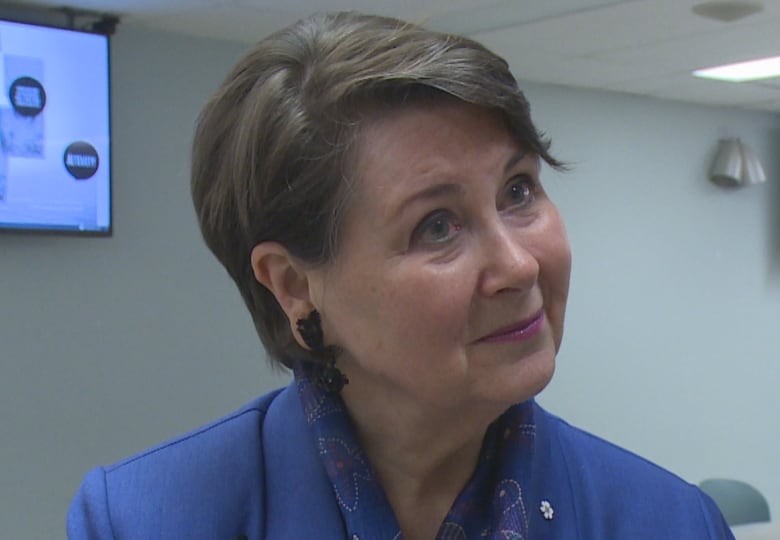 The Senate’s new harassment policy is “a gift” for would-be harassers because it creates a culture of secrecy that will shield wayward senators and staff from public scrutiny, one member of the Red Chamber says.

A recently retired senator also said the policy does nothing to address the problem of senator-on-senator abuse that parliamentarians sometimes face.

“I have suffered intense bullying throughout my career. There should be rules that prohibit this sort of harassment as unethical behaviour for a senator,” former Saskatchewan senator Lillian Dyck said in an interview with CBC News. “It just shouldn’t happen.”

Independent Manitoba Sen. Marilou McPhedran, a human rights lawyer with some 40 years of experience representing victims of harassment and abuse, said the new 31-page policy demands staff complainants and “responding parties” sign documents very much like non-disclosure agreements (NDAs), which have been widely condemned for silencing victims of bullying or harassment.

After years of complaints about the Senate human resources department — which has been accused of being more interested in shielding senators from scandal than properly probing allegations of staffer abuse — the new policy gives complainants the option of going to an outside third-party independent investigator to lodge a complaint.

The policy demands total secrecy on the part of the complainant, the witnesses and the alleged harasser involved in such an outside probe.

McPhedran said that restriction “weaponizes the whole idea of confidential protections” for victims of abuse.

McPhedran said the new directive is actually worse than the 2009 version it replaces because the privacy provisions are much more restrictive and will force complainants to remain silent.

Other jurisdictions have moved to ban NDAs and “gagging clauses,” McPhedran said, pointing to the examples of New York state and the United Kingdom. Canada’s Senate, meanwhile, is pressing ahead with a policy where “everyone’s locked down, everyone’s shut up,” she said.

“I think it’s maybe a gift for the alleged harassers. If you’re going to engage in this process, you’re immediately gagged and you’re gagged for the duration of the process,” she said.

“I guess the bottom line is, for me, secrecy empowers the perpetrator.”

Under the new Senate policy, the public may never know if a sitting member of the Red Chamber has faced a harassment complaint — unless there’s an agreement between all parties to disclose that information. Other senators may never know that a colleague has been accused of wrongdoing.

Complainants would be forbidden from going to the media to report incidents of harassment.

In recent years, after failing to receive an adequate HR response, complainants have turned to the press to report allegations of abuse — such as former senator Don Meredith’s sexual harassment of staff, a police constable and a teenage girl, allegations of questionable conduct by former Conservative senator Dan Lang and his former parliamentary affairs director, and allegations of misconduct by former Liberal senator Colin Kenny.

The new policy will do away with that avenue for justice, McPhedran said.

“My biggest concern is the lack of transparency, the lack of accountability. I just don’t think it’s in the public interest and I don’t think it establishes an ethos of prevention in the Senate,” McPhedran told CBC News.

“I don’t think more secrecy on top of 150 years of secrecy and protective decision-making is going to take us in a positive direction. It’s actually the opposite.”

McPhedran said the policy also includes “intimidating language” that threatens people who disclose details of a probe with some form of unspecified punishment. The policy itself stipulates “unauthorized disclosure of information may be subject to disciplinary action.”

McPhedran said that some new provisions are positive developments, such as shorter timelines for investigations (a Senate ethics probe into Meredith’s conduct took five years) and a renewed definition of “harassment.” But on the whole, she said, the policy certainly does not take a “complainant-centric” approach.

Dyck, who retired last year, said she urged her colleagues drafting this new policy to rein in bad behaviour by other members — pleas that she said fell on deaf ears.

The harassment policy stipulates that the new rules do not “apply to conduct that forms part of parliamentary proceedings” and senators should raise such matters through “parliamentary channels.”

Dyck said she endured harassing behaviour from other senators during a particularly testy meeting of the Aboriginal peoples committee in 2019, when parliamentarians were studying the United Nations Declaration on the Rights of Indigenous Peoples (UNDRIP). She complained to human resources but was turned away, while a letter-writing campaign went nowhere, she said.

“I was bullied for a period of close to 90 minutes. I felt like I was pummeled. It was like being ganged up on. They made very personal comments,” Dyck said, adding that some senators implied she didn’t know how to do her job while using racially tinged language.

“I also see a rise in bullying in the Senate chamber itself over the last few years. We’re supposed to be a council of elders. It’s just totally unacceptable.”

On another occasion, Dyck said, she feared for her physical safety after she delivered a speech on the human rights act that provoked the ire of a Senate colleague.

“He was so mad and he was just red in the face and he was talking about me to a Liberal senator. I just knew if I came close to him, he would have erupted into a physical confrontation,” she said.

Dyck said senators drafting the new policy told her that parliamentary privilege allows members to do and say just about anything they want in the chamber and at committee meetings. She called that idea “hogwash” and said it undermines the work of the Senate.

“Well, OK, but what about my parliamentary privilege? My privilege to perform my duties as a senator unobstructed by the bullies in the group? I should be allowed to do my work without inference,” Dyck said.

Dyck, a Cree woman from Saskatchewan, said the vitriol is often directed at female members of the upper house.

“It’s seen as, ‘Well they’re just adults,’ and ‘Gee, you know, you should have thicker skin, you shouldn’t let it bother you.’ And if you raise it as a problem then, oftentimes, you could be seen as a troublemaker,” Dyck said.

Independent Quebec Sen. Raymonde Saint-Germain is the chair of the human resources subcommittee that drafted the new harassment policy.

She said the new approach is designed to root out abuse by tapping third-party investigators to de-politicize probes, and by enacting clear punishments to deter harassers. The Senate also has directed all senators and staff to complete mandatory anti-harassment training.

“We are very proud of this new policy,” Saint-Germain told CBC News. “Harassers should fear this policy.”

Saint-Germain said McPhedran’s fears about a “culture of secrecy” are unfounded. She said the privacy provisions are in place to protect employees who come forward with complaints but don’t want their cases publicized in any way.

“The non-disclosure agreements, this is abiding by the regulations of the labour code. I don’t see any employer who would not be respectful of the wishes of the employees and all parties to make sure their privacy is respected,” she said. “The employees’ representatives were insistent on this, also the external experts that we have consulted.”

The Canada Labour Code does not, however, make any reference to NDAs or confidentiality; it states only that an employer must not “reveal the identity of a person who was involved in an occurrence of harassment.”

Saint-Germain said employees shouldn’t have to turn to the media for action, as they did in the Meredith case.

“When an employee has to go public to have a situation tackled, this is a sign that there is a problem with the employer,” she said. “We should be preventing employees from having to go public.”

She said if the outside investigator finds the harassment claims of a staffer are credible, that information would be relayed to the Senate ethics officer (SEO), who has the power to recommend sanctions against a senator.

“The conflict of interest code for senators will then apply,” she said. “This will be very public. This will occur in Senate proceedings.”

As for senator-on-senator bullying, Saint-Germain says that’s not her principal concern. “I’m not first and foremost worried about harassment between senators. I think senators have many tools to protect themselves,” she said, adding members can raise a point of order or a question of privilege in the chamber.

“It’s up to the senator to raise issues of order and decorum. We need to keep in mind senators are adults who are very aware of their rights.”