How Sony’s ‘Spider-Man: Into the SpiderVerse’ uses AR to put a new spin on the world-famous hero 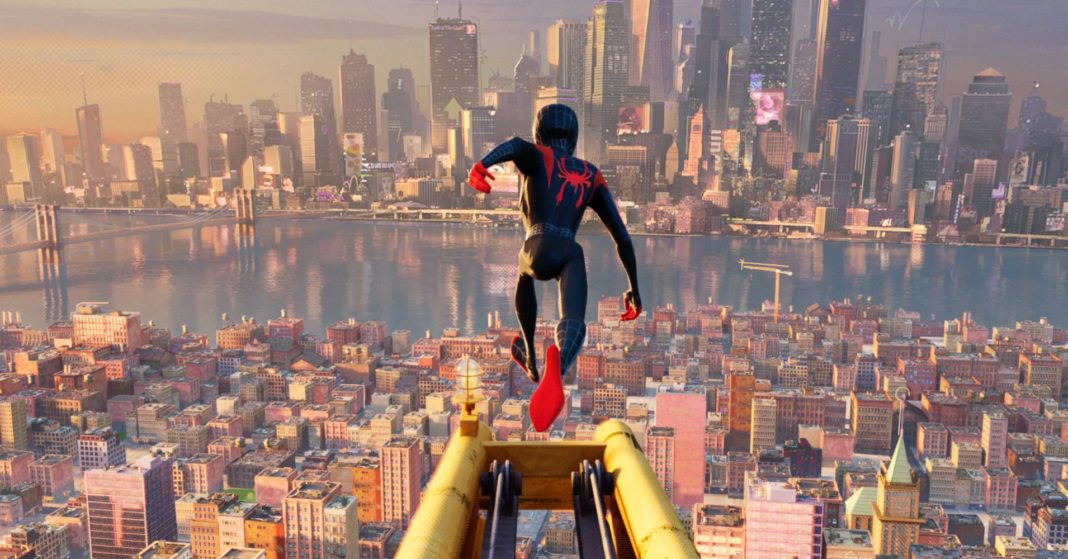 There’s a new Spider-Man on the block, and his concept of high technology doesn’t involve an automated costume.

In the age of the blockbuster movie, it’s a given that extravagant special effects are a big part of driving the narrative. With its wildly successful “Avengers” franchise, Marvel appears to have the market cornered on computer graphics and deftly written scripts that dazzle audience.

But with “Spider-Man: Into the Spider-Verse,” Sony is staking a claim of its own, utilizing top shelf technology to boost the prospects of a movie that’s been widely praised for its ingenuity. Not related to the Marvel Cinematic Universe’s friendly-neighborhood wall-crawler, the animated feature that opened on Friday centers on Miles Morales, a teen that’s taken on the costumed alter-ego of Peter Parker after a dramatic turn of events.

In order to bring the black and Puerto Rican superhero to life for moviegoers, Sony teamed up with 8th Wall, a cross-platform augmented-reality (AR) start-up, and Trigger, a mixed-reality agency. For added effect, the mobile web experience uses Sumerian, a tool for building interactive scenes from public cloud provider Amazon Web Services.

In the process, “Into the Spider-Verse” is helping to break new ground with AR technology, which most tech-savvy users may recognize from the cultural phenomenon of “Pokemon Go.” Now, AR is being used with increasing regularity to make animated features, and promote them as well.

“AR allows characters to come to life. You can experience and engage in ways that you never could with traditional media,” said Erik Murphy-Chutorian, 8th Wall’s founder and CEO, told CNBC in a recent interview. He explained how the emerging technology has helped to boost interest among mobile users.

“What this AR does is you take your phone, you go to a web page, and you can take pictures with Spider-Man. For fans, it is a way to engage with the franchise. It is the digital equivalent of going to a theme park and taking pictures with your favorite character,” Murphy-Chutorian added.

In addition to the use of AR marketing, “Spider-Man: Into the Spider-Verse” is the first film to feature several different incarnations of the Spider-Man character, each of whom represents a different race, gender and species. The nuances involved create a special set of challenges for the filmmakers.

“One of the challenges is how to tell stories, because every new technology brings a new language,” Danny Dimian, a visual effects supervisor at Sony Pictures Imageworks, told CNBC.

“Storytelling with AR is a very different experience. The viewer is more of a participant, so that changes how you tell the story,” he added.

In fact, a growing number of box-office hits have integrated AR into their marketing and production efforts. Blockbusters like “Jurassic World: Fallen Kingdom”, “Deadpool 2” and “Jumanji: Welcome to the Jungle” have all used the technology to promote their films, according to Exhibitor Relations data. All have earned over $300 million in domestic box office receipts.

“Through a camera view, products are represented in AR using their actual scale and likeness,” Roche said. To bring “Into the Spider Verse” to life, Sony used a new medium to drum up interest in the movie. It gave fans “a sneak preview” of Miles Morales, the main character, prior to the movie being released, Roche stated.

“You’re no longer just watching the film; you can be a part of it and interact with the storyline and characters in a way never before possible,” Roche said.

To be certain, plot, cast and advance buzz are the most dominant factors driving a movie’s success. Yet the introduction of AR carries broad potential for the industry, according to Shawn Robbins, chief analyst for BoxOffice.com, especially when it comes to movie marketing.

“The marketing arena stands to benefit the most for now because it can serve as a complementary experience that sells the idea of the movie,” Robbins said. “An entire film could benefit from a similar type of experience, but it will be on a case-by-case basis.”

He compared the technology to the boom that took place when 3D technology took over film-making — but cautioned that innovation special effects innovation was no replacement for quality film making.

“If AR is going to revolutionize moviegoing in a meaningful way, that’s the first lesson to heed,” Robbins said. “It may enhance, but it can’t replace.”