Voters are uneasy over probes swirling around Trump, as majority question his honesty: NBC-WSJ poll 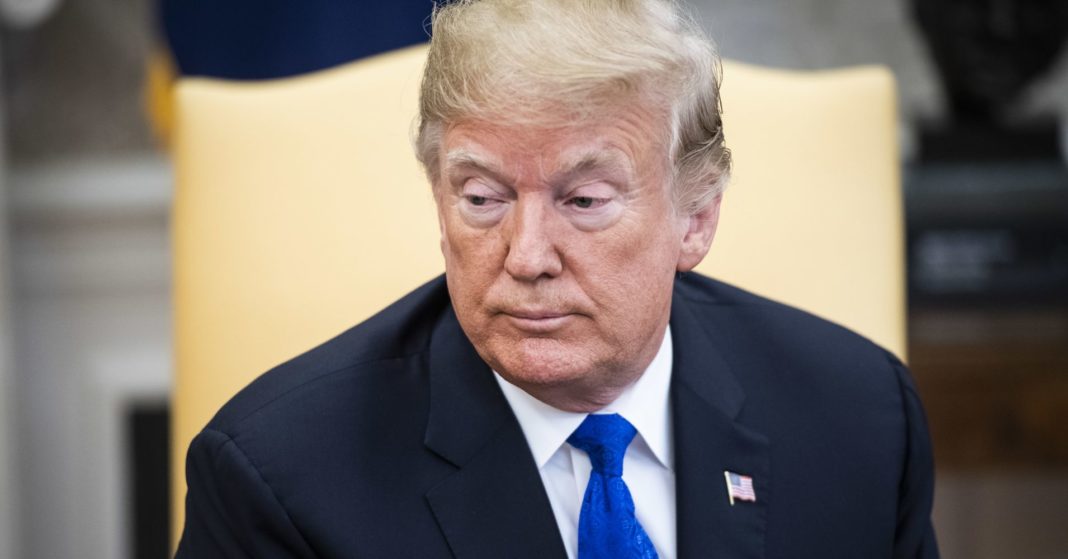 A robust 62 percent majority say Trump has not been honest about the investigation into Russian interference in the 2016 presidential campaign, up from 56 percent in August. A 46 percent plurality says guilty pleas by Trump associates suggest wrongdoing by the president as well, up from 40 percent in August and 36 percent a year ago. Half the public say the investigation by Special Counsel Robert Mueller has given them more doubts about Trump’s presidency.

The telephone survey of 900 adults was conducted Dec. 9-12, amid accelerating developments in investigations by Mueller and other federal prosecutors that have ensnared the president’s personal lawyer, campaign chairman and first National Security Adviser. It carries a margin for error of 3.27 percentage points.

“The dam has not burst on Donald Trump,” says Peter Hart, the Democratic pollster who conducted the NBC/WSJ survey with Republican counterpart Bill McInturff. “But this survey underscores all the structural cracks in the dam.”

The survey comes one month after a mid-term Congressional election that empowered Democrats intent on scrutinizing the president’s conduct. It shows that Americans support that scrutiny, with 55 percent embracing the prospect of House investigations of the administration compared to 43 percent who don’t.

Moreover, the concerns the poll highlights about Trump’s integrity suggest that the kinds of policy adjustments his predecessors have made after mid-term defeats wouldn’t make much difference for him.

But Republicans are underwater, with 32 percent favorable and 42 percent unfavorable. A 48 percent plurality of Americans want Democrats to take the lead in setting policy for the country, compared to 21 percent who say Republicans and 19 percent President Trump.

The share of Americans who approve Trump’s job performance stands at 43 percent, while 54 percent disapprove. He retains 85 percent support from self-described Republicans, while just 41 percent of independents and 8 percent of Democrats approve.

Declining optimism about economic conditions offer another warning sign. In January, Americans expected the economy to get better rather than worse over the next year by 35 to 20 percent. Now, 33 percent expect it to get worse, while 28 percent say better and 37 percent say about the same.

The poll’s most unusual finding is that six-in-ten Republicans, even after their party lost 40 seats and control of the House, join thirds of Democrats in calling the mid-term elections positive for the country. After the Democratic Party suffered similar wipeouts in 1994 and 2010, majorities of Democrats felt negatively about the outcomes.

McInturff, the GOP pollster for the NBC/WSJ survey, explained that many Republicans haven’t recognized the extent of their party’s defeat. He attributed that to the lag between initial Election Night indications of more modest losses, the slight expansion of the GOP Senate majority, and upbeat messages about the outcome from Trump and conservative media outlets.

Most Republicans, McInturff concluded, still consider their party “in the ascendancy. The news sources where they get their news gives them that message.”