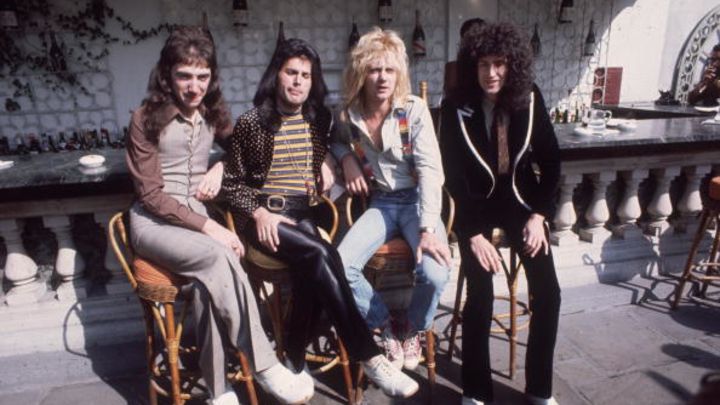 8th September 1976: British rock group Queen at Les Ambassadeurs, where they were presented with silver, gold and platinum discs for sales in excess of one million of their hit single ‘Bohemian Rhapsody’. The band are, from left to right, John Deacon, Freddie Mercury (Frederick Bulsara, 1946 – 1991), Roger Taylor and Brian May.

With so much working against it, why was “Bohemian Rhapsody” so successful?

Representatives for the surviving band members could not be reached for comment, but Andrew Selepak, a media professor at the University of Florida, said that one of the reasons that it defied the odds was simply good timing.

The movie “benefited from a release date with limited competition,” he said. “Its major competition has been ‘A Star Is Born’ and two fantasy movies, ‘Fantastic Beasts’ and ‘The Grinch,'” Selepak pointed out.

He added that the movie’s poor reviews didn’t damage its reception because in the social media age, critics simply aren’t as big a factor as they used to be.

“Social media has replaced the traditional movie experts, and the word-of-mouth about “Bohemian Rhapsody” on social media has been positive,” he said.

Mara Kuge, president and founder of Superior Music Publishing, said that the movie has done well in part because its subject is so compelling.

“There’s a tremendously interesting story there, especially in how Freddie Mercury was in the closet until the day he died,” Kuge said, noting that Queen’s music has remained consistently popular since the 1970s.

The band’s appeal now spans multiple generations, and sports fans are virtually guaranteed to hear “We Will Rock You” at any game that they attend. The band has also been touring again, with guest vocalist Adam Lambert.

As far as the general public is concerned, Queen never really went away – especially given its timeless sound and the enduring popularity of their front man.

“There is simply no denying Freddie’s magnificent voice,” she said. “Those strong songs and Freddie’s voice just shine through.”