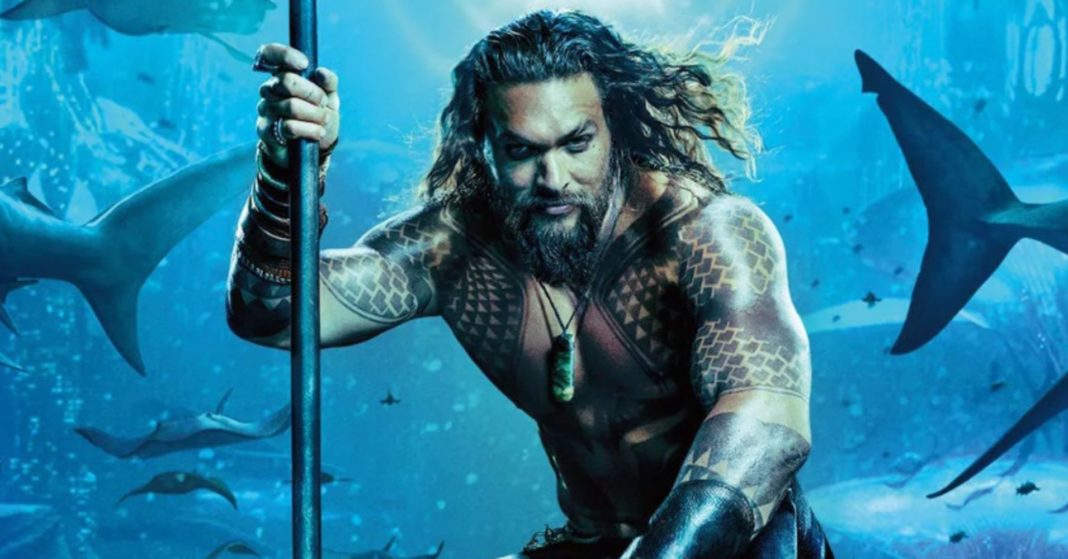 The age of the B-list superhero is upon us.

This weekend, DC Entertainment’s “Aquaman” hit the coveted $1 billion mark in global box-office receipts after less than a month — with Marvel Cinematic Universe’s “Black Panther” already topping that watermark in 2018. Taken together, those 2 films underscore how the next wave of superhero movies are being steadily reshaped by lesser-known heroes who are resonating with audiences, in the process becoming vanguards of the genre’s future.

For studios, the next phase of superhuman protagonists are less reliant on team-ups like “Justice League” and “The Avengers,” but herald an age where a roster of previously obscure characters – which include the upcoming “Captain Marvel” and “Shazam!” – are heading up franchises of their own.

In the cases of Wakanda’s warrior-king and the Atlantean ruler, the strategy appears to be paying big dividends for their parent studios. However, it can turn risky if moviegoers more accustomed to flashier names like Superman, Captain America and Wonder Woman don’t turn out to see the B-listers.

“Aquaman” is a harbinger of a trend that’s encouraging for Hollywood: pluck a relatively less-renowned character from obscurity and give them their own movie. Even without the benefit of Batman or the Man of Steel, “Aquaman” has pulled in nearly $300 million domestically, and been a certifiable blockbuster overseas, to the tune of $700 million.

It sets the stage for DC’s “Shazam!” in April, which is based on the comic character of a young boy who can transform himself into a god-like figure. The film is getting positive buzz from audiences.

Obscure heroes “can provide the most interesting and fresh cinematic experiences and they don’t carry the burden of having to live up to the mystique and mythology of their better-known brethren,” he added.

That theory will be put to the test in March, when Marvel debuts “Captain Marvel” — the first female lead installment in the MCU that’s already a big draw in presale tickets. Tickets for the film, featuring Academy Award-winner Brie Larson in the title role, went on sale Wednesday ahead of its March 8 release. In the first 24 hours, “Captain Marvel” outpaced presales of 2016’s “Captain America: Civil War.”

In comic book canon, Captain Marvel (aka Carol Danvers) is a charter member of The Avengers, the superhero squad featuring Thor, Iron Man and Captain America.

While “Captain Marvel” is directly tied to the “Avengers” movie franchise, Marvel is making a strategic gamble by introducing her in her own solo endeavor, instead of with an ensemble that’s already made billions at the box office.

With that in mind, Mike Avila, Syfy Wire’s East Coast contributing editor, said that “characters matter” for some of comic book’s also-ran heroes. An example of this was Marvel’s two “Guardians of the Galaxy” films, both of which earned upward of $700 million worldwide.

“Twenty minutes into ‘Guardians’ or ‘Aquaman’ and especially ‘Iron Man,’ no one is thinking about their place in comic book hierarchy. Those movies … worked because fans made a connection,” said Avila, who also wrote a book about the making of “Aquaman.”

Lower-profile heroes “allow for greater creative liberties to be taken, because the history and canon isn’t as deep or well known as Batman’s backstory,” he added.

Conversely, some think the booming success of Marvel’s interconnected universe may be creating the opportunity for B- and C-list heroes to thrive. One of the strongest assets lesser-known characters have is the lack of expectations that come with turning a marquee superhero into an instant box-office success.

“Frankly, there is less baggage and lower expectations when it comes to the lower-profile or virtually unknown characters, and thus a recipe for under promising and over delivering can ultimately turn these B & C list heroes into box-office superheroes,” Comscore’s Dergarabedian said.

Syfy’s Avila agreed, saying that when studios are “not weighed down by decades of continuity and familiarity, you have more flexibility to take chances. And recent history has shown that those superhero movies that take some risks, reap the rewards.”

Elevated expectations are what helped brand DC’s “Justice League” as a commercial and critical disappointment that fell far short of earning $1 billion, something “Aquaman” is poised to do as early as next week.

For that reason, Warner Bros. is banking heavily on stand-alone heroes as it charts a path forward. Still, analysts believe there’s still life in interconnected movies that spawned a multibillion-dollar goldmine for Marvel.

“I’m sure these [B- and C-list superheroes] can be more than one-hit wonders if the studio is invested in making sequels. Having an extended universe makes more sense. The more characters they have, the more movies they can make,” said Exhibitor Relations analyst Karie Bible. “Studios do look for proven material that will have broad, mainstream appeal.”