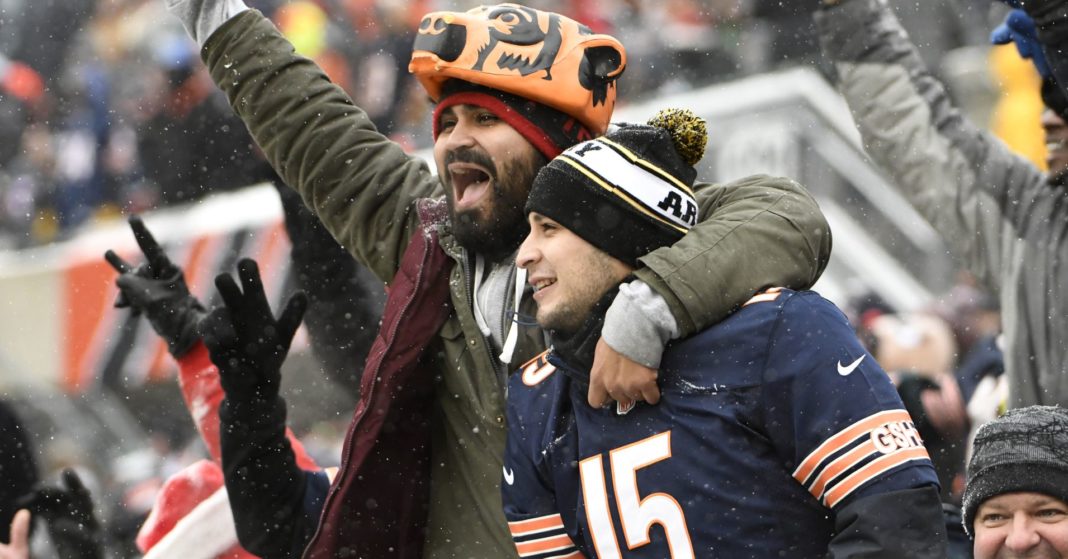 Mitchell Trubisky, the starting quarterback for the Chicago Bears, had a solid season, leading his team to a 12-4 record and its first division title since 2010. To show his appreciation, Federico Prian, a 24-year-old Chicago native, started sending Trubisky $8 — roughly the cost of a beer — on Venmo for each win.

“I’ll buy my friends a beer to be nice, so I’ll send Mitch a beer any day,” Prian told CNBC in December, prior to the Bears’ playoff loss last week to the Philadelphia Eagles. “My dream would be for him to thank me and say I kept him going.”

Venmo gained popularity as a peer-to-peer payments app conveniently used for sending rent to a roommate or splitting the check at dinner. But Prian is among a subset of Venmo fanatics using the PayPal-owned service as a unique link to their favorite celebrities and a way to — quite literally — pay their respects. Venmo users have transferred tips to “Saturday Night Live” cast member Michael Che as well as John Graham, a former contestant on ABC’s “The Bachelorette.”

Graham, one of Venmo’s earliest engineers, was flooded with fan payments after he was sent home from the reality show last year. Women across the country sent Graham, who earned the nickname “Venmo John” after his appeared on the show, two cents — a play on the phrase.

It’s a kitschy use case, to be sure, but the love that youngsters are showing Venmo is a big boon for PayPal. The company’s sales are rising in the double digits, the stock has climbed 13 percent in the past year and CEO Dan Schulman said at an investor event in December that Venmo is “on fire,” with 78 percent year-over-year growth in terms of volume.

Venmo was founded in 2009 and acquired by Braintree in 2011. PayPal then bought Braintree two years later, snapping up Venmo in the process. Unlike PayPal, which also offers an easy way to send money to friends, Venmo has a broad set of social features.

The app’s search function and one-way money transactions make it relatively easy to track down a celebrity’s account and send a payment along with a comment of appreciation. The amounts transferred are often just pennies or dollars, but the transactions muddy Venmo’s intended use and raise some questions of propriety.

Prian’s payments to Trubisky, for example, fall into the questionable territory of gambling and pay for performance, according to Jeremy Evans, managing attorney at law firm California Sports Lawyer.

“Sending money through Venmo for gambling purposes is most likely illegal on a state-by-state basis and also violates Venmo’s terms of service,” Evans told CNBC in a statement. “We can take that a step further and say that such payment for performance, if not necessarily gambling, most certainly violates the regulations of the various players associations and professional sports leagues as to impropriety and pay for performance schemes.”

In other words, it’s not exactly like betting on a game, which is against league rules for players, but it’s murky since the payments are tied to a player’s performance. Another argument is that the payments constitute a gift, “but that still has legal and regulatory implications,” Evans said.

Prian said the payments to Trubisky were mostly a joke. On top of the $8 he paid the quarterback for a win, Prian said he tacked on an extra $8 whenever backup QB Chase Daniels stepped in, so Trubisky could cover a second beer for Daniels.

“The joke just kind of kept going on,” said Prian. He sent more than $80 dollars in the last year and said the money is “100 percent worth it for the joke and for the potential for him to know who I am.”

But Trubisky never acknowledged the transactions with a “like” or a comment. And the QB blocked Prian on Venmo after CNBC contacted his agency about the payments. Trubisky’s agency declined to comment on his behalf.

“That’s not how you treat a fan,” Prian said, after realizing he’d been blocked.

A representative for Venmo said a user receiving unwanted payments can block the activity in the app at any time.

“The safety and privacy of Venmo users and their information is always a top priority,” the spokesperson said in a statement. “Venmo’s user agreement prohibits harassment, and we take action on accounts that break these policies.”

At the root of the fan payments is the illusion of closeness that social media fosters between average people and the celebrities they adore, said Jen Golbeck, an associate professor and director of the University of Maryland’s Human-Computer Interaction Lab.

“You can kind of feel like you’re really getting to know that person because they’re a part of your daily life, and they’re not necessarily seeing you at all,” Golbeck said in an interview. “They have millions of followers, but it’s kind of hard to remember that.”

And like any perceived relationship, there’s a compulsion to offer favors or kind gestures, she said.

“I feel like I’m getting something from a celebrity,” Golbeck said. “They’re bringing me content or music or whatever, and so to strengthen our relationship I’m going to do something back for them.”

Golbeck’s own brush with online fame resulted in unexpected gifts from fans. She runs social media accounts for her five golden retrievers, who have amassed tens of thousands of followers.

“I had to make an Amazon wish list because so many people wanted to send presents to my dogs, and we got like a mountain of treats,” she said. “For me it was really weird. I’m not rich like a football player but I have a good job, my husband has a good job. We’re very comfortable, we make good money, we don’t need anyone to buy us dog treats.”

While Golbeck has never received money on Venmo, she can empathize with those who have. Short of the tedious process of initiating your own transaction, there’s no good to way to return a gift from a fan or a small token of digital payment. And you don’t want to be rude.

“I don’t try to talk to celebrities,” Bourdreaux said. “That’s not the kind of person I am. I don’t ever try to message people on social media. I think that’s weird.”

But Che has been known to respond to people, so Bourdreaux took a shot.

“I’ll just go send him a penny and ask him to block me,” he said. “Just to see if he would engage with it.”

“This time I increased the amount to catch some attention,” he said. “Sending a penny on Venmo is really easy and it’s a good way to communicate to people in a funny way … You can’t ignore money going into your account.”

Boudreaux can’t be sure that he’s been sending money to the real Michael Che. Venmo doesn’t verify accounts using the blue check mark adopted by Twitter and Instagram.

Che’s account seemed legitimate to Bourdreaux. It had a profile photo, which has since been removed, of Che with actress Olivia Wilde. Che also has friend connections to accounts with the names of other SNL cast members.

But any impostor with Google images and a smartphone could potentially trick an unwitting fan out of a few dollars.

After Chicago Bears kicker Cody Parkey missed a last-second field goal against the Eagles last Sunday, Eagles fans took to Venmo to thank him. Word caught on and dozens of fake Cody Parkey accounts popped up.

It’s unclear if any of the accounts are tied to the real Parkey.

The way Bourdreaux sees it, even if the purported Che account isn’t real, the stakes are so low that he’s OK assuming the risk. It just means the impersonation was a good one, he said.

Boudreaux said that for less than $1, he got two opportunities to engage with Che, “and neither worked.”