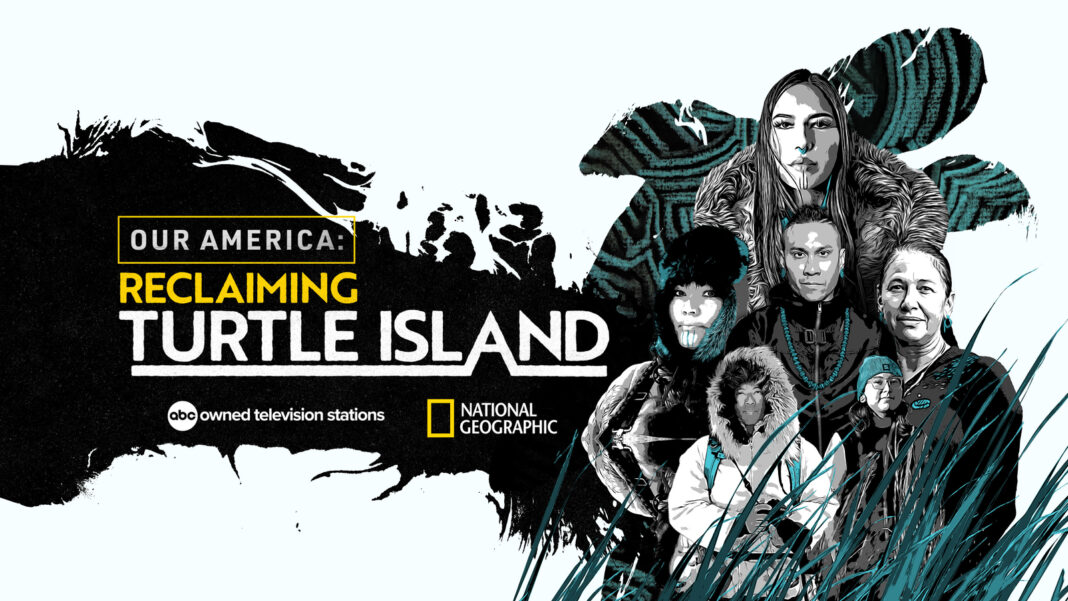 “Our America: Reclaiming Turtle Island” is an hour-long documentary special that will inform viewers about Native sovereignty, and the inherent authority of American tribes to govern themselves and honor and preserve their cultures and traditions. Told through the lens and imagery of National Geographic Explorer and photographer Kiliii Yüyan, the special is produced by Nzinga Blake, Race and Culture executive producer at ABC Owned Television Stations, and edited by Tracy Quezada.

The documentary brings to life the July 2022 cover story for National Geographic magazine, “We Are Here,” with text by Charles C. Mann and photography by Yüyan, and features powerful individuals discussing the strides their nations and communities are taking to reclaim Turtle Island — a common Indigenous name for North America. Featured in the documentary are Taboo, a cultural activist Marvel comic creator, writer, and global music icon known for 1/3 of the pop group Black Eyed Peas; Quannah Rose Chasinghorse, a model and activist known for appearing on the 2020 Teen Vogue list of Top 21 under 21 and more; Jody Potts-Joseph, traditional tattoo practitioner and subject of the National Geographic series “Life Below Zero: First Alaskans;” and historian and Native American artist G. Peter Jemison, whose art is featured in the documentary.

The documentary also introduces viewers to traditional corn grower Angela Ferguson, who’s on a mission to reclaim traditional farming methods and bring pre-colonial foods back into the diets of Western New Yorkers of the Onondaga Nation.

To her, food sovereignty “means that you’re not giving your power away to anybody else to determine your sustenance.”

“One of the great powers that we had was our food because in order for people anywhere, in general, to be successful, there has to be physical health, spiritual health, mental health,” she said. “When you have a strong society of people based off of their health and wellness, that’s where their power comes from.”

The special will begin with a Taboo reading of the creation story about the origin of how and why North America is referred to as Turtle Island. Viewers will then journey from Minnesota to Southern California and then Western New York, connecting with tribes and Native American change-makers as they define what Native Sovereignty means to them and share how they are contributing to the movement through their platforms and activism.

The ABC Owned Television Stations, which collectively reach 23% of households across all U.S. television, have made a commitment to producing high-impact content representing various voices within communities and newsrooms across the country. “Our America: Reclaiming Turtle Island” will aim to inform and serve those underrepresented in the United States today by amplifying the voices of the Indigenous activists featured in the documentary.

“We hope that with this special event, we will continue the elevation of the Native American culture, and both educate and inspire current and future generations to come, including those audiences unfamiliar with the history and culture of Native indigenous communities,” said Chad Matthews, President, ABC Owned Television Stations.

For more on the July 2022 cover story by National Geographic, “We Are Here,” click here. To learn more about Native American sovereignty, visit natgeo.com/nahm.