How a TikTok video catapulted this all-women choir from northern B.C. to worldwide fame 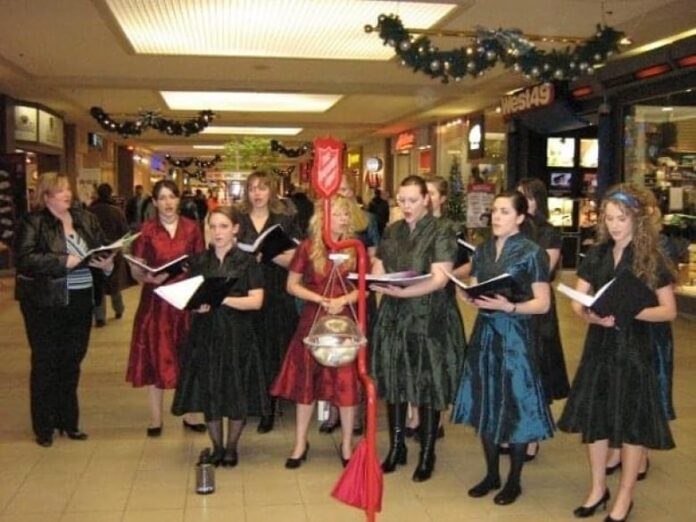 When Naomi Dugdale and her longtime friend Lauren Iwanciewski joined the Nove Voce Choral Society in Prince George four years ago, it was a local glee club known mostly by British Columbians.

But a TikTok video they produced this September — featuring all choir members but one lip-syncing the ’80s hit Don’t Stop Believin’ by the Californian band Journey — instantly catapulted the group of young singers, some as young as 15 years old, to international fame.

The 27-second clip is part of a series on the choir’s social media page challenging its audience to guess who is actually singing. It has been viewed more than 72 million times and the number is still growing.

The post has also attracted more than 360,000 comments from around the world, including from American actor Rosie O’Donnell.

Dugdale, 21, says the reveal-the-singer series aims to showcase individual members’ talents by having each of them performing the song she enjoys.

Iwanciewski, also 21, admits she was surprised the short video has earned the choir so much exposure overnight.

“It was just disbelief at first because we never expected them to blow up that much,” Iwanciewski said. “That’s just crazy.”

Director Robin Norman says the choir started in the Christmas season of 2005: as a Salvation Army volunteer, she gathered eight students from her voice training class to sing carols for the Christmas Kettle Campaign at various locations in Prince George to help boost donations.

Norman says she made up “Nove Voce” — meaning “nine voices” in Italian — when she needed a name for the choir to compete in a music festival that required at least nine members in a team.

“There wasn’t a lot of thought that went into it — it was like we had to put a name down on the registration form,” she said.

The impromptu-named choir has witnessed its membership and audience base grow since. In 2008, it began to hold three to four ticketed concerts per season.

Most recently, on Dec. 18, the 23-person Nove Voce teamed up with the Prince George Symphony Orchestra for a concert performing Christmas classics at the Vanier Hall theatre.

Nove Voce holds several auditions per year for singers age 15 or above, who have to pay an annual membership fee of $125 once recruited.

Norman says the choir is an affordable platform to practice music, especially for young people who have musical talents but don’t have a chance to pursue music in their studies and careers.

“Before we started Nove Voce, there was really nowhere for them [in Prince George] to keep singing, because private lessons are expensive,” she said. “If you’re going to school for engineering or nursing, it can be prohibitive.”

Dugdale, who is completing her engineering degree at the University of Northern British Columbia in the spring, says she has been singing in a choir since grade school and can play the piano and harp.

But even with rich knowledge and experience, the social support from fellow choir members is important as she continues to pursue her musical interests, she says.

“It’s super great how you can still be in the choir and be from a variety of backgrounds — all of the ladies in our choir have such different jobs, but we come together for choir.”

Nove Voce is scheduled to perform in a Broadway-themed concert on Feb. 11, 2023, and to compete at the International Choral Kathaumixw festival in Powell River, in B.C.’s Sunshine Coast, next July.