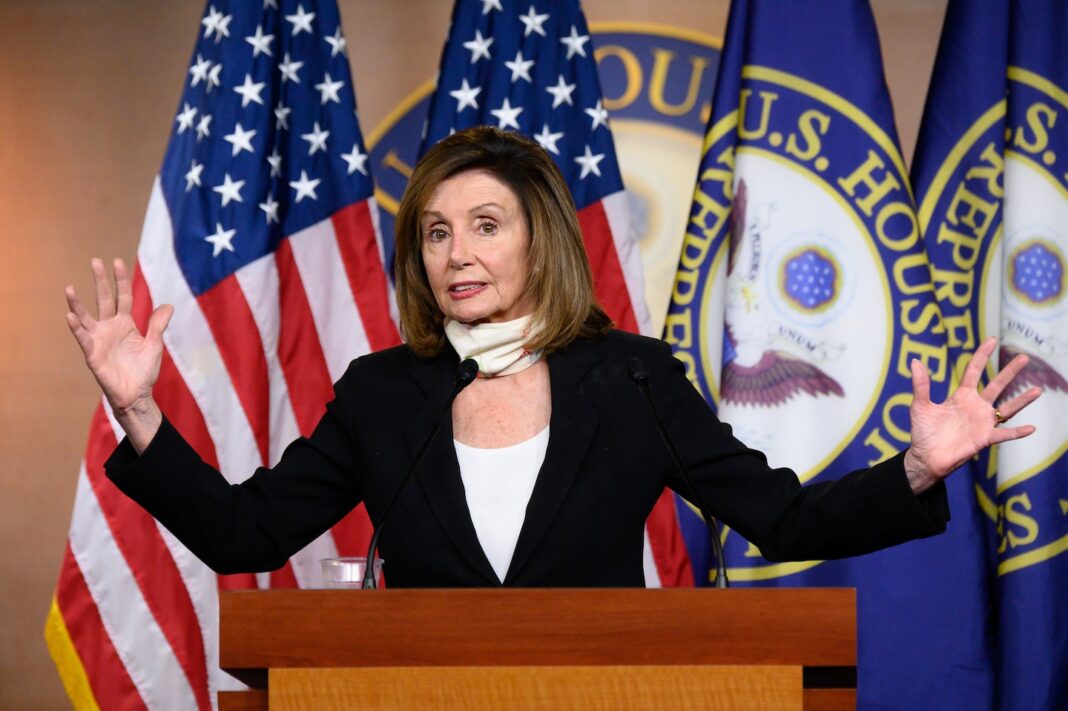 The House legislation, strongly supported by business groups that lobbied hard for changes to the existing program, would give businesses more time to have the loans forgiven and paid off by the U.S. government.

The Paycheck Protection Program (PPP) has emerged as one of the most visible elements of the $2 trillion Cares Act, which passed Congress in March and was meant to blunt the economic fallout from the pandemic. As of Saturday, more than 4.4 million loans had been issued under the program, with a total valuation of more than $500 billion.

Senate Small Business and Entrepreneurship Committee Chairman Marco Rubio (R-Fla.) is supporting a different bill and made clear Thursday he does not back the House approach. There are similarities between the two pieces of legislation, though, and the White House also supports making changes to the PPP, so a compromise could emerge.

The Paycheck Protection Program Flexibility Act passed 417 to 1 on the House’s second day of a new proxy voting system developed in response to the coronavirus pandemic. The lone opposition vote came from Rep. Thomas Massie (R-Ky.). Proxy voting allows lawmakers to cast votes on behalf of members not present, and scores of Democrats cast their votes by proxy in favor of the small-business bill. Republicans, who are challenging the constitutionality of the proxy voting system in court, showed up in person to vote despite some absences.

The legislation, introduced by Reps. Dean Phillips (D-Minn.) and Chip Roy (R-Tex.), makes a number of changes to the $660 billion Paycheck Protection Program. The program allows companies to take out loans of up to $10 million from banks and other lenders, and the loans can be paid off by the federal government if most of the money is spent on payroll within a certain time period.

With many businesses forced to close their doors starting in March as the pandemic swept through, the PPP was overwhelmed by demand in the weeks following its creation. Congress added more money to it as scandals emerged over entities such as the Los Angeles Lakers confirming participation in the program. But as the coronavirus crisis dragged on longer than originally foreseen, businesses began to complain about the requirements for having the loans forgiven, prompting lawmakers in the House and Senate to propose changes.

Under the House bill, the original eight-week timeline for businesses to spend their loan money on payroll for it to be forgiven would be increased to 24 weeks. A June 30 rehiring deadline would be extended to Dec. 31. A requirement that 75 percent of loan money be spent on payroll would be reduced to 60 percent. And employers would be given more leeway on loan forgiveness if they can show they were unable to rehire people or reopen to business in a way that complies with safety standards.

“Small businesses continue to have a tough road ahead and they need flexibility in how they use the emergency capital, and this provision gives them that,” said Rep. Nydia M. Velázquez (D-N.Y.), who chairs the House Small Business Committee. “That will help ensure businesses have more room to breathe even in places where reopening the economy happens more slowly.”

The National Federation of Independent Business announced support for the legislation, saying in a letter to lawmakers that a majority of small-business owners have reported difficulty understanding the terms of the Paycheck Protection Program. “Together, these changes will allow more businesses to receive PPP loan forgiveness and have liquidity after the PPP ends,” the NFIB letter said.

The bill Rubio is pushing in the Senate extends the rehiring deadline for 16 weeks instead of 24. His office highlighted several objections to the House bill, including the provision that would make it easier for businesses to get loan forgiveness even without rehiring workers. Rubio had hoped to pass his legislation last week in the Senate, and it is unclear what the timeline might be for reaching a compromise. “I will continue to work with the administration and my colleagues to ensure necessary changes to increase flexibility do not inadvertently harm business owners and employees in the process,” Rubio said in a statement Thursday.

Senate Minority Leader Charles E. Schumer (D-N.Y.) supports the House bill and intends to try to advance it in the Senate next week, a spokesman said.

The House bill attempts to strike a balance between the demands of organized labor and the business community. An earlier version of the bill had entirely eliminated the requirement for a portion of the loan to be used on payroll, but Phillips told reporters Thursday that labor groups had objected.

“Labor was concerned that it would reduce the amount of money that would go to employees. And we also wanted to pass something that wouldn’t just pass this chamber but also the Senate and find, perhaps, a signature in the White House,” Phillips said. “We felt based on conversations that this was a reasonable solution.”

The House defeated a separate bill by Phillips on Thursday that would have demanded more transparency in the PPP, with the legislation failing to clear the two-thirds requirement needed for passage. House Speaker Nancy Pelosi (D-Calif.) agreed to bring Phillips’s bills up for a vote as she sought his support for a sweeping $3 trillion coronavirus relief bill that passed the House earlier this month over GOP objections but is going nowhere in the Senate.

The Treasury Department and Small Business Administration have refused to disclose the names of entities that have obtained PPP loans. The Washington Post is one of several news organizations that has sued the SBA asking for access to those records.