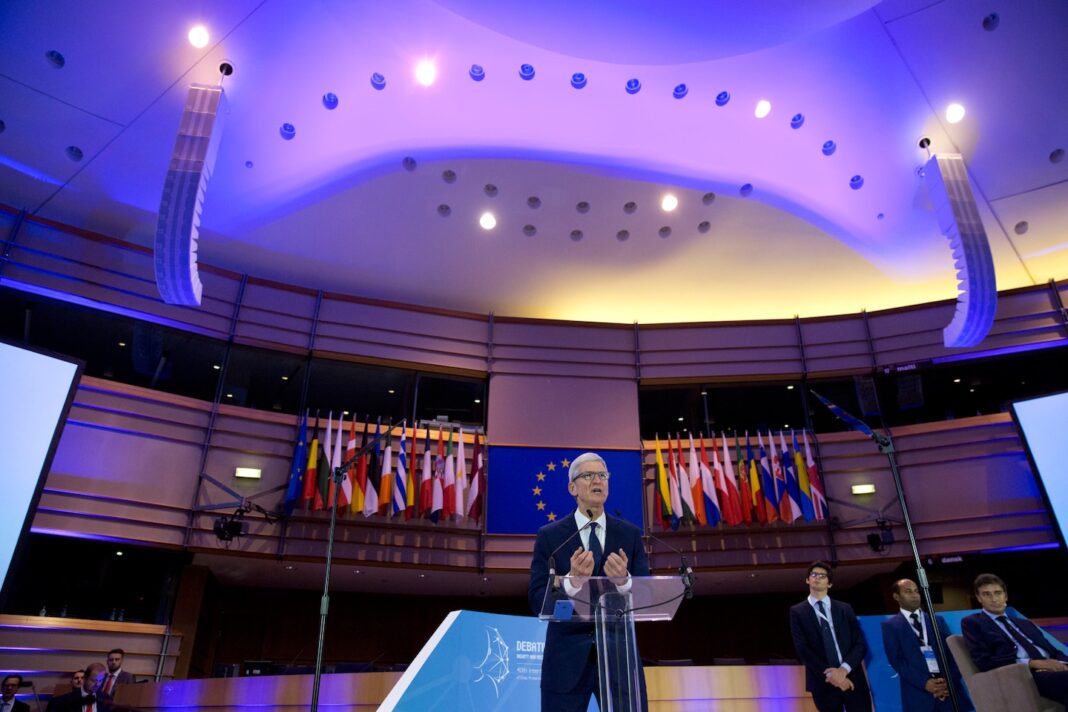 “We need to ensure that Apple’s rules do not distort competition in markets where Apple is competing with other app developers, for example with its music streaming service Apple Music or with Apple Books,” Margrethe Vestager, the commission’s executive vice president for competition, said in a written statement.

Every time an iPhone user subscribes to a service such as Spotify through Apple’s App Store, a portion of that fee, usually between 15 and 30 percent, goes to Apple. That fee has irked companies including Spotify, which has said it hurt its business and resulted in higher prices for its customers. Spotify has tried to encourage its customers to subscribe directly, so as to circumvent Apple’s fees. But Apple has tried to block Spotify from doing so. That behavior is at the heart of the investigation, according to an announcement by the commission Tuesday.

Apple says the fees are fair and help pay for the service, which it says offers a safe and secure way for customers to download apps. “It’s disappointing the European Commission is advancing baseless complaints from a handful of companies who simply want a free ride, and don’t want to play by the same rules as everyone else. We don’t think that’s right — we want to maintain a level playing field where anyone with determination and a great idea can succeed,” said Apple spokesman Josh Rosenstock, in an emailed statement.

The move by the commission comes as antitrust scrutiny in the United States has moved on to focus on other technology companies such as Google. Antitrust regulators in Europe have been more aggressive in taking on the power of large technology companies. Though the cases have dragged on for many years, they’ve resulted in some large fines.

The commission also announced a separate investigation Tuesday into Apple Pay, the company’s mobile payment system that allows its customers to make in-store purchases using a wireless chip in the iPhone.

In a news release, the commission said Apple dictates the terms to merchants who accept Apple Pay and limits the use of the “NFC” chip on iPhones only to Apple’s own service. “It is important that Apple’s measures do not deny consumers the benefits of new payment technologies, including better choice, quality, innovation and competitive prices,” the commission wrote in the release.

The commission said it will also focus on allegations that Apple restricts the use of Apple Pay for its competitors.

Apple is one of several U.S. technology companies facing possible fines and other action in Europe for allegedly anticompetitive behavior. Last week, The Wall Street Journal reported that Amazon could be hit with antitrust charges for its treatment of third-party sellers on its site.

The news of the probes comes on the heals of a complaint from Tile, another Apple computer that makes Bluetooth tags to help people find keys and other lost items. The commission has not said whether it will formally investigate those allegations.

Whether the investigation will lead to a change in Apple’s business or a material ding to its pocket book is unknown. But Tuesday, Wall Street shrugged at the news. Apple’s stock was up roughly 2.5 percent, and the company was valued at $1.5 trillion, or about 44 times the size of Spotify, whose stock was down Tuesday.