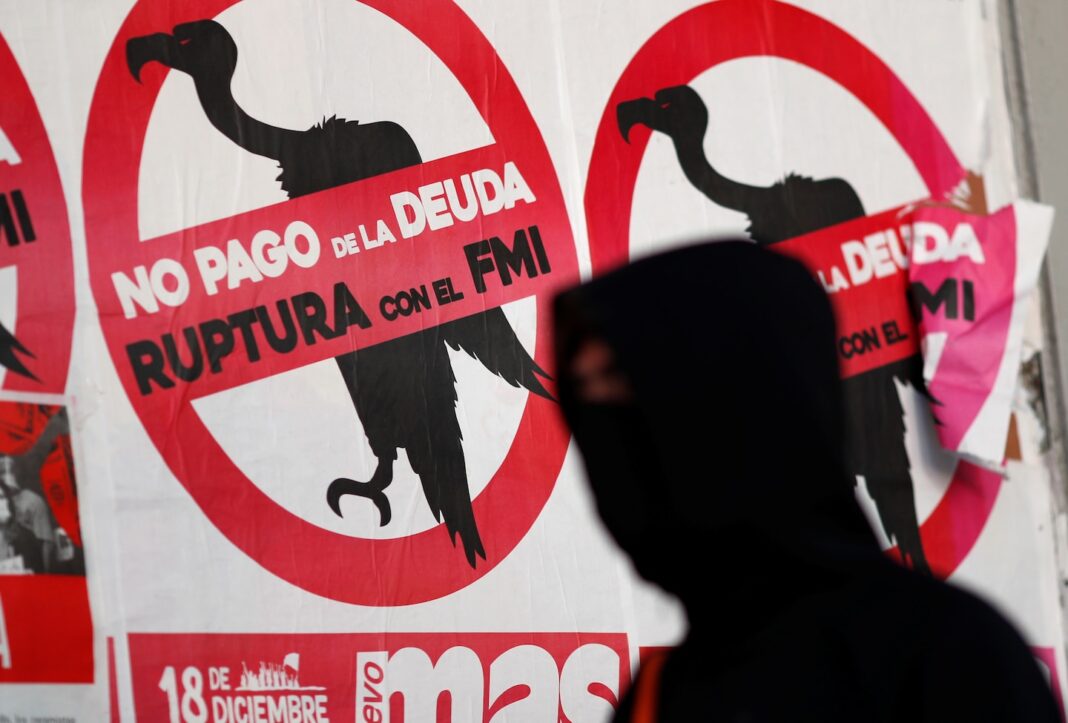 What’s new this time is the chaotic international backdrop. The global coronavirus pandemic and the accompanying severe, ongoing, worldwide economic contraction suggests we may see a wave of sovereign debt defaults. This could envelop a large number of emerging and developing countries that are also struggling with large foreign currency debts, made worse by the covid-19 environment. So investors and policymakers around the world are watching the Argentine case closely.

Despite that scrutiny, domestic political calculations will still shape the government’s strategy.

Here’s how Argentina got to the edge of default

Argentina has a checkered history as a country that relies on foreign investments to fund government operations. In 2002, its currency collapsed, leading to a deep financial crisis. As a result, Argentina defaulted on its debt in 2002, triggering years of litigation with creditors in New York. It took the 2015 election of center-right President Mauricio Macri to end the standoff between holdout creditors and the Argentine government. The debt settlement and the Macri government’s market-friendly policy agenda paved the way for a borrowing spree, including the June 2017 sale of “century” bonds maturing in 100 years.

Investors’ initially euphoric reception of Macri and his agenda gave way to pessimism and then panic by May 2018, when the Argentine peso’s value plunged, inflation accelerated and the country turned to the International Monetary Fund for a $57 billion rescue package. The capital exodus grew so severe that in September the Macri government — in a sharp reversal from its previous position — imposed strict restrictions on buying dollars to limit flight out of pesos and prop up the currency’s value.

The combined effect of the global financial shock, an emergency spending package on the order of 1 percent of gross domestic product to combat the public health crisis, and the forecast of a 10 percent fall in economic output spurred the Argentine negotiating team to drive a harder bargain with creditors, asking to reduce the interest rate on outstanding bonds from 7 to 2.3 percent and proposing a three-year standstill on payments. The major creditor groups have, to this point, rejected the government’s bargaining positions — even as other countries are financing their debts at record low, near or below zero rates.

Domestic politics could matter. A lot.

But as our research has found, opinions on default are strongly tied to partisan attachments. We surveyed average Argentines in summer 2015, when the country was refusing to pay holdout creditors. We surveyed them again in June 2016, after the Macri government had settled the dispute and Argentina resumed borrowing from international capital markets.

Both times, respondents’ partisan affiliations shaped their positions on repayment. Supporters of CFK’s anti-creditor Frente para la Victoria party were about 30 percent and 25 percent more likely than others to support default in the 2015 and 2016 surveys. The gap in partisan attitudes over debt repayment also increased steadily over time — especially as debt repayment attracted more media coverage and voter attention.

Today, surveys show that partisanship still shapes Argentines’ attitudes toward repayment. As the lockdown in Argentina eases and the debt issue becomes more widely discussed, the partisan gap will likely widen. Supporters of the Fernández government may follow their co-partisans’ cues and blame the creditors’ unreasonable demands if negotiations break down and the government slides into default.