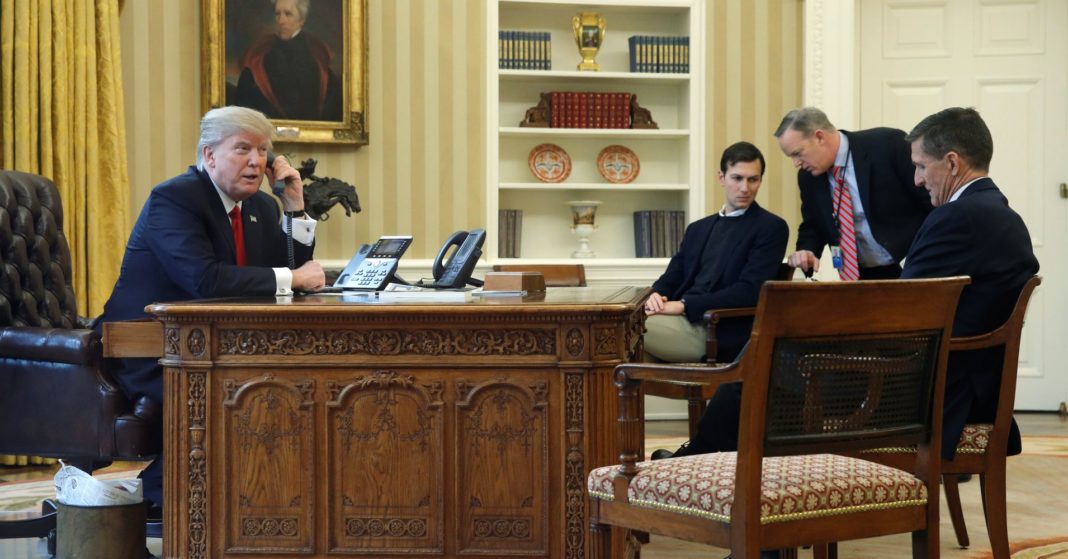 House Democrats launched an investigation into White House officials who reportedly ignored warnings from whistleblowers that a plan to transfer nuclear technology to Saudi Arabia could run afoul of legal and ethical rules.

The news was made public on Tuesday in a report from congressional Democrats.

Cummings sent a letter to acting White House chief of staff Mick Mulvaney on Tuesday informing him of the investigation.

The White House, Barrack and lawyers for Flynn did not immediately respond to CNBC’s request for comment on the Democrats’ report.

Flynn, who briefly served as Trump’s first national security advisor, resigned in February 2017 following reports about his contacts with Russia’s ambassador to the U.S., Sergey Kislyak, during the presidential transition. He later pleaded guilty in special counsel Robert Mueller’s Russia probe to lying to FBI agents about those conversations with Kislyak.

The whistleblowers described to the committee a bevy of potential violations of law and conflicts of interest, such as Flynn working in the White House to push a proposal to build nuclear plants in the middle east made by IP3, a private company he had advised.

The report says that one of Flynn’s aids, Derek Harvey, who directed Middle Eastern affairs for the National Security Council, stated during the first week of the Trump administration that Flynn had approved IP3’s nuclear plan, ignoring warnings that the plan must comply with the Atomic Energy Act’s requirements.

Harvey now works for the House Intelligence Committee under ranking Republican Rep. Devin Nunes. A committee spokesman said, “the attack on Mr. Harvey is a ridiculous conspiracy theory floated by media partisans and now, shamefully, championed by Democrats in Congress.”

National Security Council officials flagged Flynn’s potential conflict of interest, and the council’s legal advisor, John Eisenberg, ordered that all work on the plan come to a halt.

But efforts to enact the plan continued, the report says.

It states that in March 2017, former national security official K.T. McFarland said that Trump had promised control of implementing the plan to his friend Barrack, a strident defender of Saudi Arabia who has hundreds of millions of dollars invested in Middle East real estate.

But some of the council’s employees “remained concerned because the same individuals continued their work on IP3’s proposal,” the report says.

Cummings’ report also raises concerns that the plan to transfer nuclear technology to Saudi Arabia “appears to be ongoing.” It notes that Trump met with nuclear power developers at the White House in February, in which they discussed sharing nuclear technologies with Middle Eastern countries, including Saudi Arabia.

The report adds that Trump’s son-in-law and senior advisor, Jared Kushner, is set next week to visit a handful of Middle Eastern capitals, including Riyadh in Saudi Arabia, “to discuss the economic portion of the Administration’s Middle East peace plan.”

Republicans on the House Oversight Committee said they had not received a copy of the Democrats’ report until Monday night, The Washington Post reported.