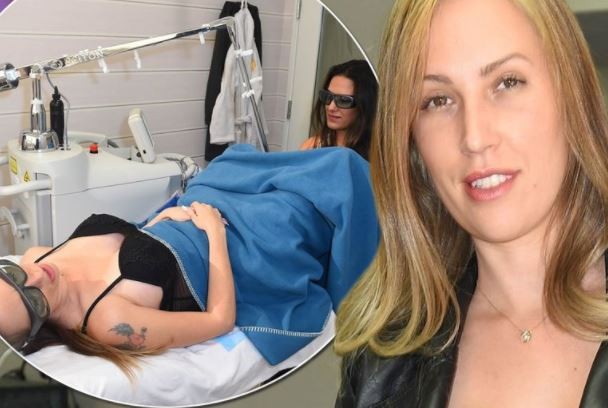 ‘Hot Felon’ Jeremy Meeks’ estranged wife and mother of his seven-year-old son, Melissa, has undergone a drastic makeover just days after the ex-convict officially filed for the dissolution of their marriage.

Earlier this week, Meeks asked that his 8year marriage be dissolved in other to fully give his all to his relationship with Topshop heiress Chloe Green. Moving forward from the painful split, Melissa was recently spotted at a Los Angeles salon, where she transformed her body.

According to Mirror UK, the natural brunette went for a glossy blonde ‘do, chopping her long hair into a trendy ‘lob’. She also received mink eyelash extensions and had her eyebrows microbladed to make them appear fuller. The unsatisfied Melissa had a cryotherapy treatment, said to have anti-ageing effects and a “vaginal tightening” surgery which will reportedly improve the quality of the skin down below.