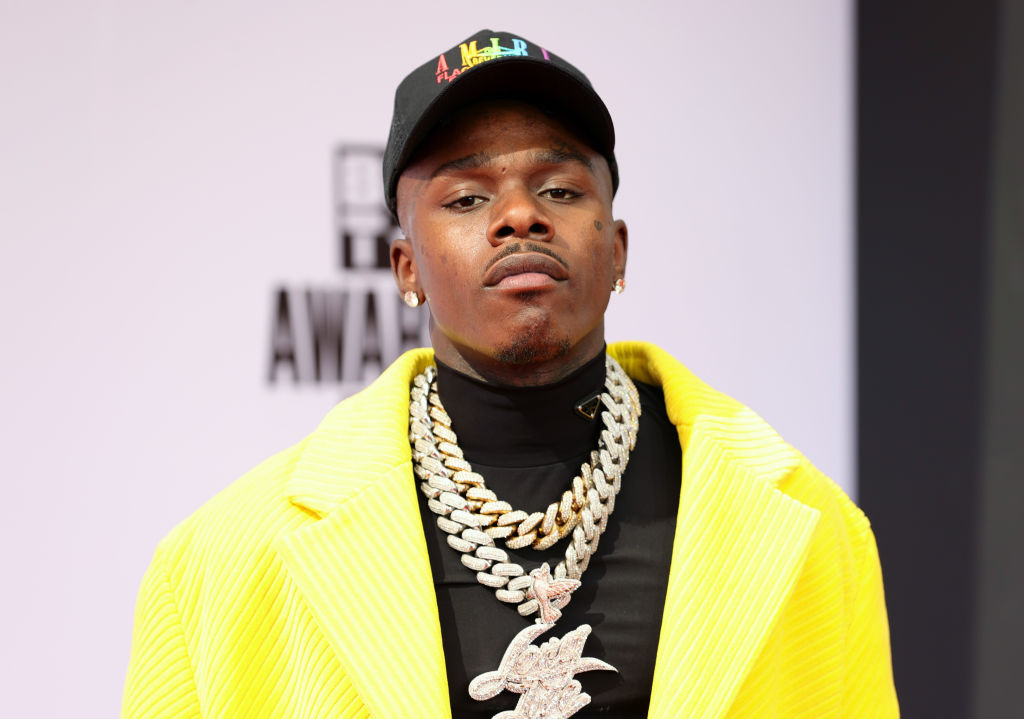 American rapper, DaBaby has issued a new apology after the news broke that he’d been dropped from the 2021 Governors Ball lineup amidst the growing controversy over his recent homophobic rant.

His exclusion from the festival was due to his comments about the HIV community and the homophobic statement he had said on stage during a recent concert.

DaBaby has been heavily criticized for the remarks he made last weekend at Miami’s Rolling Loud Festival. He insulted gay people, slandered women, and demonized those who have HIV and AIDS.

In response to the backlash, DaBaby released a statement in which he blamed “brands, networks, or artists that like to profit off black rappers influence on the culture” for overreacting to his comments. He then released a self-directed music video which made two references to the controversy, holding up a sign that said “AIDS” and spelling out a message in rainbow lettering directed at the LGBTQ community: “My apologies for being me the same way you want the freedom to be you.”

Taking to Instagram on Monday evening, August 2, DaBaby issued a second apology for his words and actions.

“Social Media moves so fast that people want to demolish you before you even have the opportunity to grow, educate, and learn from your mistakes,” he wrote.

“As a man who has had to make his own way from challenging circumstances, having people I know publicly working against me — knowing that what I needed was an education on these topics and guidance — has been challenging. I appreciate the many people who came to me with kindness, who reached out to me privately to offer wisdom, education, and resources. That’s what I needed, and it was received.”

DaBaby added, “I want to apologize to the LGBTQ+ community for the hurtful and triggering comments I made. Again, I apologize for my misinformed comments about HIV/AIDS, and I knew education on this is important. Love to all. God bless.” 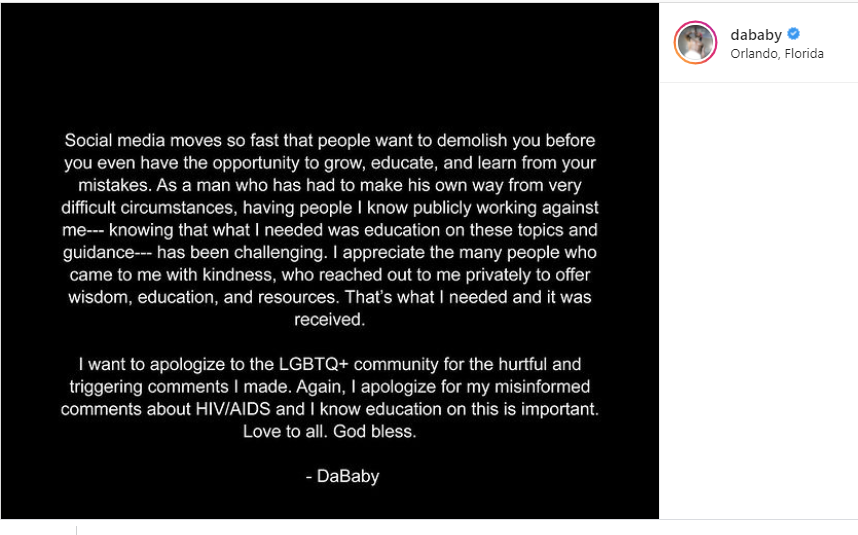 The rapper was dropped from the Lollapalooza festival over the weekend as well.