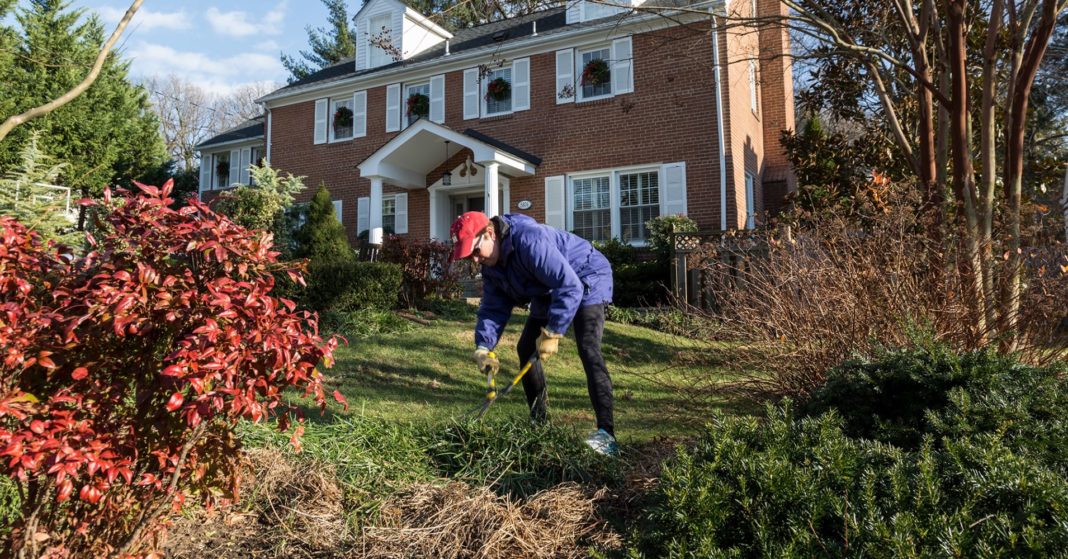 ” I think the typical American doesn’t have that level of awareness, they’re not probably studying the numbers,” added Graboske.

Some of today’s homeowners saw their parents lose their homes or may have even been evicted as teenagers. Home prices are also rising so quickly that some markets are overheating, with sales slowing even as prices rise. That is a red flag to all homeowners because prices, historically, eventually follow sales.

” Who wants uncertainty when it comes to monthly finances,” said Ben Graboske, executive vice president of Black Knight’s Data & Analytics division. “I think a lot of Americans look at, what are my payments? What is my income is coming in and what are my payments going out? They want certainty that they can cover their costs and not worry about it.”

Still, those who are tapping equity are doing it more through cash-out refinances than HELOCs. HELOC originations are flat, and the amount of equity being withdrawn on HELOCs that are originated is at a two-year low.

All this available cash would suggest a jump in home equity lines of credit or HELOCs – second loans that borrowers use to take money out of their homes for purposes like renovations, college tuition, or to pay down other debt. A borrower today would likely opt for a HELOC, rather than doing a cash-out refinance on the primary mortgage, because interest rates today are at the highest level in four years. Refinancing would mean losing that rock-bottom, fixed rate that so many borrowers have.

But HELOC’s, on the other hand, have variable interest rates, unlike the 30-year fixed primary mortgage, so the rate on a HELOC can change. A HELOC is therefore more risky because the Federal Reserve has been raising rates steadily, and HELOC’s follow that.

Consumer confidence in the housing market, which has been quite bullish, is actually dropping now. The net share of Americans who say home prices will go up in the next year fell 3 percent in June compared to May, according to a monthly housing sentiment survey by Fannie Mae.

Homeowners now have a collective $5.8 trillion in tappable equity, the highest volume ever recorded and 16 percent above the last home price peak in 2006. The average homeowner with a mortgage gained $14,700 in tappable equity over the past year and has $113,900 available to draw. This is the amount over and above 20 percent of the value of the average home.

U.S. homeowners today are getting richer by the minute, but they are less likely to cash in on their newfound wealth than during previous housing booms. As home values rise, home equity lines of credit, often used to tap home equity, are flatlining, and the overall amount of money people are taking out of their homes is shrinking.

The housing crash was ten years ago, but the pain in the housing market is still being felt. Millions of borrowers lost their homes to foreclosure because they used them like ATMs.

More borrowers are doing cash-out refinances, even at a higher interest rate, because they are leery of the variable rates on HELOCs. But overall, just 1.17 percent of available equity was tapped in the first quarter of this year, the lowest amount in four years. Why? They may not know just how rich they are.

” Tight supply and lackluster income growth continue to weigh on housing activity, and consumer expectations for home price growth over the next 12 months have moderated,” said Doug Duncan, Fannie Mae’s chief economist, in a release. “However, consumers expressed increased optimism about the direction of the economy and their personal financial situations over the next 12 months.”

The collective amount of so-called ‘tappable’ equity, which is the appraised value of a home minus the 20 percent most lenders require borrowers to keep as a safety net, grew by 7 percent in the first quarter of this year compared to the previous quarter, according to Black Knight, mortgage software and analytics company. That is the largest single-quarter growth since they began tracking it in 2005. It is up 16.5 percent compared to a year ago.