He’s been helping the Thunder Bay community for years but may soon be deported. Here’s why there’s outcry 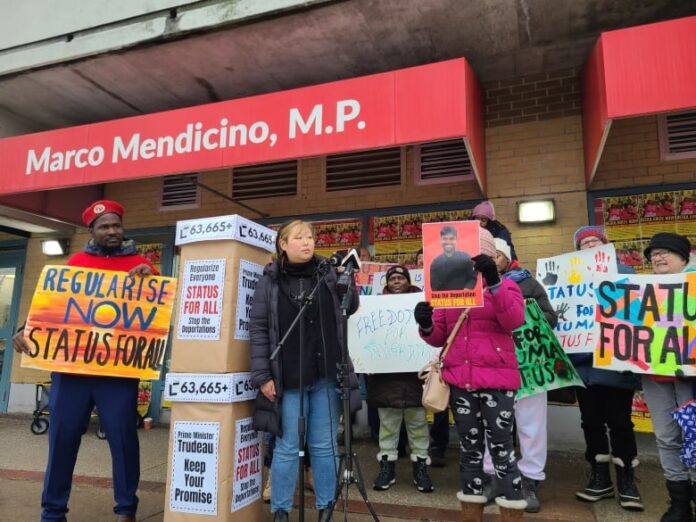 Abu Hena Mostofa Kamal says Thunder Bay, Ont., is where he found his freedom, but a removal order issued by the Canada Border Services Agency (CBSA) means that’s at risk of being taken away.

The community advocate faces a hearing in Federal Court sometime after Christmas, when his lawyer will put forward a stay of removal motion in the hope his case is deferred. Otherwise, he has been ordered to leave Canada by Jan. 1.

The 23-year-old moved to Thunder Bay from Chittagong, Bangladesh, in August 2018 to study computer science at Lakehead University. The following year, he switched to the business administration program after discovering his passion for entrepreneurship, but he’s not longer in school because of the cost of tuition.

I have been a socially shy person all my life, and back home, being out in the public was a risky thing. Being here has changed me as a person.– Abu Hena Mostofa Kamal

Kamal describes his childhood as tough. Being blind in his right eye, he said, he’s faced discrimination and was often targeted. He was bullied at school, had no friends, and his ability to work and fully participate in society was limited due to his visual impairment.

But things have been different in Thunder Bay.

Kamal had been balancing his activism while studying and working at Tim Hortons. His various roles have made him many friends he calls “family members,” and have garnered local and national media attention.

Giving back allowed Kamal to come out of his shell and helped improve his mental health.

“I have been a socially shy person all my life, and back home, being out in the public was a risky thing,” he said. “Being here has changed me as a person.”

When the COVID-19 pandemic struck in March 2020, Kamal’s father could no longer support him financially. At the same time, international student fees increased.

International student tuition for Lakehead’s undergraduate business program cost $30,439.79 in the 2021-2022 school year, according to the university’s international students web page. In comparison, Canadian citizens and permanent residents paid $7,468.87 for the same program that year.

Following the advice of a friend, Kamal started a GoFundMe campaign, which raised about $7,000. With this money, he transferred to Confederation College’s business marketing program, where tuition was much cheaper than at Lakehead.

“It felt good that the community came together and supported me,” Kamal said. “I don’t want to let them down.”

But at the end of August 2021, Kamal’s study permit expired, which meant he could no longer go to school in Canada. Then, his application for an open work permit was refused.

Since then, he’s continued working at different restaurants in town, like the Keg Steakhouse and Bar, and Daytona’s. He still volunteers, including at Shelter House Kitchen and the women’s shelter Abbey’s Place.

In May, the CBSA issued Kamal an exclusion order for overstaying his study permit. Now, he faces a removal order by New Year’s Day.

Kamal applied for the temporary resident to permanent resident pathway in June 2021. The program was designed for migrants working on the front lines of the pandemic. More than 18 months later, he is still waiting to hear back on this application. In the meantime, he submitted a pre-removal risk assessment application and a work application as a person under an unenforceable removal order. Those applications are also pending.

“This is embarrassing for my family,” he said. “I am really embarrassed to see myself in this situation.”

Jennifer Dagsvik, director of the city’s Newcomer Legal Clinic, is representing Kamal in court. She’s working to have his removal from Canada deferred while he awaits a decision from either Immigration, Refugees and Citizenship Canada (IRCC) on whether he can stay on a temporary resident permit, or if his temporary resident to permanent resident pathway application is processed.

Dagsvik is making her case for Kamal to stay on humanitarian and compassionate grounds. His hearing is expected after Christmas but before Jan. 1.

In the meantime, the community has been advocating on Kamal’s behalf.

An online petition, “Stop Abu’s Deportation!”, was launched on Dec. 8 and has more than 1,300 signatures.

More than a dozen letters have been submitted to his lawyer from community members in support of Kamal staying in Thunder Bay. These include notes from the groups he’s volunteered at, colleagues, employers and Hajdu’s office.

In November, Kamal drove 15 hours to Ottawa meet with Immigration Minister Sean Fraser along with 100 other migrants.

In an email on Friday, Fraser’s office acknowledged the meeting, but said it could not comment on individual cases.

“As we advance our work on further programs, we will continue listening to experts as well as undocumented workers themselves,” said Jeffrey MacDonald, a communications adviser in Fraser’s office.

The federal government is working to build on pilot programs that already exist to help undocumented workers — that work is still in the consulting phase, MacDonald said.

Kamal’s lawyer said his situation is complicated, but it is not uncommon among immigrants to Canada.

She hopes Kamal’s dedication to his community convinces authorities to let him stay.

“[Kamal is] just somebody who’s made such an impression in the community and that’s valuable, and I think that’s something that we always want immigration authorities to look at is how people would be affected and how communities would be affected by removal,” she said.

For Kamal, returning to Bangladesh would mean leaving his community projects and education unfinished, and saying goodbye to his friends and chosen families.