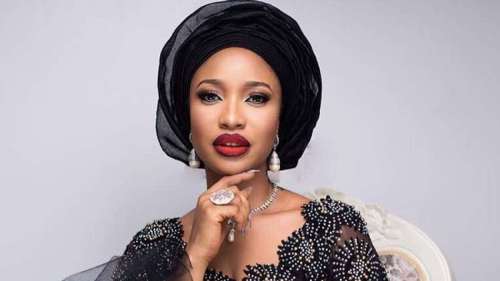 Controversial Nollywood actress, Tonto Dikeh, has made another claim which will cause more controversy. The actress claimed in a tweet that half the population of married women were married to bsexal men.

She wrote: Abi you mean ‘g*y runs men??? Going back to sleep. Half the women are married to b*sex*al. Half Your friends are b*sex*al… Don’t ask me how I know. Shit is deeper than a p*ssy. Goes back to sleep peacefully.