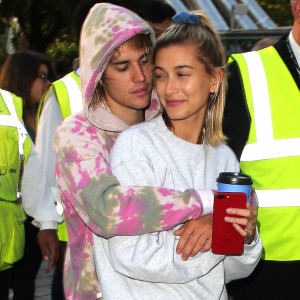 Hailey Bieber (née Baldwin) paid a loving tribute to husband Justin Bieber on the one-year anniversary of his proposal on Sunday, July 7.

The model, 22, shared a photo taken in the desert that showed the pair sitting on the ground with her head leaning on the singer’s shoulder.

“1 year ago I said yes to being your best friend for life, and today I have never loved you more,” she captioned the photo. “Life gets more beautiful everyday because of you, my heart belongs to you forever.” 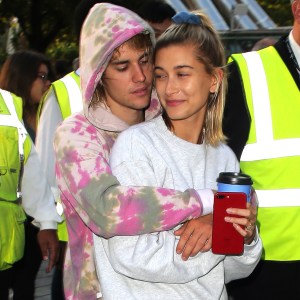 “Here’s to learning and growing together,” she concluded along with a red heart emoji and champagne glasses.

“Love you both so much,” E! host Jason Kennedy commented on the pic, while model Shanina Shaik wrote, “You guys ! I knew it when i saw it !! Bless the both of you.”

Bieber, 25, proposed to Baldwin on July 7 last year in front of a crowd at a resort in the Bahamas. TMZ reported at the time that the “Love Yourself” singer asked his security guards to tell everyone to put away their phones “because something special was about to happen.”

The proposal came just weeks after the pair, who had previously dated from 2015 to 2016, were spotted together in Florida.

Baldwin has been a solid support to her husband amid his recent mental health struggles that led to him seeking professional help for anxiety and depression.

“Justin has been so up and down, mental health-wise,” a source told Us Weekly exclusively in June. “A few months ago, he wasn’t really leaving the house and had no interest in seeing anyone, really, unless it was at church.”

But his wife has been a rock.

“There is no way a slight mental breakdown or a bout of depression would ever dissuade her,” the source added. “She is in it for the long haul and is completely obsessed and in love with him.”