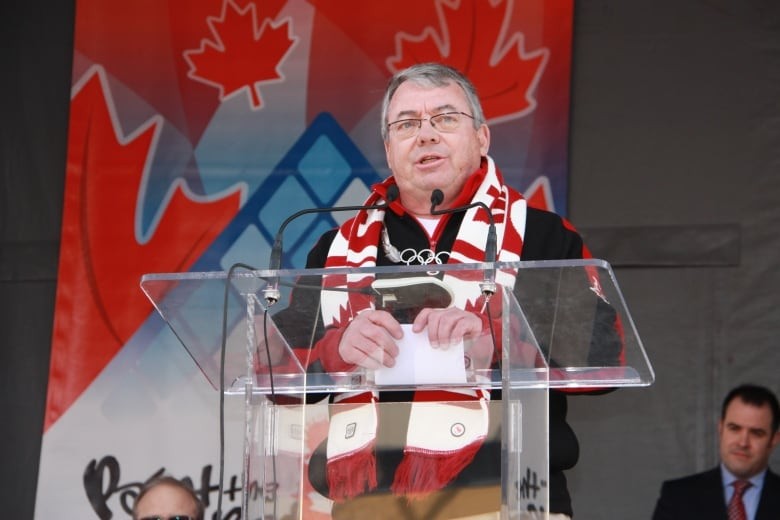 A public health researcher, a disability sports advocate and several trailblazing women who achieved firsts in their fields are among the 61 people being honoured with New Year’s appointments to the Order of Canada.

The list also includes a billionaire developer and philanthropist, a rock singer and a former First Nation chief and community builder.

Gov. Gen. Julie Payette announced the new appointments to one of Canada’s highest civilian honours today. The order recognizes “people whose service shapes our society, whose innovations ignite our imaginations and whose compassion unites our communities,” according to a statement from the Office of the Secretary of the Governor General.

Robert Steadward is a now-retired sports scientist who was instrumental in the creation of the modern Paralympic Games and served for 12 years as the founding president of the International Paralympic Committee. He joins Cameron, Strickland and Harper as a companion of the order. Steadward was promoted to the highest of the order’s three levels after being appointed an officer in 1998.

“When I got this little email that I’m supposed to call someone in the [Governor General’s] office, gosh, I felt like I was at school again being called to the principal’s office,” Steadward said from his home in Edmonton.

“Your heart races, your mind starts to wander and you just try to think what, why, when and where and all of that. So it really was a very special moment in time for me.”

Payette’s office says Steadward is being honoured for his “lifelong dedication to propelling the Paralympic movement forward on a global scale.”

In the early 1980s, he helped develop a proposal to centralize the governance of disability sport at the international level. When the International Paralympic Committee was created, he was elected its first president.

“I get a thrill of telling people what individuals living with disabilities have been able to do to change the world, to change sport or to change the world through sport … the unbelievable achievements that these young athletes have made,” said Steadward.

Louise Mailhot, a former lawyer and judge who sat on the Superior Court of Quebec and became the first female judge to serve on Quebec’s Court of Appeal in 1987, is one of several women pioneers being appointed as members of the order — the order’s entry level.

“They phoned me about three weeks ago. I was very surprised, very taken by surprise of course, but very happy,” said Mailhot from Montreal.

In addition to practicing employment and public law and serving as a judge, Mailhot was co-editor of multiple legal reviews, authored a book on the appellate process and helped develop a training program for drafting Canadian judges.

She is being honoured for her contributions to the legal profession, her advocacy for gender equality and her promotion of women in the field.

“It’s sort of a recognition of this long period of fighting,” said Mailhot. “When I would go to the practice court, the other lawyers were saying, ‘You’re the secretary of which cabinet? Of which senior lawyer?’ They never thought that I was a lawyer myself.”

Another trailblazer, Toronto engineer Gina Cody, has been appointed as a member of the order. Cody immigrated to Canada in 1979 at the age of 22 when her family fled the Iranian Revolution.

She was the first woman to be awarded a PhD in building engineering at Concordia University in Montreal and went on to found a successful consulting firm, CCI Group, that was named one of Canada’s most profitable woman-owned companies by Profit magazine in 2010.

The faculty of engineering at Concordia now bears her name. The Gina Cody School of Engineering and Computer Science is the first in Canada — and one of the first in the world — to be named after a woman.

“That’s the message I want to send out — that parents encourage their girls and young children to get into the STEM programs,” said Cody.

Legal scholar John Borrows, who holds the Canada Research Chair in Indigenous Law at the University of Victoria’s law school, said it was a “jaw-dropping moment” when found out he was being appointed an officer of the order — the second-highest level.

“There was no inkling that that was going to happen,” said Borrows.

Borrows is being recognized for his scholarly work on Indigenous rights and legal traditions.

Hailing from the Chippewas of the Nawash First Nation in Ontario, Borrows is one of several people of Indigenous heritage on this year’s list.

“People are recognizing more strongly that Indigenous lives are part of our landscape,” he said. “That bodes well because we have lots of work to do to recognize treaties, Aboriginal title, Aboriginal rights, as well as the internal laws of Indigenous Peoples to deal with some of the challenges we’re facing within our communities.”

Elder Carolyn King is another new officer of the Order of Canada. She is a community builder, educator and former chief of the Mississauga of the Credit First Nation in Ontario.

King has spent years working to improve the quality of life in her community through an economic development program for her First Nation and her deep involvement in community planning.

“There’s a lot of people, Indigenous people, who are doing a lot of good work in their communities and it just hasn’t been recognized as part of the system,” said King. “Going forward with more people being recognized, nominated and being recognized, I think is very important for our future.”

Public health during a pandemic

In a year which saw a pandemic disrupt the social and economic life of the entire planet, Dr. Vivek Goel’s appointment to the order is especially timely. A trained public health physician, Goel spent most of his career as a public health researcher and was the founding president of Public Health Ontario from 2008 to 2014.

“It obviously feels great, and particularly because part of the recognition is for my work in public health. And in the midst of a global pandemic, to be recognized for this, it’s wonderful to see,” said Goel.

Goel, now a professor at the Dalla Lana School of Public Health at the University of Toronto, has been involved in a number of research initiatives related to COVID-19 and has been widely quoted in the media.

Recently, Goel was the co-principal investigator of an interim study into COVID-19 infection rates among incoming international travellers at Toronto’s Pearson International Airport.

Goel said the visibility of those who work in public health goes through a “boom-bust cycle” that makes them household names during a health crisis before they fade into the backdrop when the crisis passes.

Ray Ivany, a former university administrator who now sits on the Bank of Canada’s Board of Directors, called it a “profound honour” to be named a member of the order.

“You go through your career doing the best that you can and you don’t think of things like an award … I was shocked,” said Ivany, who was president and vice-chancellor of Acadia University from 2009 to 2017.

Ivany, who is being honoured for his “steadfast commitment to higher education and public service in Nova Scotia,” also served as the commissioner of the Nova Scotia Commission on Building Our New Economy.

The billionaire founder of Mattamy Homes, Peter Gilgan, was promoted to officer of the order. Gilgan is known for his philanthropy in the health care and education sectors: he made a $100 million donation to The Hospital for Sick Children last June and donated $3.3 million to St. Michael’s Hospital in Toronto to increase its COVID-19 testing capacity.

“It’s a huge honour to join the ranks of such a revered group of Canadians,” said Gilgan. “It inspires one to carry on and do more.”

Celebrated singer-songwriter Art Bergmann is being recognized for what the Governor General’s office calls his “indelible contributions to the Canadian punk music scene, and for his thought-provoking discourse on social, gender and racial inequalities.”

“It’s humbling. And I want to know who did this to me,” said Bergmann.

Bergmann made his mark on Vancouver’s punk scene in the 1970s and 1980s as a member of multiple bands, including the K-Tels, which was subsequently renamed the Young Canadians. He has since written songs and published albums as a solo artist and won a Juno Award for Best Alternative Album in 1996.

Bergman, who now lives with his wife in Rocky View County, Alta., is known for his sharply political, anti-establishment lyrics. He said he wants to divert any publicity generated by his appointment toward pressuring the federal government over its failure to provide adequate housing and clean water to First Nations.

“There’s a few things that have gone wrong in Canada … [and] me not having an award for my work is not one of them,” said Bergmann. “Honour the treaties, give the First Nations water and housing and thank you very much, Canada — a work in progress.”

Normally, the Office of the Governor-General holds four investiture ceremonies yearly, where about 40 appointees are presented with symbolic medals, said Rob McKinnon, a spokesperson for the office.

He said in-person ceremonies are on hold for the time being because of the pandemic. McKinnon said a virtual ceremony could still happen, but there will be no details until sometime in the New Year.

The Order of Canada

Gov. Gen. Julie Payette has appointed the following people, who were recommended for appointment by the Advisory Council of the Order of Canada:

Companions of the Order of Canada

Officers of the Order of Canada

Members of the Order of Canada