On the beach: Changes in weather patterns affect creatures big and small 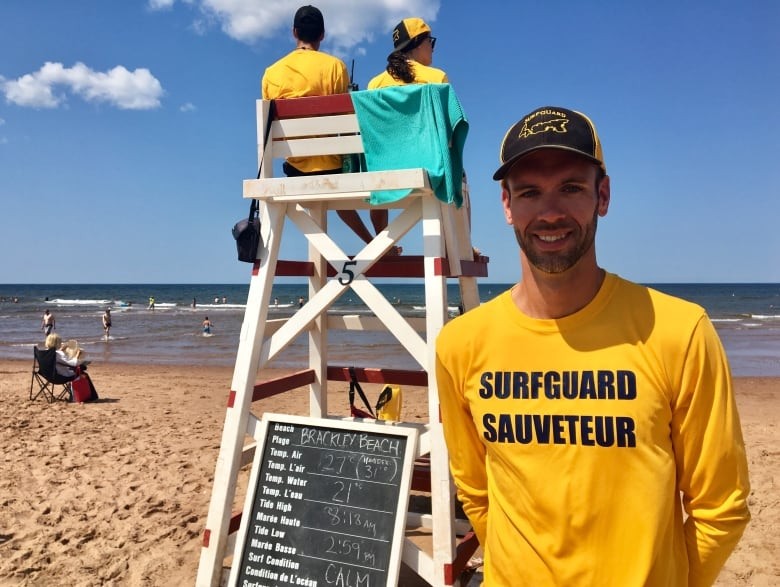 When Jeremy Coffin, owner of North Shore Surf Rescue, first became a surf guard on P.E.I. beaches 15 years ago, his primary concern was the safety of people in the water.

Now, two years after founding his own company, his employees’ training also includes time on the safety of the people who aren’t going into the water.

Coffin has noticed the increase in the number of hot days on P.E.I., and his safety concerns extend to his staff as well. He makes sure that they have enough water, shady places to take a break, and opportunities to get into the water to cool off.

“We’re definitely having real-world consequences of that right now,” he said.

Is something bugging you?

If you’re at the beach, or anywhere else outside for that matter, there’s something else you might notice about Island summers.

In past Island summers, the typical time it takes for a mosquito to grow into an adult from the egg has been seven days. But when the weather gets hot that can be cut down to four days, said Agriculture Canada entomologist Christine Noronha.

“Because of that you’ll see more generations of mosquitoes in the year.”

With each generation the population grows, and that’s bad news for Islanders and tourists alike trying to enjoy P.E.I.’s great outdoors.

Shoreline erosion is frequently raised as a consequence of climate change, but it can be difficult to measure.

Erosion from a particular event, such as post-tropical storm Dorian, is immediately apparent. But while more frequent and severe storms are a predicted consequence of climate change, no single storm can be tied to it.

And the cumulative effect of more days when the wind gusts higher than 50 km/h an hour, as climate data shows is happening on P.E.I., is even more difficult to measure.

At P.E.I. National Park, however, periodic aerial photographs of the shoreline at Cavendish have shown the impact.

Specialists at Parks Canada have used the aerial photographs to calculate the average erosion rates over the decades. In recent years, it has averaged close to a metre a year. In previous decades, it was closer to two-thirds of a metre.

There’s no way to hold back the ocean, so Parks Canada has responded by designing new infrastructure so it can be moved out of the way as the sea encroaches. This includes Parks Canada’s new bunkie, a camping shelter for visitors.

“As the shoreline erodes we can easily pick up and relocate these bunkies,” said Mombourquette.

“Part of the adaptation — the implementation of new, modular, small lightweight pieces of infrastructure that can be easily relocated.”

The hot weather is also having the obvious effect on operations at the park.

“With warmer weather, this can significantly increase visitation, traffic and congestion at beaches as visitors seek out places to swim and cool off in the heat,” he said.

This is forcing revisiting how to balance the two objectives of Parks Canada: to preserve natural habitats, and provide places where Canadians can enjoy the outdoors.

As crowds get bigger and beaches get smaller, it’s a balance that will only become more difficult.

The pieces in this four-part series: