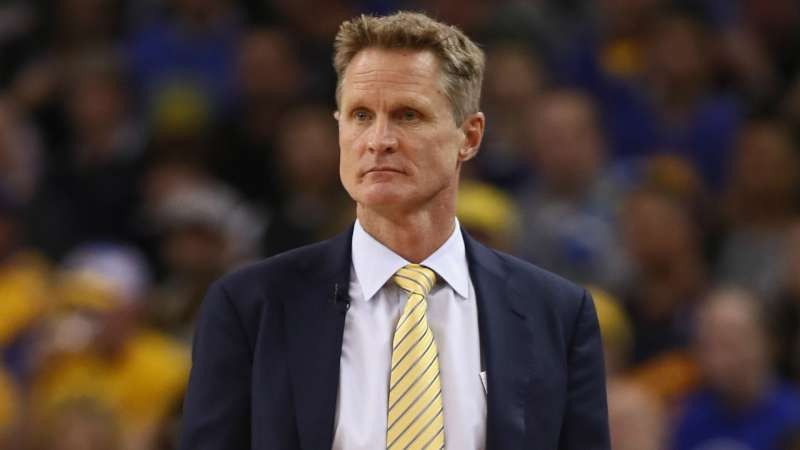 OAKLAND, Calif. (AP)  — Steve Kerr is involved in just about everything but the actual game-day coaching for the Golden State Warriors.

He’s still not ready to be back on the bench with the start of the NBA Finals less than a week away.

General manager Bob Myers made the announcement Thursday, though he didn’t rule out Kerr coming back at some point if he somehow is healthy enough to do so – though that doesn’t appear promising at this stage.

“If he feels better and we have to make those decisions, we will, but right now we’re not putting any deadlines on should he feel better what will we do,” Myers said. “It’ll be based on what day it is, how exactly he feels, how long he’s felt well. I should be saying this with more emotion because it’s hard for me. I’m kind of in this basketball mode but he’s a person and he’s not feeling well and that’s what makes it hard – more than how it affects our team is how he’s feeling that makes it very difficult to have to sit here and say that the man that’s hugely responsible for us being in the Finals for three years in a row, in a moment that he should be treasuring, can’t do it.

“It’s painful, and I know it’s painful for him more than anybody.”

The team returned to practice following a two-day break after completing a four-game sweep of the Spurs on Monday night to improve to 12-0 this postseason.

The 51-year-old Kerr underwent a procedure May 5 to repair a spinal fluid leak stemming from complications after a pair of back surgeries in 2015, after the Warriors won their first championship in 40 years during his first season as coach.

Kerr returned to practice May 13 after more than three weeks off the court. He then traveled for the Western Conference finals to San Antonio and has been watching games from behind the scenes, speaking to the team beforehand and during halftime. Acting coach Mike Brown has been leading Golden State during Kerr’s absence.

Brown said he will continue to lead the way with reigning NBA Coach of the Year Kerr’s guidance until told otherwise.

“This is unusual, right?” Myers said. “It’s a lot of gray area even though Mike has won all these games. There’s no right or wrong way to handle this, short of looking in his eyes: `How you feeling? How do you feel about doing it?’ We talk among ourselves. I hope we have that chance to make that determination. That means he’s feeling better. I hope I’m sitting up here again saying something good. To be honest, if he’s feeling better, I’m so happy about that.”